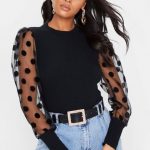 By Catherine Taylor  “Another year over, a new one just begun,” as the classic Christmas song goes. 2020 brings with it more than just a new decade; a host of classic fashion trends are scheduled to receive some serious time in the spotlight this new year. From polka dots to crochet, to suiting and shirts, some sartorial choices just never die – even in a new decade. If … END_OF_DOCUMENT_TOKEN_TO_BE_REPLACED 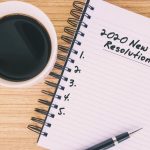 By Rachel Garvey  First of all, happy 2020, fellow readers! The start of a new decade comes with the motivation to change and better ourselves. Ha! If only any word in that sentence was even remotely true. This happens every single year, where we delude ourselves into thinking we will get into new and healthier habits that will better our lifestyle or how we say we will have … END_OF_DOCUMENT_TOKEN_TO_BE_REPLACED

By Saoirse Higgins  Ideas on what constitutes a healthy relationship have evolved greatly over the past few centuries. During the middle ages in the Western world, arranged, loveless and abusive marriages were considered the norm. However, in the 21st century we have moved far from this concept.  Today, according to the Hall Health Centre, a healthy relationship is made … END_OF_DOCUMENT_TOKEN_TO_BE_REPLACED

By Jody Moylan  ‘It’s all ahead of you’ is one of the most common (and clichéd) phrases college students will hear. But what, exactly, is ahead of you? I spoke to seven college graduates and mature students about life in the outside world, what they’ve experienced, and most importantly; what they’ve learned.  Kevin:  I remember walking out of school after … END_OF_DOCUMENT_TOKEN_TO_BE_REPLACED 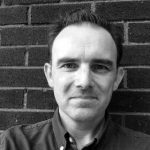 By Jody Moylan During the holidays, I ended up in Kosovo by mistake. Having arrived in Sofia for a week-long tour of the south Balkans (to take in Bulgaria, Macedonia and Greece) my well laid plans were scuppered by day two. I discovered that though my bus timetable was correct, I hadn’t factored in Orthodox Christmas, for which I’d landed in Skopje in Macedonia smack-bang … END_OF_DOCUMENT_TOKEN_TO_BE_REPLACED