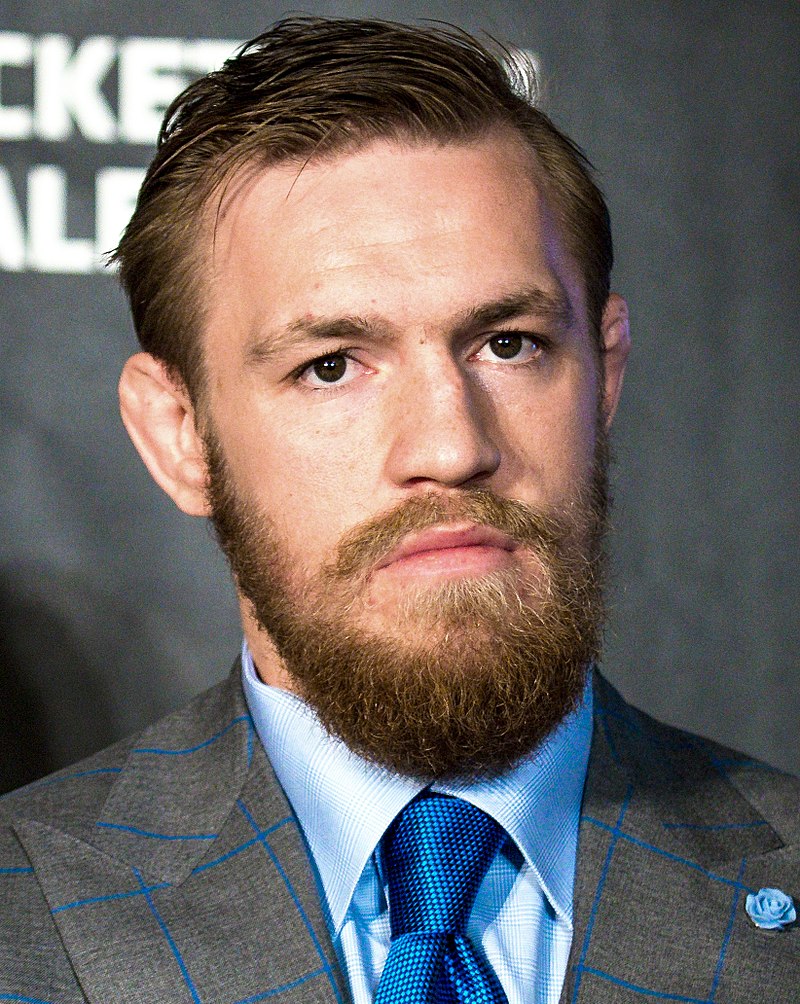 NOTE: This article was written before the McGregor-Cerrone fight had taken place.

Conor McGregor: the name itself brings a divided opinion amongst both mixed martial arts fans and the people of Ireland. A mixed martial arts fan reminiscing about McGregor would recall memories of a brash, cocky Irishman who changed the fortune of the Ultimate Fighting Championship and helped them break through on a global scale. Knocking out some of the greatest fighters who were the standard bearers of both the featherweight and lightweight divisions and becoming champions of both divisions simultaneously. However, mentioning his name amongst the average Irish person brings up hatred, and so a verbal portrait is painted of a man who is not an elite athlete, but rather a thug who has let money and power get the better of him. After an eighteen-month absence, he returns fighting for his reputation, honour and credibility as still being the same calibre fighter who sat on top of the octagon with two belts, and two divisions conquered.

When analysing Conor McGregor’s chances in his majorly hyped return fight, one major indicator which can be easily overlooked is the motivation behind “Mystic Mac”. Reflecting back at his last mixed martial art fight against Khabib Nurmagomedov, it came off the back of the biggest fight in combat sports history, a boxing match with the undefeated Floyd “Money” Mayweather. This laidback nature and complacency prevented him from performing as the best version of himself, which was a recipe for disaster for someone entering the octagon against a man who, before the McGregor fight, had never lost a round, never mind a fight. This loss against such a hated rival sent McGregor’s life into disarray, as assault charges and other misdeeds turned McGregor into a social pariah, with UFC distancing themselves from him so as not to reflect badly on the company as a whole.

This fight, when broken down on the surface, weighs up multiple interesting outcomes for both men. Conor McGregor is a very quick starter out of the octagon and has tremendous speed and timing, which complements the power in his left hand and allows him to throw with as much talent and venom as a professional boxer. His improvement in his ground game, with the help of Brazilian Jiu-Jitsu black belt Dillon Danis, has helped him become more rounded as a fighter. However, should the fight make it to the later rounds, specifically the fourth and fifth rounds, it’s a totally different ball game, as the one weakness that McGregor may have is his cardio, which was greatly tested and arguably exploited when his fights have gotten to the later stages, most notably the fourth and fifth rounds. Another major test for McGregor is that he is not a natural welterweight, and before his two infamous bouts with Nate Diaz had never fought in this weight class.

Donald Cerrone is one of the most well rounded mixed martial artists in the UFC and combines his skill as a former professional kick boxer with a black belt in Brazilian Jiu-Jitsu under Eliot Marshall. Cerrone also has the honour of being the man who has the most finishes in UFC history, with fifteen, as well as having the most wins in UFC history with twenty-one. Cerrone is vulnerable when it comes to fighting someone who applies the pressure early and often, which was seen in his most recent fight against a staple of the lightweight division, Justin Gaethje. Cerrone fights with a rather composed, and some might say a slow pace, but it is anything but that. Cerrone is methodical to the point where it would explain how his mixed martial arts career has had such longevity through the years. However, this approach didn’t serve him well, as he was stopped in the first round by Gaethje. The best analogy for this fight was that Cerrone was a sniper, dangerous from distance but also at the same time requiring the perfect set up to stop his opponent. Whereas Gaethje was a machine gun, constantly applying a wide variety of pressure whilst not letting up on a man who’s famous for starting fights slowly.

By all accounts, McGregor has turned over a new leaf, in terms of both preparation and mindset for this return fight, possibly seeing this fight as a springboard to returning to title contention later in the year, and even perhaps a start on the road to setting up the much sought-after rematch with Khabib Nurmagomedov. However, McGregor must not overlook “The Cowboy”, who many have stated may possess the skills to win, as well as all the motivation to seriously derail the McGregor hype train.