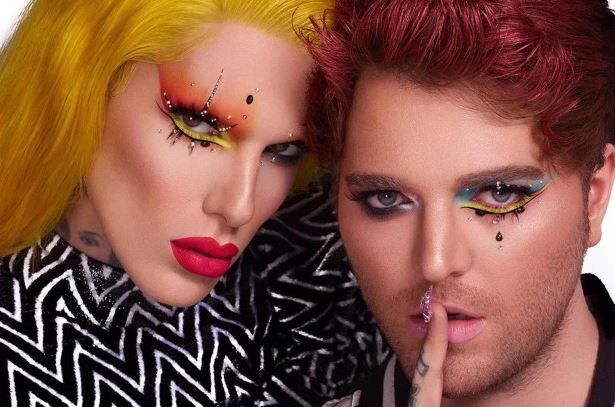 It seems that, for as long as YouTube has been around, beauty gurus have been too. For as long as that beauty community has existed, there have been YouTuber makeup releases. It might be fair to say that in this long, brightly pigmented and, dare we say it, not vitally important history, nothing’s been as quite as big as the newly released Jeffree Starr x Shane Dawson Conspiracy line. Literally crashing its seller’s site, the demand on this eyeshadow palette is through the roof. With this exemplifying the appeal of YouTubers’ own makeup brands, we have to question whether all the products created and released by these ‘influencers’ really are the result of months of passion and hard work, or is there a far more pessimistic reality, that these YouTubers are simply in it for the money?

Starting off on the topic of money, some YouTuber beauty products are clearly leaning on the more expensive side. The Morphe x Jaclyn Hill The Master brush collection is valued at a staggering €317, and sold for €185, while The James Charles Palette is being sold for €43. Kylie Jenner’s Blush Bundle, which includes 5 blush powders, weighing a total of less than 40 grams, costs €96. While one could argue that these makeup products are the influencers’ livelihoods, other YouTubers, such as Zoella, with her Zoella x Colourpop Brunch Date collection, and MannyMUA’s Fall-themed palette costing €27, less than two thirds the price of James Charles’ palette, show that it is possible to create and sell cosmetics which won’t break the bank of their customers.

However, with so many products running off the shelves, it’s clear that customers are willing to pay both low and high prices for their favourite Youtuber’s products. But is it worth it? Well, that question is not as easy to answer. Earlier this year, Jaclyn Hill made headlines when her own brand of makeup, Jaclyn Cosmetics, was found to be contaminated. Customers from across the globe were posting photos on social media of her lipstick, showing the actual pigment to be lumpy, scratched or with hair-like fabric in it. Costing $18, Hill initially defended the lipstick, but was forced to recall her cosmetics when customers began complaining of swelling and sickness after wearing her lipstick. While Hill later apologised and gave complete refunds, the whole situation led beauty buffs to beg the question, how involved are Youtubers in the production of their products? Do they simply stamp their name on the packaging and take revenue from each sale?

With this bleak view to take on the industry, it’s equally important to look at the influencers who clearly put a lot of time and effort into their products. For the first time ever, Shane Dawson’s most recent web series on Jeffree Star allowed the general public to see the process of the creation of a product, from conception to planning to release. Even after just a glance at his videos, you can see how important the Conspiracy line is to both Shane and Jeffree. Although money must be a motivation at some level, the makeup line is a way in which the two men, especially Shane, who struggled with self-image his whole life, can to express and represent themselves. Other YouTubers’ products, such as the cosmetics of Huda Kattan and Manny MUA, also have been released to wide public acclaim.

No matter whether you’re a sworn enthusiast of a selection of different YouTubers’ makeup brands or a firm believer that these influencers are money grabbing in exchange for cheaply made cosmetics, from the popularity of the Shane and Jefree Conspiracy line, it seems that YouTube makeup brands are here to stay.