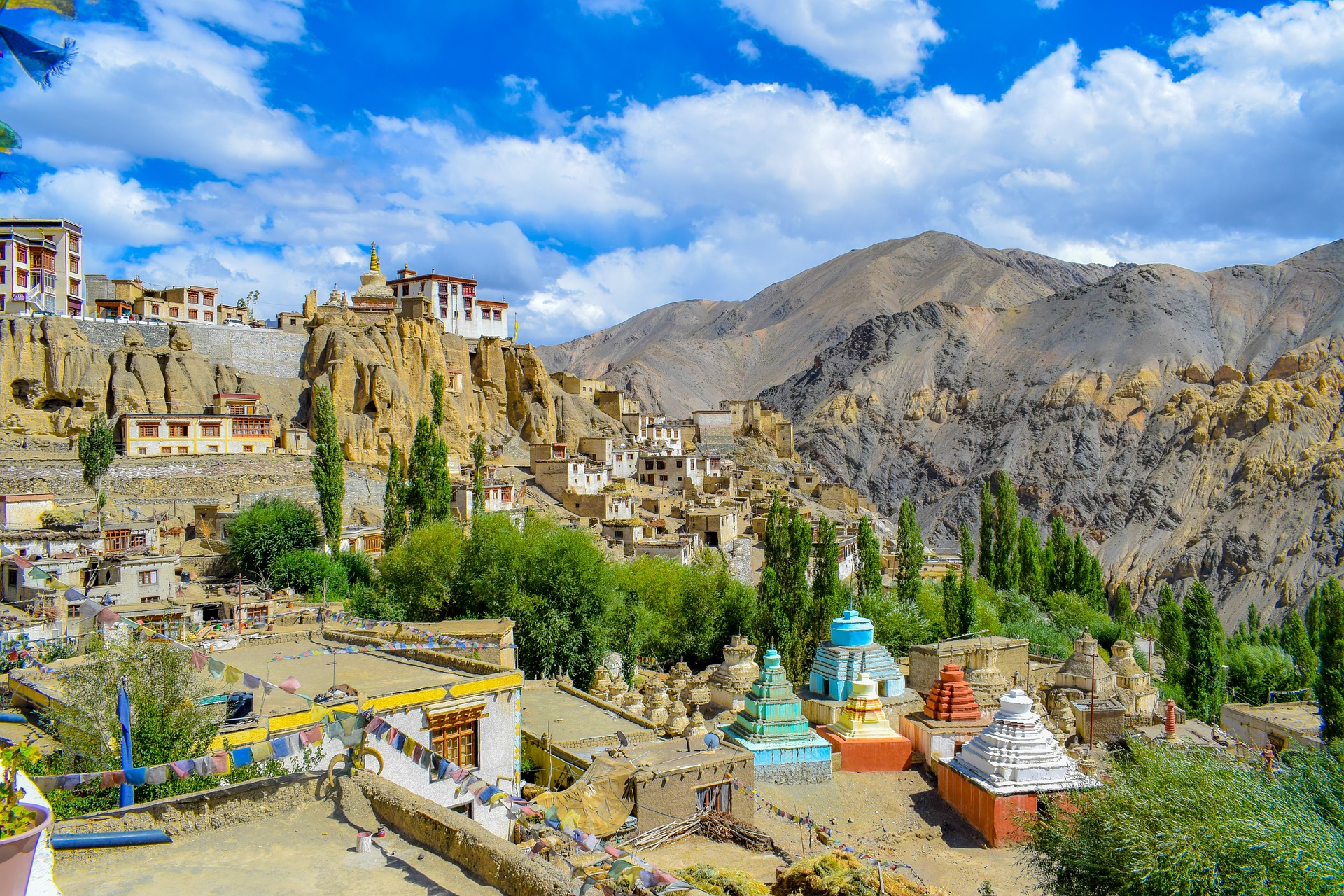 Ladakh is the northernmost part of India, bordering Tibet and Kashmir. Famous for its arid mountains, whitewashed stupas and gompas, fluttering prayer flags and prayer wheels, red-robed monks and golden Buddhas, Ladakh is a destination unlike any other in the world.

Here’s a list of some of the places you should keep note of while visiting:

Leh is a town in the Leh district of the Ladakh region. It is one of the oldest towns in Ladakh and has multitudes of visitors throughout the year. The town has a unique and ancient market, full of restaurants offering local cuisines. The local cuisine offers a fusion of elements derived from Tibetan and continental dishes. Some of the famous dishes you could relish here include Thenkthuk, Thukpa, Tigmo, and Mokthuk. A few restaurants, like Lamayuru, are found in the crowded tiny market lanes of the hilly town, while a few, like Bon Appetit, are on the outskirts of the market, with a magnificent view of the Himalayan ranges behind.

Leh is famous for several Tibetan Monasteries, the most famous of which are Hemis and Thiksey. Hemis, the largest monastery in Ladakh, is located a few kilometers from the town, sandwiched between brown and green, barren Mountains. The Thiksey Monastery is much closer to the town and boasts one of the largest statues of Buddha in Ladakh, rising to 49 feet. These are good places for meditation and self-discovery.

Another famous attraction in Leh is the confluence of the two rivers which run through the region, Zanskar and Indus. The colours and hues of the rivers change every season. The brown mountains in the background of the deep emerald green and bright blue waters are a sight to behold. The Leh Palace, built by Sengge Namgyal in 1600 AD, was once the seat of power in the Himalayan kingdom of Ladakh. It is now a museum and gallery for visitors to peek into the history and culture of the region.

Khardung-la and Chang-la pass are some of the highest motorable passes in the world, flocked by enthusiastic, experienced and adventurous bikers from around the world.

Famous for the Bactrian Double hump Camels, this cold desert offers diverse views to behold. From cold sand dunes on one hand to oases and colourful trees on the other. All of this has a background of mountains that changes colours throughout the day, from blue to green to purple. Famous places to visit in this area include the Diskit Gompa, a monastery perched on a hill. While here, you could also spend your evening relaxing to the tunes of some traditional music and dance events in the Hunder Village.

Situated at a height of 14,270 ft above ground level is a 134 km long lake. More than half of the lake is in China, and around 40% is in Ladakh, India. The eastern part of the lake is fresh, while the western part is brackish. In summer, the water in the lake appears to take on different hues during different times of the day. You will not find any hotels or homestays in this region as it is almost uninhabitable for most of the year, during which the lake is frozen. In warmer seasons, however, you could stay in temporary camps that crop up on the shores of the lake. Don’t forget to carry some extra warm clothes as it gets extremely cold in this part of the world.