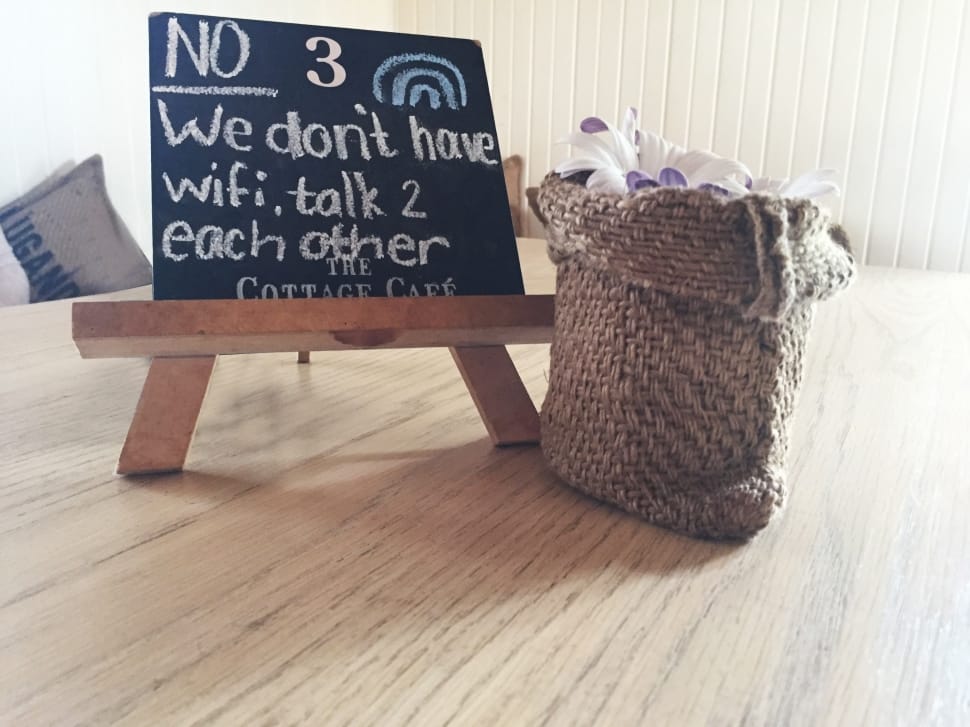 Have you ever been telling your friend a story, and you’re not pulling out your full comedic chops, yet your audience gives that little quiet chuckle anyway? Emboldened by how funny you are, even when you weren’t trying, you continue the bit. “I know, hilarious, isn’t it??” you implore. Then, the friend looks up from their phone, bewildered. “Sorry, what were you talking about, I just saw this really funny video/meme/gif on my phone”, they say, and just like that, the illusion is shattered. You could be the funniest person alive, but your friend doesn’t care, because you’ll never be as interesting as their Insta feed…

There is nothing more disheartening than seeing people eating or drinking “together”, when they may as well have just come alone because they spend more time looking at a screen than at the person across the table from them. It’s almost a rarity now to catch up with someone without one of us reaching for our phones throughout the conversation. Many establishments these days use their WiFi connection to entice people through the front door, and free WiFi seems to get people’s mouths watering more than anything else on the specials board. From my years of waitressing experience, the one question that still rings through my nightmares is from the daily customers who would ask “What’s your WiFi code?” before you could even get their order. I understand though, really. After all, was your fancy dinner even worth it if you don’t post the perfect picture of your dish on Instagram? Does the artwork carefully embellished on your coffee count for anything if you can’t immediately display it on your story? And aren’t all dining experiences improved upon with fine conversation? And now we can converse with dozens of people at the touch of a button. We just don’t want, apparently, to converse with the person we went out to dinner with.

Coffee shops used to be the perfect place for people-watching. You could sit back with a cup of something hot and be warmed up by all the goings-on around you. Listen in on awkward dates at a nearby table. Hold back snickers at the stories you can hear from the group of oversharing mothers nearby, bemoaning the less than glamorous life of childrearing. Nowadays, though, if you looked around a coffee shop, people are all doing exactly the same thing – staring, scrolling and swiping at their smartphones.

And we’re killing off meet-cutes! How many couples once locked eyes across a little café, before one approached the other and that was the start of something special? Probably not many, to be fair, but Joey in Friends met so many gorgeous girls in the show’s Central Perk café, and he always got their number before the scene was over. Nobody flirts and gets numbers in cafes anymore. Nobody notices if there’s somebody really hot that just walked in, because they’re busy looking at someone hotter (and heavily filtered) on their phone.

Perhaps having no WiFi in restaurants and cafés will help us start interacting with other humans again. Maybe people will finish a meal and leave feeling like something genuine has been shared. Maybe people will really look at their friend’s face when they ask, “How have you been?” Maybe, once the distraction of a phone is put away, we’ll notice that a family member’s smile isn’t quite meeting their eyes, and we’ll actually get around to having that chat about what’s wrong. Maybe we’ll become amazing pickup artists, putting away Tinder and finding plenty of romantic connections in the real world, falling for people and not pictures. It will all be very quaint, like how our parents and grandparents used to navigate the dating scene. Maybe. Or maybe people will just give out to their waitress about the lack of Wifi, and then turn on their 3G and carry on as they were.