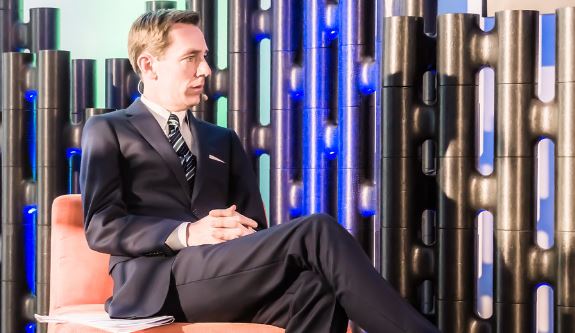 On Thursday the 7th of November, RTÉ announced its plans to introduce numerous cost–cutting measures in order to solve the financial crisis it finds itself in. Some of the cost–cutting measures included reducing its workforce by 200, closing its Lyric FM studio in Limerick and moving it to Cork and Dublin, shutting down its Aertel service and its digital radio network and reducing the fees it pays to its top stars by 15% and reducing its executive board pay by 10%. It’s hoped that these cost-cutting measures will reduce projected costs by €60 million over the next three years. Anyone listening to Ivan Yates’s comments on the issue would fully agree with what he was arguing for. He argued that RTÉ’s director-general Dee Forbes should be fired, since she hasn’t got to grips with the financial crisis at RTÉ and all she’s done for the last few years is complain to the government that they should increase the TV license fee. Ivan went further and posed the question why does RTÉ have 2FM at all? I couldn’t agree more with Ivan’s comments. It’s embarrassing to think that, after three years in the job as director-general of RTÉ, all Dee Forbes can come up with is to continuously ask for politicians to increase the TV license fee to solve the problem RTÉ created itself by paying extraordinary amounts to its top presenters.

We don’t need RTÉ 2FM either, as Today FM and iRadio offer similar alternatives. RTÉ needs to have a reality check and needs to stop paying its so-called on-air presenters excessive amount of money. Figures released in 2016 show that Ryan Tubridy was RTÉ’s top earner, on an annual salary of €495,000, Ray D’Arcy is second on the list, on an annual salary of €450,000, Joe Duffy is in third place, on an annual salary of €416,893, and coming in fourth position is Sean O’Rourke, on an annual sum of €308,964. RTÉ’s top female earner is Mariam O’Callaghan and is in fifth place on €299,000 annually, and finally, Marian Finucane is in sixth place on €295,000 annually. All you must do is look at those figures to realize how RTÉ got into such a financial crisis. Their presenters simply earn an excessive amount of money and it is completely disproportionate to the little work some of them do. I don’t want to single anybody out, but Marian Finucane is the perfect example of this. She only has two shows on RTÉ Radio 1 and they’re only on a Saturday and Sunday from 11am–1pm and yet, she earns €295,000 a year. Even with the proposed 15% wage cut, she will still be earning €250,000 annually.

RTÉ has always claimed that it must pay high wages to its stars in order to keep them from leaving or joining competitors in the UK, but nobody seriously buys this argument. The fact is, if Ryan Tubridy left RTÉ tomorrow I can’t see the BBC coming in for him, when they already have talk show hosts such as Graham Norton. All RTÉ presenters’ salaries should be capped at €100,000 annually and even this is being quite generous. Ms. Forbes’s comment that ‘RTÉ stars are worth as much as the Taoiseach’ just sums up the problem at RTÉ. No one in the public sector should be earning more than the Taoiseach, who holds the highest office in the country. Ms. Forbes herself is on an annual salary of €338,000, which, again, is an excessive amount regardless of her title of director-general.

Management such as Ms. Forbes will take a 10% wage cut under the cost-cutting proposals, but, again, like the on-air presenter’s salaries, they’re still on far too much. It’s time RTÉ and its management went back to basic economics and started making more money than it spends. They’ve done nothing to increase its revenue and, unless they do, the financial crisis is only going to get worse. The time is right to cut all their high earners down to a sustainable salary and those that decide to leave can always be replaced. None of the big earners, from what I can see, offer anything different or exclusive to RTÉ that no one else could do. If RTÉ doesn’t get a reality check soon and goes back to the basic economics of how to run a business, then I’m afraid it’s not just the big stars that they could potentially lose, it could also be RTÉ itself.