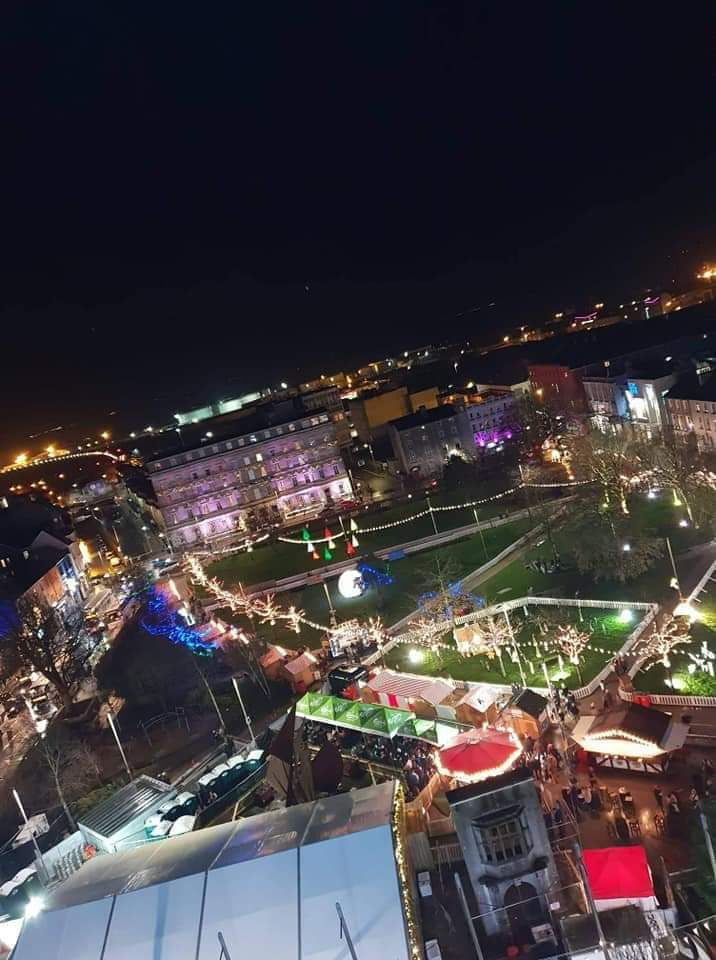 Galway is welcoming the 2019 Christmas market with open arms, as the market celebrates a decade of successfully entertaining local Galwegians and tourists alike that visit Galway for this special event.

Ms Moynihan Lee promised that there will be more artisan traders, as well as more intricate lights and decorations to augment the atmosphere for the public. The market is in operation until Sunday 22nd December and the organisers have posted their opening hours on their Facebook page. The market opens at 12pm from Monday to Wednesday, closing at 8, while, between Thursday and Sunday, it stays open until the later time of 10pm, opening at 10am.

The Christmas market returns with all its Christmas goodies, including 50 wooden stalls with a wide range of stock from hand-knitted woolly hats to Christmas décor for your household or garden. Families can expect to see Santa’s Grotto, where they can visit the one and only Santa Claus and his elves. Of course, most importantly, the German Bier Keller returns, where students and locals can relax and enjoy their wide range of German beers, steins, apple cider and mulled wine.

The Market also plays host to various amusement rides too, such as, the 32 metre Big Wheel, the traditional Carousel and Santa’s Express Train, which journeys its way around the inner-city centre to give passengers a taste of Galway’s Christmas lights. Visitors can also expect live performances, choir singing, puppet shows and will be able to walk through the lit-up areas of Eyre Square, where giant lights will be set up, as well as the Gingerbread Man’s House display. The Christmas Market has also posted their exclusive VIP offer for the Big Wheel again this year, giving four people the chance to experience a luxurious twenty-five minute VIP experience on the wheel complete with Prosecco, fluffy blanket and a box of chocolates, all for fifty euro.

Galway Tourism has estimated that 650,000 visitors were at last year’s market, with many getting to experience the taste of a wide variety of foods that ranged from German Bratwurst to French pastries, pretzels, crepes and waffles. There is simply something for everyone’s tastes.

The iconic market was officially launched on November 15th, with the Light up Galway festival also launching on the same evening with both events bringing Christmas cheer to Galway city. Galway Tourism revealed that, “This year’s events will see a collection on the night for Rosabel’s Room to help raise awareness and support for those suffering the loss of a loved one”.

Locals can expect to enjoy the market for a longer period of time over the approaching Christmas season as well as more lighting and better décor this year. The locals of Galway and tourists from far and wide never leave the Christmas market disappointed and social media is already flooded with comments and posts about how individuals are looking forward to this year’s market.