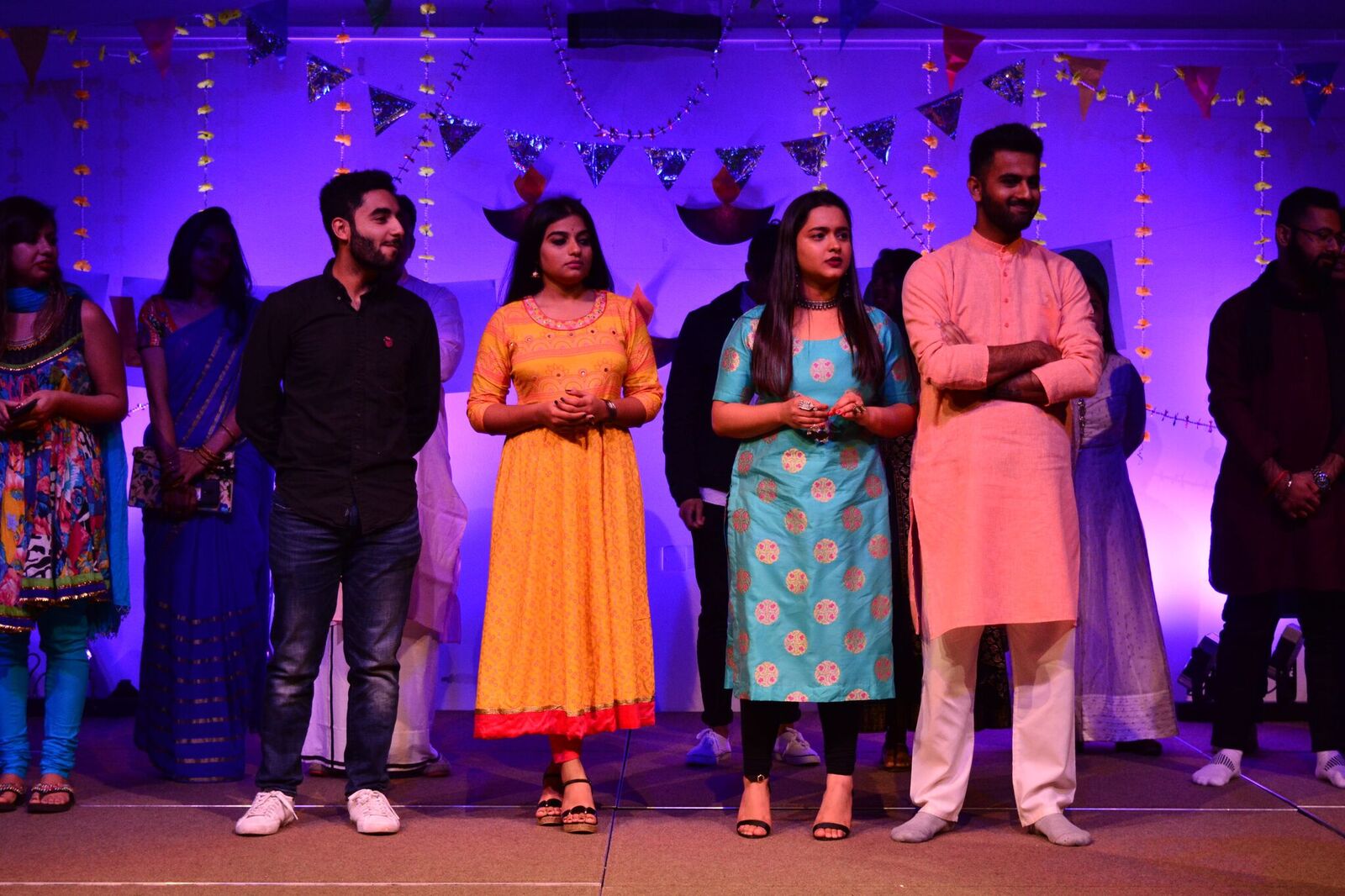 With lights, dance, Bollywood songs, and Indian cuisine, NUI Galway witnessed a spectacular Diwali night on Sunday the 27th of October, when more than 550 visitors turned out at the Bailey Allen Hall – the highest attendance in recent years.

Diwali is a celebration of the biggest Indian festival at a home far from home.

The event’s committee members had been extraordinarily active in the last few weeks promoting one of the most highly anticipated events of 2019.

The event kick-started with an introductory speech by the auditor of NUI Galway India Soc for this year, Hasan Farooqui, a first-year postgrad student in Enterprise Systems. In his speech, Hasan introduced well–respected Professor Abhay Pandit to the newcomers. Dr Pandit is a prominent professor of Biomaterials here at NUI Galway and the Director of the Centre for Research in Medical Devices (CÚRAM). His achievements in biomaterials have earned him a place in the International Who’s Who of Professionals and is also listed in Who’s Who in American Universities. After his brief speech, Professor Pandit lit up a ceremonial lamp and formally inaugurated the event.

The entertainment started with a duet performance by two Business Analytics postgraduate students, Apurva and Shreya, followed by a solo singing performance by Prahalad. Despite being away from India, the Indian students felt at home on the night. Many guests from other countries were seen in vibrant Indian ethnic garments and took part in the celebrations with high spirit and enthusiasm.

Another duet performance by Stuti & Sudeshna brought the crowd to their feet. While the viewers were warming up, the highlight of the event was presented by Magalakshmi, Apurva, Apoorva, Shubham, and Bharat. The crowd burst into cheers and the Bailey Allen Hall turned into a dance floor. The event was an artful impersonation of Bollywood movie celebrities, delivered by Saket Kumar, event manager of India Soc. An ice-breaker game hosted by Rajdeep and Shreya preceded the flavoursome dinner.

Among other important guests, Dr Denis Dennehy, the Programme Director of MSc. Business Analytics, stole the show in his usual exuberant style and Indian ethnic Kurta. Dr Michael Schukat, the former Head of the Department of Information Technology, witnessed the celebration with his wife, while Dr Patricia McHugh, lecturer in Marketing & course director of Digital Marketing also joined in with the festivities.

The owner of the Santoor Indian Restaurant, Tariqul Islam, was present at the event, and he catered with the help of other volunteers. From the snack-box given away upon arrival to the dinner, everyone seemed to enjoy the quintessential Indian cuisines offered.

The huge participation of members from different societies contributed to the success of the event and represented the diversity of NUI Galway. The event was a confluence of many nationalities, namely Irish, Spanish, Italian, Pakistani, Chinese, Nigerian, and more. Students from GMIT and Yeats College Galway also got involved in the celebration.

The event was a major success and entertained a huge audience. The Halloween parade didn’t undermine the turnouts in any way, which was feared beforehand.

All those involved now look forward to 2020 for the next major event, Holi.