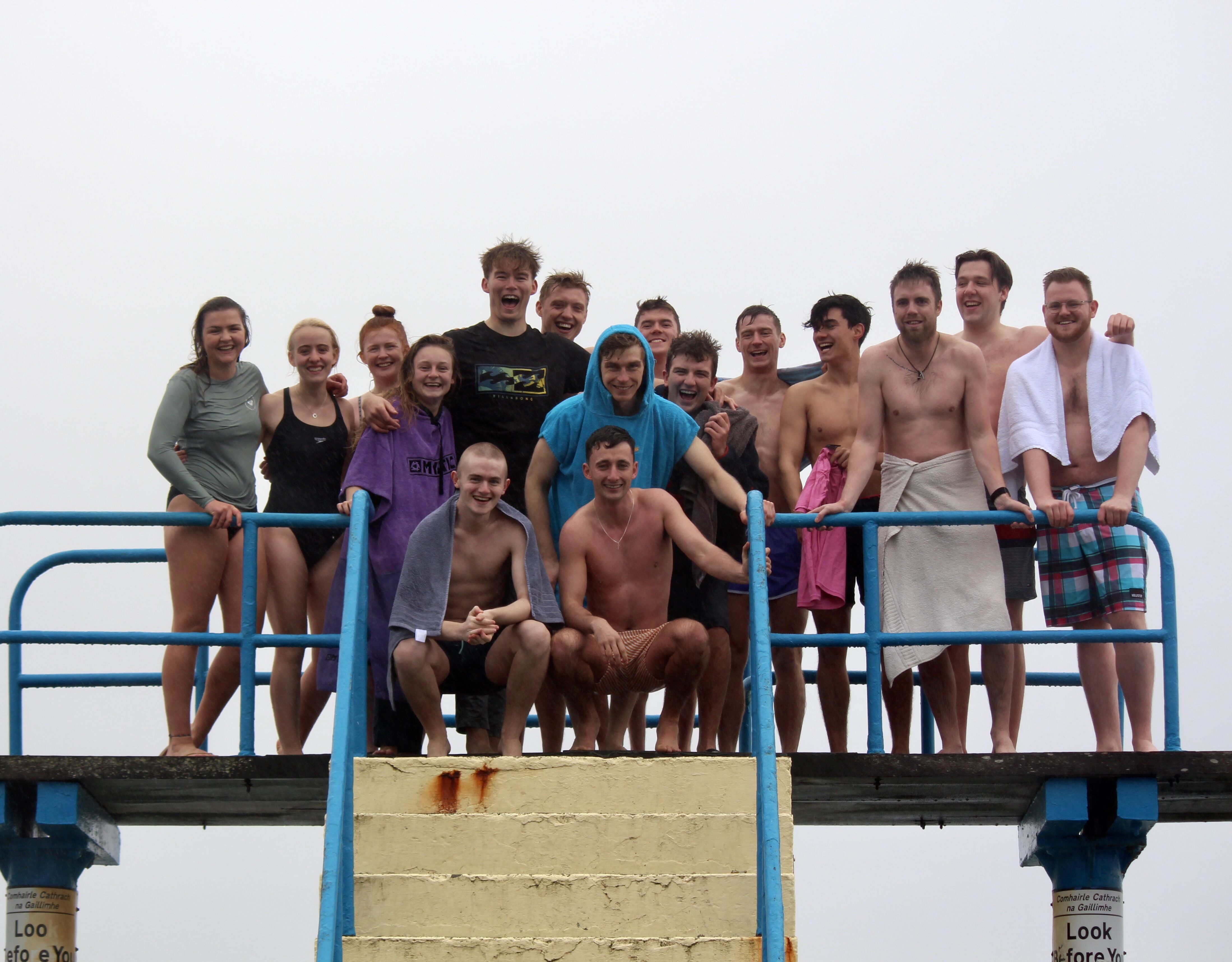 NUI Galway’s charity event, “Coldvember” has returned for a second year in succession to create awareness for mental health and raise funds for the University’s counselling services.

The initiative sees the six founding members of the event, and anyone brave enough to face the cold Atlantic Ocean, take the plunge and enter the chilly waters at Blackrock Diving Tower every morning during the month of November.

While the money raised through “Coldvember” was contributed towards the Movember foundation last year, this year, the organisers of the event wanted to focus on raising money for NUI Galway itself. The organisers thereby seek to give back directly to the community and “see the fruits of (their) fundraiser”.

Through the money that is raised for NUI Galway’s counselling services, financial support will be provided for online counselling platforms such as Silvercloud, as well as providing payment for trained counsellors to monitor students’ progress on these platforms. The money will also aim to enable more students and staff to take part in educational workshops on mental health.

Student Union’s Welfare and Equality Officer, Brandon Walsh, praised the fundraiser, telling SIN,  “I think it is absolutely fantastic that there is a group of students that are taking this initiative to raise money for vital services here on campus and it’s really good as well to show the correlation between good mental health and physical activity”.

All the participants agree that they are supporting “Coldvember” primarily to raise awareness for mental health and believe it is a great way to meet new people. Shane Mooney voices that it is good to come down to Salthill in the morning and that the dip in the sea “wakes you up for the day”.

If you are not up to taking the plunge on your own, convince a friend, a neighbour, your society or your club to come down with you. As Cian Lankford says: “It is a bit easier if you got two fellas going down and getting a freezing than one, you know?”

Donation, big or small can be made at the fundraiser’s official JustGiving page.

At the end of the day, we all have to watch out for one another, and it is “Coldvember’s” biggest achievement yet to make us aware of that.