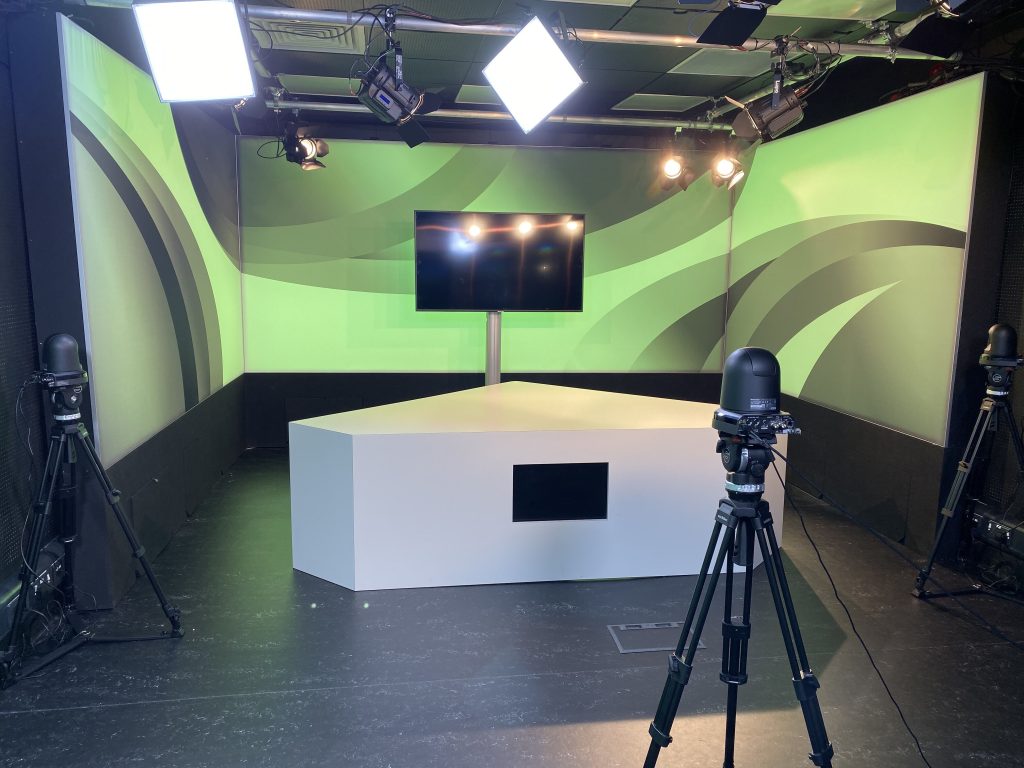 A state-of-the-art TV studio is set to open in NUI Galway by the new year.

The project, which began in July, is being backed by the new discipline of Journalism and Communication and has cost the University approximately a quarter of a million euro to complete.

Tom Felle, head of the discipline of Journalism and Communication believes that there was “a need for investment in new facilities”, in order to bring the discipline up to an international standard. “There is no reason that a student studying in NUI Galway should not have the same standard of facilities to that of a student in New York or London”, he said.

Since taking his new position only 14 months ago, Mr Felle has already began to achieve this goal with both the radio and the new TV studio. The completion of the studio brought together a wide range of professional staff from construction, IT, set designers and lighting specialists. Some key drivers behind the studio’s completion were Director of CELT (Centre for excellence in learning and teaching) Dr. Iain Mac Labhrainn, Anne Marie Forde and Naomh Cassidy from the Buildings and Estates Department, as well as Conor McMahon from Information Solutions and Services at the University.

The TV studio is one of the most advanced in Ireland. It uses a Tricaster TC1, a television operating system that is used professionally worldwide. The studio is fitted with 4K cameras and a DMX system which allows lighting control. This completely changes how the studio looks depending on the chosen color and lighting scheme.

The new studio is effectively divided in two, with one room dedicated to news and current affairs, as the studio is fitted out to cater for news style presenting or panel discussions, while the other room features a green screen, which can be used for many different types of programming, making the studio extremely versatile for different training purposes.

There is set to be a new Masters in Broadcasting and, with the addition of the new TV studio, this programme will be extremely applicable to modern media. Journalism students both under and postgraduate will also utilize the studio as part of their course work. The studio will then ultimately be open to all students of NUI Galway, providing an essential asset on campus.

Adding to the appeal of the studio, the technology that has been used is extremely modern, with one of the fastest broadband connections in the west of Ireland. It has 10gb data speed, which is 10 times faster than fibre. Thanks tohis, it can broadcast live to anywhere in the world, meaning that, if the University wishes to make a statement on national or international television, they can now do so directly from campus.

Students will also be able to broadcast to monitors on campus, which will give student media a new means of broadcasting, sharing and shaping the news. The official launch is set to take place in the new year.