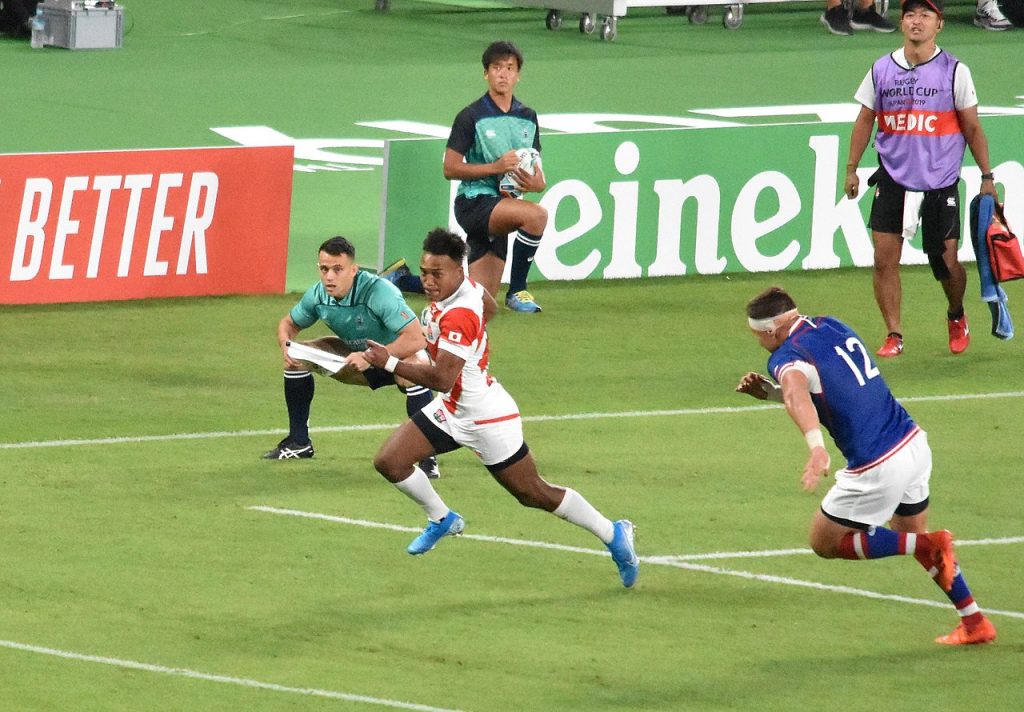 There is a growing trend of hosting major competitions in more extreme climates. Most people would consider Japan to be a modern, first–world country. The problem is holding a competition, like the Rugby World Cup, during typhoon season, which, by any metric, should not happen. Yet, there was a need from rugby officials to hold the tournament in what they would consider an ‘emerging market’, with their goal of trying to grow the game in Japan.

Even with their good intentions, organising the event for four years, just to host it during the worst weather period, is not just idiotic, but careless. No World Cup game should ever have to be cancelled and the fact that there was no back–up venue in case of any emergency has a disastrous effect on rugby’s governing body’s reputation.

Another problem with the cancellation ordeal is the lack of respect given to smaller countries, which was astounding. There was no clearer example than the New Zealand versus Italy game. Italy captain Sergio Parisse made a good point when he asked, would it have been cancelled if New Zealand needed a bonus point victory? You would seriously have to doubt that. The fact that this has not been a much bigger story is puzzling to me. If the same thing was to happen in the FIFA World Cup, there would undoubtedly be outrage from all corners of the globe. The fact that it’s rugby, and not nearly as globally popular, has let the governing body off the hook to a certain extent.

However, the running of World Rugby is near saintly when compared to the disaster we know as FIFA, with their granting of the World Cup to a country virtually unknown for football, in Qatar. It was one of the most obvious fixed events in sports history, with very little resistance to the claims of corruption, which ultimately spelled the end of the Sepp Blatter era in FIFA.

Now, it looks like, despite human rights violations, player welfare concerns and holding the event in winter, the next World Cup will take place on Qatari soil, or, more accurately, sand. This, unfortunately, is nothing surprising for most sports fans, with fewer and fewer major sporting events being held in traditional locations in an attempt to chase untapped markets.

Up until recently, this trend had not been of much concern until the Rio Olympics, with the stream of constant problems being one of the major stories from the games. This was very much the same story with the IAAF championships in Qatar this year, with the Women’s Marathon taking place at midnight due to the unbearable conditions. At some point, though, you’d have to consider the needs of the athletes. Even with air-conditioned stadiums, the conditions are dangerous, and it wouldn’t be inconceivable for it to cause serious damage to the athletes.

This is a problem that all sports are going to have to deal with and we are potentially looking at the future for most major sporting events. The question is how far will we go in the name of profit.