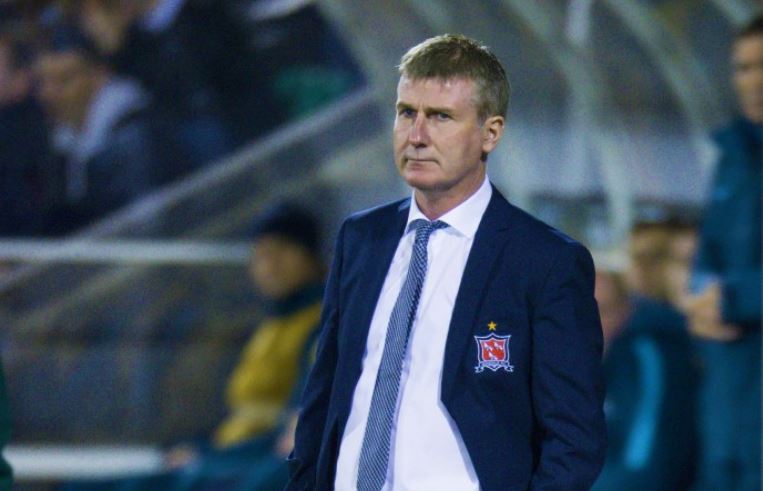 Irish football fans had high hopes going into the two UEFA EURO Championship qualifiers against Georgia and Switzerland. Unfortunately, those hopes were quickly dashed, after a poor 0-0 draw in Tbilisi against Georgia.

This meant Ireland had to get a win out of their last two games, against either the Swiss or the Danes, if they wanted to qualify automatically. We looked to Tuesday hoping a draw would at least do and instead, we were outplayed and deservedly lost 2-0 to Switzerland. In both games, all Ireland could do was go long and we could barely string more than three passes together.

Mick McCarthy’s side only had to get a draw and a win out of our last three games, and they couldn’t do it. In reality, it only came down to two crucial games all qualifying campaign, against Georgia and Switzerland and McCarthy failed the test miserably. The Georgia game was the more important, as, on paper, we’re the better team and Georgia offered the most realistic chance out of the last three games of a win and three points.

McCarthy was quite happy to get a draw against Georgia even though a win and three points would’ve made qualifying so much easier. McCarthy said after the game “It’s a point gained”, and that, “Had you offered me four points from two games against Georgia prior to the competition, I’d have taken it”.

We couldn’t even score against Georgia, but Gibraltar were able to score two against them only three days later. So, anyone that says that Ireland don’t have the quality or ability, needs to have a good rethink because, if you’re trying to say Gibraltar are a better team than Ireland, then I’m sorry, they’re not.

McCarthy has effectively been Martin O’Neill in disguise. The football hasn’t improved and the so-called spirit in the team was always there under O’Neill, even though the players didn’t show it in O’Neill’s last few games.

The fact is the European Championship has become one of the easiest football tournaments to qualify for, after the expansion from 16 teams to 24 teams for the final tournament. Even if we lose to Denmark in our final game, we still have a chance to qualify through the play-offs and could possible face Bosnia, Slovakia or Northern Ireland as our opponents.

To be honest, we don’t even deserve to qualify through the back door for the standard of football we’ve played all tournament and that style of football comes from the manager. Stephen Kenny can change this style of football to a slick passing and attacking style of football. Those who argue that League of Ireland fans, such as myself, have exaggerated how good Kenny is obviously haven’t seen the fantastic style of football the U21s have played, or how he turned Dundalk’s fortunes from relegation candidates to 4-time winners of the league during his reign.

Anyone that also says that Kenny wouldn’t be able for big international games, or wouldn’t be able to get the best out of a team lacking ability or skill compared to most opposition teams, should know about Dundalk’s European run in 2016. Kenny’s Dundalk team were completely inferior to AZ Alkmaar, Zenit St. Petersburg and Maccabi Tel Aviv on paper and yet still got 4 points and came close to getting two draws against Zenit St. Petersburg. Axel Witsel, a Belgian international and Zenit player, stated that Dundalk were ‘’the best we’ve played’’ after Dundalk’s two games against Zenit in the Europa League.

Kenny’s Dundalk team, similar to Ireland, lacked the resources and calibre of player compared to these other teams and yet still performed well and played attacking football. Kenny also will bring a much-needed freshness to the international team by changing up the personnel of the team, because, unlike McCarthy, he owes none of the players any loyalty. The truth is players such as Seamus Coleman, James McClean and Glenn Whelan are all well past it and should be dropped. It’s tough to say this about these players since they have been great servants to the national team, but they had their time and it’s time to give others a chance, such as Matt Doherty.

McCarthy won’t make these tough calls as he shows too much loyalty to these players, despite their poor performances throughout the whole campaign, and not just in recent games. Regardless, if we qualify for EURO 2020, McCarthy needs to go, as we haven’t improved whatsoever under him and the time is right for Stephen Kenny to come in and bring a much-needed change of personnel and style of football to the team.