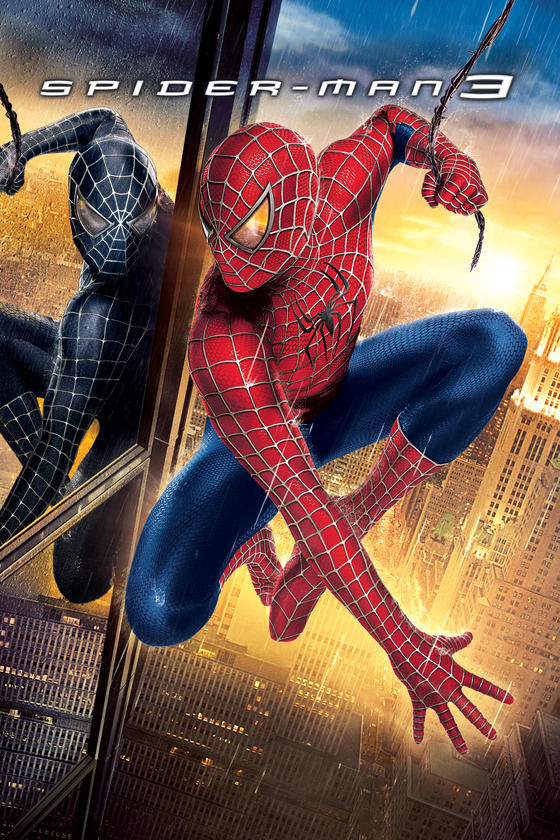 So, here we are, the big finale of the Raimi Spider-Man trilogy. And… it is a mess. This movie is legitimately the hardest review I’ve ever had to do. Whilst there are some legitimately fantastic elements, there are also some really, and I mean really, bad elements (the less said about ‘the dance’, the better). So, what exactly makes this film so polarising?

Let’s start off with some of the things Spider-Man 3 does well. This film deserves to be commended in its bravery to make its hero, Peter Parker (Maguire), an unlikeable jerk. We see Peter has let the fame of being the hero of New York City go to his head. His relationship with Mary Jane (Dunst) begins to strain, as he compares her ongoing problems with the problems he has to face as Spider-Man. Speaking of unlikeable protagonists, it’s a hot take, but I think the inclusion of the Venom symbiote, Klyntar if you wish, isn’t that bad. Whilst Venom the character, who I will get to shortly, isn’t executed very well into the story, the symbiote is great for developing Peter as a character, as it unleashes all his negative emotions and guilt that he’s been holding inside for the past two movies. Whilst symbiote Peter is on screen, it’s clear who the real villain of the film is. It isn’t until Peter hits Mary Jane that we see him reject the powers of the symbiote and return as Spider-Man.

Speaking of villains, this movie thought having three at once would be a great idea. Let’s start with Flint Marco/Sandman (Thomas Haden Church), because he is probably the best executed out of the three. Sandman’s motivations are simple and understandable. He’s a petty crook who is carrying guilt for the manslaughter of Uncle Ben, but is desperately trying to save his terminally ill daughter. Sandman’s CGI and fight choreography in the action scenes he’s in are also really good, with the Birth of Sandman scene masterful, thanks to very well aged effects and an excellent score. Moving on, we have Harry Osborne (Franco) who is a mixed bag. Harry had been built up as the villain over the past two films, with his urge to avenge his father being a prominent motivation in Spider-Man 2 and we do get it in this film, or a version of it at least. Harry is shown to be messing with the same chemicals that turned his father crazy in the first film, but, after he gets amnesia after a fight with Peter at the 15 minute mark, Harry and his threat as a villain are completely side-lined for half the film, until the middle of the second act, when he regains his memory because he gets rejected by Mary Jane. Now, to be fair to Harry, when he regains his memory, he actually becomes pretty devious and is even redeemed when he comes to save his friends in the final act.

Then, there’s Venom. It’s a well–known fact that director Sam Raimi doesn’t like Venom as a character and was forced into the movie at the order of the producers. And it’s evident in how poorly executed Eddie Brock (Topher Grace) is. Firstly, Topher Grace is badly miscast. Eddie Brock in the comics is a big, large threatening jock figure and Topher Grace is the exact opposite, which can be seen in full when we hear his voice whilst he wears the Venom suit. In all fairness to Grace, his performance isn’t bad, and he is putting in good work into the role. Venom, however, is ridiculously rushed. He doesn’t appear in the film until the 1 hour 45–minute mark. Symbiote Peter had more screen time than him.

In conclusion, Spider-Man 3 is a cluttered mess, but by god, if it isn’t hilarious. I highly recommend you watch this film. Is it a disappointing conclusion to the Raimi trilogy? Yeah, I can definitely see why some would think that, but is it enjoyable? Wholeheartedly. You won’t find a more ironically excellent superhero film any time soon.