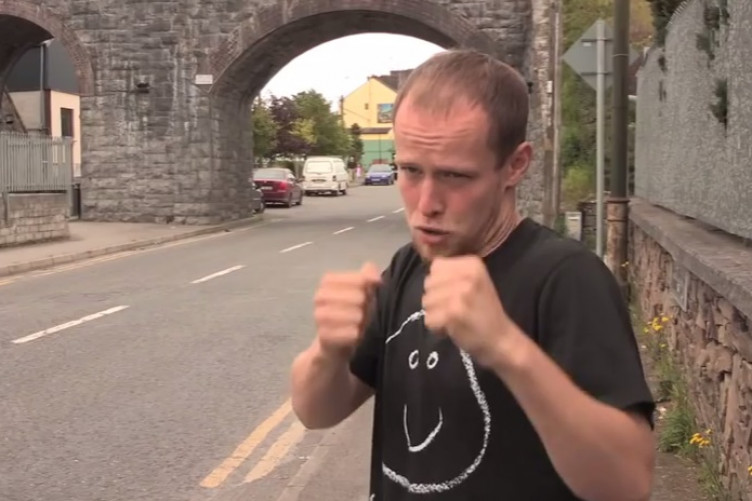 Owen Colgan talks to SIN about comedy, being a Hardy Buck and his bodybuilding parents

For many of us rural dwellers, nothing epitomises the trials and tribulations of the life of a young person growing up in the middle of nowhere like Owen Colgan. The Mayo man has delighted and entertained audiences ever since he shot to fame playing the hilarious Buzz McDonnell on RTÉ’s hit comedy Hardy Bucks in 2008.

Since then, Colgan has gained a loyal following over his social media channels, amassing over 70,000 instagram followers and 150,000 Facebook likes, with fans obsessing over his musings on daily life, from jambons to crows and pigeons. Owen played the Vodafone Comedy Carnival last month and spoke to SIN about his life as a social media comic and his path to fame through the iconic Hardy Bucks.

“There’s no better feeling than drinking cans on the bypass”, said Colgan randomly at the beginning of the interview, which proved to be an accurate summation of the character of the man. Many of Colgan’s fans and followers would describe his act as a parody of the beloved Irish culchie, playing on the funny stereotypes so closely associated with those of us living outside the urban confines of bustling cities, but the Hardy Bucks star feels his act is something more genuine; “I would see myself as a professional actor who satirises headers!”, he quips.

“My act is more like an exaggerated version of who I truly am, I suppose, is the best way to put it. I’m not really aiming to be like anybody, I’m just saying things that are in my head that I think could be funny if I had an ulterior character to do it through. It’s like an alter ego that I have. I wouldn’t necessarily consider myself a stand-up comedian because that’s a different world that I’m not really used to, but I’m more kind of just trying to be myself up on stage and just tell real life stories about whatever the hell is going on in life in my silly little brain”.

Colgan’s route into comedy was far from conventional. Having initially set out to study nutrition, he fell into his big break after growing tired of the technical aspects of his course; “I actually went to college in Galway, I was doing a private nutrition course in Oranmore. I like nutrition and all the other stuff, but I don’t like it when it gets to the scientific level and the boring level they brought it to. So, then I thought, ‘what else can I do?’. Then, I stumbled into Hardy Bucks. A few of my friends were making videos, so then, when we got onto TV, we were getting paid, we got paid for some of the YouTube stuff too, so it kind of naturally progressed, as opposed to me thinking ‘I better get into this’. So, it was a natural sort of accident”.

Owen believes that Hardy Bucks’ popularity was linked to its off–the–cuff nature and relatability, claiming, “I think, if you’re from a small community, you can put the characters into any situation in the world, but, I suppose, it was just because we were being raw, we were having the craic, we were trying to make each other laugh and we weren’t trying to show off or anything like that. We were just trying to make each other laugh and to have a good time and if it got onto camera, then so be it, and if not, then no worries at all. It wasn’t scripted at all, we used to have a few drinks and a couple of smokes to take the edge off and that’d make us funny. So, the thing is, there are a lot of very funny groups of lads out there – we just happened to get it on camera”.

Seen by many as a pioneer in a new era of comedy, largely centred around social media, Colgan spoke of the challenges that surround the new medium and how it compares to the more traditional form of his art. “I think there’s definitely a different tone to online comedy”, he remarks. “Hardy Bucks was real life because we weren’t thinking about the bigger picture of it being on the internet. We were just trying to make each other laugh, but now, with social media, you tend to make jokes that seem to be a bit different to the jokes you would make in everyday life”.

Colgan also acknowledges the challenges associated with his act getting such widespread coverage online, such as keeping his punters happy. “The thing about social media is that you’re constantly under pressure to create new stuff, and you see other people creating stuff and you’re like, ‘I better do something’, and that’s not necessarily a good thing. Everything becomes a bit too generic then”.

Colgan cites his parents, both of whom are bodybuilders based in the city as a key influence for his comedy. “They are professional bodybuilders out in Galway City gym. They’re in there all the time selling steroids!”, he said chuckling. “My parents are very funny without trying to be funny. They just do things and they do it for funny reasons, just normally, to be naturally funny”.

Fans desperate for another season of the culchie cult phenomenon will be delighted by Colgan’s revelation to SIN that the show may be returning to our screens in a few years’ time. “I’m only going on instincts, but I’d say there probably will be another series down the line, but it might be a few years from now.” he said.

Owen will be going on tour in the new year and, on top of his usual musings on crows, jambons and the return of the boom, he will be sampling new, sure to be hilarious material, with details to be revealed on his Facebook page.