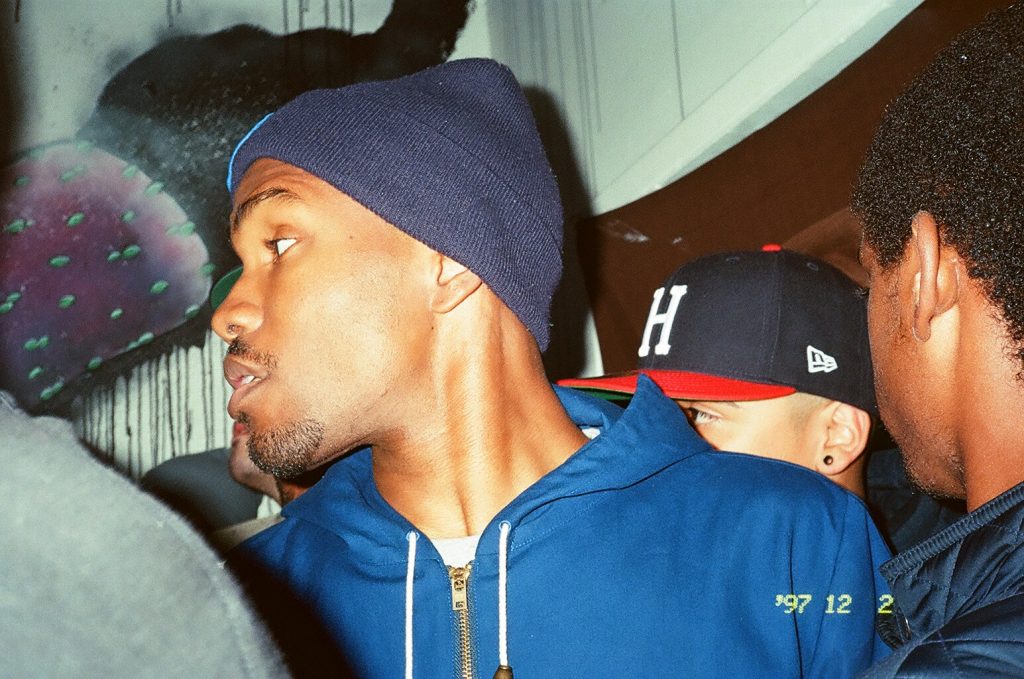 The anticipation is in the air again. Frank Ocean is beginning to tease us with new material, with the release of his latest single ‘DHL’ – a moody and boastful track, where he sings about his power over general pop culture, whether that’s in the music or fashion industry. The former Odd Future member launched the track at his first queer club night PrEP+ in New York, where no photos were allowed, the dancefloor was just for dancing and there was a zero-tolerance policy towards discrimination.

This is the first song Ocean has released since his cover of Aubrey Hepburn’s ‘Moon River’ in 2018 and he hasn’t released an album since his critically acclaimed album ‘Blonde’ in 2016. The release of ‘DHL’ has put the internet into a frenzy with excitement over the possibility of new work. Ocean first came into prominence with his mixtape ‘Nostalgia Ultra’ in 2011, with his fusion of R&B, rap and electronic music, with songs like ‘Novacane’ garnering a lot of attention and hype online for a full album.

This came with his first full-length album ‘Channel Orange’, which was widely considered album of the year by numerous publications, like the Guardian, who recently ranked it the 12th best album of the 21st Century and Pitchfork ranked it the 10th best album of the 2010’s. The album also gave Ocean his first Grammy for Best Urban Contemporary Album. The album was such a success, as Ocean told a beautiful story of how he fell in love with a boy one summer a few years back and, thus, publicly came out as bisexual. His bravery and honesty really connected to this millennial generation and made him somewhat of a cult hero among them. Songs like ‘Pyramids’ and ‘Forrest Gump’ became cult classics among this current generation, with their forward-looking, genre-less style and emotional vocals really attracting acclaim.

After the success of ‘Channel Orange’, fans couldn’t wait to have more music from Ocean soon and that’s what people thought they were going to get, after Ocean confirmed he was recording his second studio album in early 2013. What came after was a long haul for fans, as Ocean all but disappeared from the limelight. Months would go by without any public sightings or word from Frank, as he became less and less active on his famous Tumblr page and fans hung on his every word, however rarely they came out. Four years go by without anything coming out and then came the video album ‘Endless’, which was released exclusively on Apple Music. He released ‘Endless’ in order to get out of his record deal with Def Jam Records, who he claimed he had no relationship with, just a deal.

Thus, he was able to independently release ‘Blonde’ a day later to much fanfare. ‘Blonde’ was arguably more successful than ‘Channel Orange’, with more top ten rankings worldwide on the charts and with critics ranking it in the top 5 albums of the year at year’s end, but ‘Channel Orange’ does have a higher Metacritic score. Ocean went for a more stripped back style, with less electronic music in place for more traditional singer songwriter, less glamourous music. But with this came raw emotion and beauty, as Ocean conveys his vulnerability for all to see. Fans were empathetic with Ocean and related to him while on his journey of self-discovery and love.

Now, fans have been waiting for an album for three years but have been distracted by a splattering of singles like ‘Chanel’ and ‘Lens’, but with the release of this latest single and teases of two more, another masterpiece from Frank Ocean could be on its way.