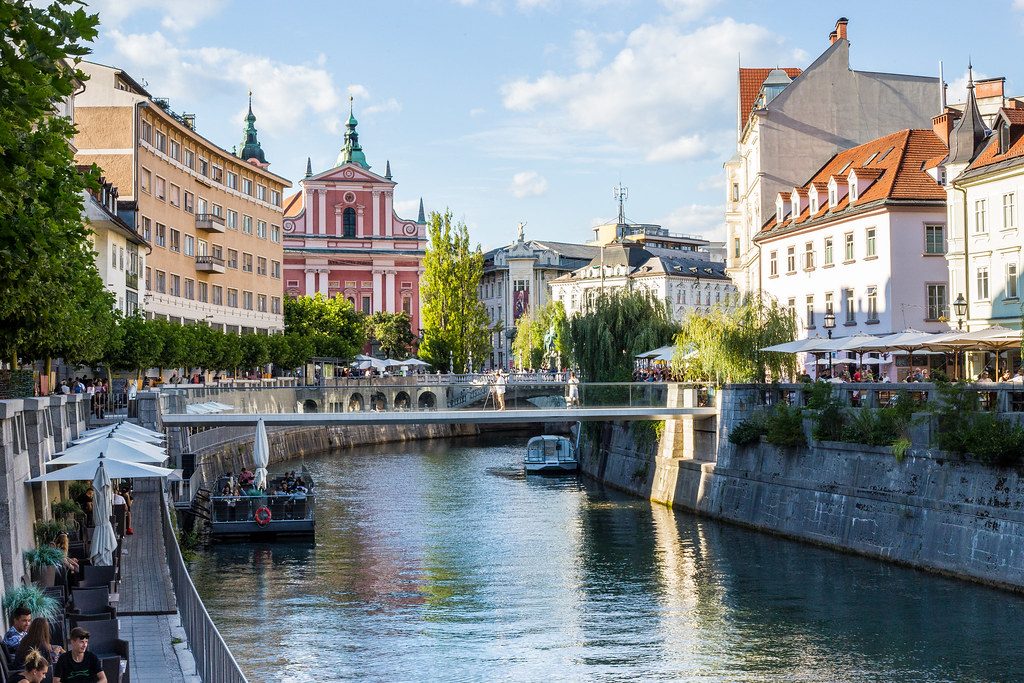 Honestly, I did not have high expectations when I went there, as it’s not a place you usually hear of people going to but honestly it was so worth it. The dark horse of Europe, Ljubljana does not fail to dissapoint. There are many things to do in Ljubljana, but I believe that these are the top four things to see and do in while you’re there.

The top four things to do in Ljubljana, Slovenia and why you should go

This is an absoulte must. It is way different to most castles around the place. It has a long history dating back to 1200BC. You can even see the castle’s history by looking at the walls. Anicent Roman stones lie next to more modern stones all mixed together to create this beautiful castle. You could even get married there if that’s what you’re into. When we were there, we did the Time Machine tour, which was €10.50 each, and included a tour where you can meet various actors dressed as charaters that lived in the castle, as well as a return ride in the funicular and access to all exhibitions in the castle. It was well worth it, it was like seeing history in action.

The tiny city has much to ofter visitors. This include its many, many bridges, including its most famous bridge, the dragon bridge. You should also visit Prešeren Square and stroll along the streets and visit Ljubljana’s cute little shops and boutiques (which were my favourite). Try some of Ljubljana’s resturants, which I was suprised about. I am a picky eater and I thought I would be living off of chips and salads, but no, the food was so, so good.

3. STAND UP PADDLING IN THE RIVER

This is one of my all time favourite things and experiences ever. Now, this is a bit pricey and you will need to know how to swim, but, because Ljubljana isn’t the most expensive city anyway, you should definitly try splurge out on this. The trip itself lasts about two hours but really does show you the city from a totally different angle. The price of the stand up paddling on a surfboard costs €39 and that covers the instructors costs, equipment and photographs. The tour is offered in English and promises you an experience you won’t forget!

Maybe take a day trip to Lake Bled? We took the bus there and it roughly cost €10 return. It took about 30-45 minutes to get there and the buses were quite frequent. When we were there, we took a boat trip to the island in the traditional Pletna Boat (which are like large gondolas). We walked around the island before returning to Bled itself and taking a walk around the small town.

Ljubljana is a must–see city, especially before it becomes more popular. The most expensive thing in Ljubljana is probably the cost of the flights, but in the grand scale of things, it is definitely the perfect weekend break, as it is cheap and cheerful!