In the summer of 2018, after my first year at NUI Galway had finished, I went to Paris in search of the old haunts of Roderic O’Conor. The great Irish painter, as it happens, came from the same parish as myself, and, being interested in local history, I’d been writing a piece for publication on him. It was while stood in out of the rain, on a ‘boulevard’ that O’Conor had once depicted, that I noticed, high up on a wall, a plaque dedicated to Marc Bloch. I recognised the name because I had once heard that Bloch was one of those historians who believed in bottom-up history; the recognition that ordinary village people and everyday life matters. Top-down history would never have materialised if the people at the bottom did not exist. Local history recorded properly, in essence, could tell you the real story of the nation. And while some of us are fortunate to have a ‘notable resident’ attached to our locality’s past, almost all — if not every — locality has an interesting story to tell, if we only took the time to do a little digging. 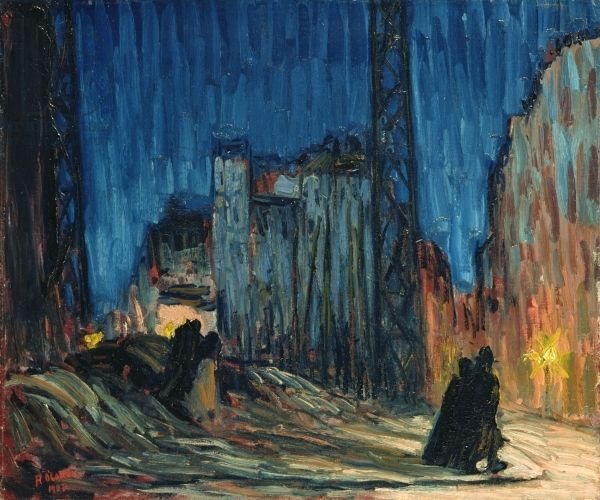 Like most people, I always knew that Ireland’s population dropped dramatically after the Great Famine, but I had never really understood how this national catastrophe affected my own village, specifically. Until, that is, I discovered the NUI Maynooth Population Change Atlas, which has become one of my favourite tools on the internet. Giving the population data in ten–year intervals from 1841 to 2002 for every parish in Ireland (district electoral divisions to be precise), you can now see how the population of your own area fell off from the mid-nineteenth century onwards. I still can’t get my head around the fact that, in my own village in Co. Roscommon, there lived 2,824 people in 1841, while in 2002, that figure had dropped to the small number of 215; a figure that seems pretty accurate. While this is just the bare bones of a local tale of death and emigration, it is easy enough to get a greater picture of what was happening by rooting through old newspapers, including local publications that are now available online in the Irish newspaper archives (NUI Galway library online). I discovered in one newspaper that the local parish priest, for example, had led parishioners to the Roscommon ‘monster meeting’ of Daniel O’Connell in 1843. To another newspaper the same priest wrote a letter in 1847, stating that almost half the population of his district were destitute. I was discovering that here was a priest, a people, and a place fighting against the system, but the wheel kept turning; with online data stating the population dropped by some 814 people by 1851.

By looking over early ordnance survey maps, I even discovered a ‘clachan’ settlement that once existed a mile from my house in the late 1830s. By the time of the updated version of the map, in 1867, the settlement had completely disappeared. It had, in every sense, been wiped off the map.* This stuff is not just local history; it is national history at local level, and nineteenth to early twentieth century Ireland was ripe with this phenomenon. And it’s all traceable. By searching through Griffith’s Valuation, I discovered that the landlord of the settlement was Thomas Johnston Barton. Then, by seeking out his name on the website for the peerage of England (thepeerage.com), I found that Barton was a staunch Protestant Unionist, and his son after him was the same. Then it got very interesting, for Thomas Barton’s grandson was a man by the name of Robert Barton. Robert broke from the shadow of the Protestant ascendancy and joined the republican movement, after leaving the British army in 1916. He was the delegate in London who held out to the end and delayed the signing of the Anglo-Irish Treaty, caving in after pressure from Michael Collins, and the threat of war from the English government.

Here was national history, with its roots, and all the weight that was on those roots, reaching back to my own local past. On that rainy day in Paris, on O’Conor’s ‘Boulevard Raspail’, I noticed that, while Marc Bloch had once lived in the building I’d been looking at, he had died in a field in rural France; executed by the bullets of the Gestapo in 1944 for being a fighter in the French Resistance. A little place in the countryside with its own unique story. Like so many little places of our own. And each one should have a history society, because endless histories, big and small, are just waiting to be told.

*This settlement — Drimnagh, Co. Roscommon — has since been named an official eviction location on the Irish Famine Eviction Project, after collaboration with coordinator Dr Ciarán Reilly.