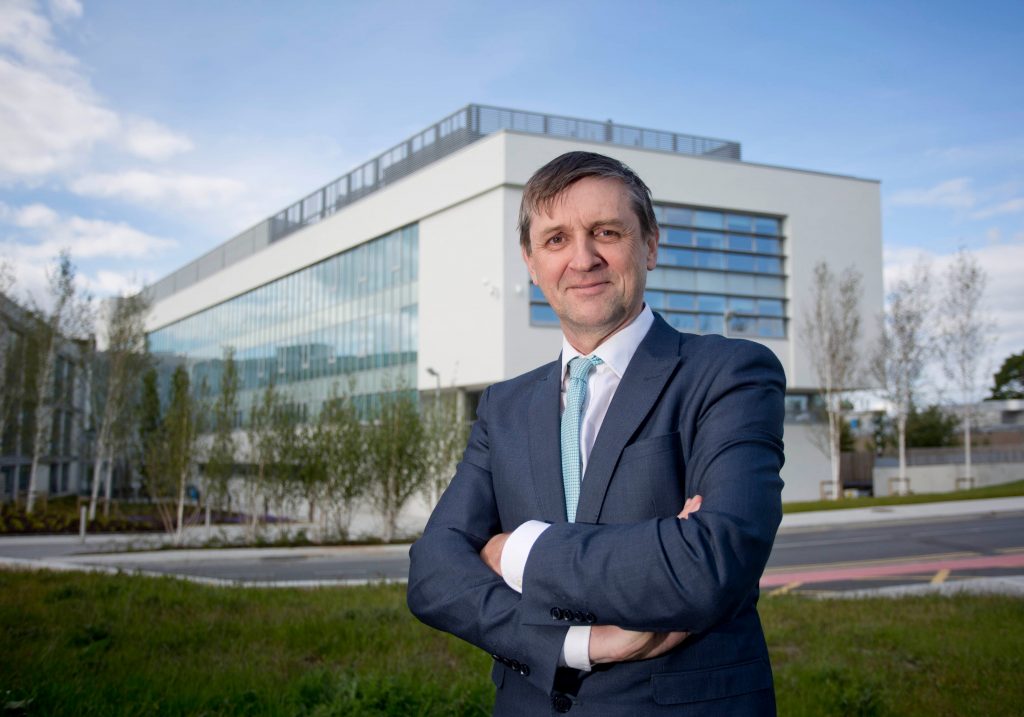 Professor Timothy O’Brien, Dean of the College of Medicine, Nursing and Health Sciences at NUI Galway, has received the Mayo Clinic Distinguished Alumni Award. The award was established by the Mayo Clinic Board of Trustees in 1981 to acknowledge and show appreciation for exceptional contributions of Mayo Clinic alumni to the field of medicine.

Professor O’Brien, also a Consultant Endocrinologist at Galway University Hospital, is an internationally recognised clinician-scientist with expertise in regenerative medicine applied to the treatment of diabetes complications. It’s been remarked that he has influenced a generation of Irish clinicians and scientists.

A native of Cork, Professor O’ Brien received a PhD in medicine and a medical degree from University College Cork. He completed a postdoctoral fellowship as a Mayo Clinic Scholar at the Gladstone Institute of Cardiovascular Disease in San Francisco, and a fellowship in endocrinology and metabolism at Mayo Clinic School of Graduate Medical Education in Rochester. He completed internal medicine residency at Cork University Hospital.

During his Mayo Foundation Scholarship at the Gladstone Institute at the University of California, Professor O’Brien developed expertise in gene therapy. He then established one of the first gene therapy laboratories at Mayo Clinic and published internationally recognised studies, which explored the role of nitric oxide synthase in modulating the vascular endothelium.

His major scientific contributions at NUI Galway have been delivering first-in-man studies of mesenchymal stem cell-derived regenerative medicine therapies for diabetes complications, including diabetic nephropathy and critical limb ischemia. He has coordinated two multinational consortia, REDDSTAR and NEPHSTROM, funded by the European Commission. Professor O’Brien has also contributed significantly to the local Galway economy through collaborations with medical device companies and start–ups, as a result of his research activity.

Professor O’Brien is on the governing body of NUI Galway and executive management team of the Saolta University Health Care Group, one of six hospital groups in Ireland’s Health Service Executive (HSE). With these leadership roles, he has influenced and shaped the direction of higher education and health care sectors, both regionally and nationally. Under his leadership, the NUI Galway campus has seen the construction of new buildings dedicated to biomedical science, medical education, clinical research and stem cell manufacturing.

In addition to these responsibilities, Professor O’Brien has a major teaching commitment to the School of Medicine at NUI Galway and was twice awarded the Pat McHugh Medal for Best Consultant Teacher. He maintains a busy clinical practice in general internal medicine, diabetes, endocrinology and metabolism. He established a Bariatric Medicine Clinic in Galway University Hospitals, one of only two such centres in Ireland.