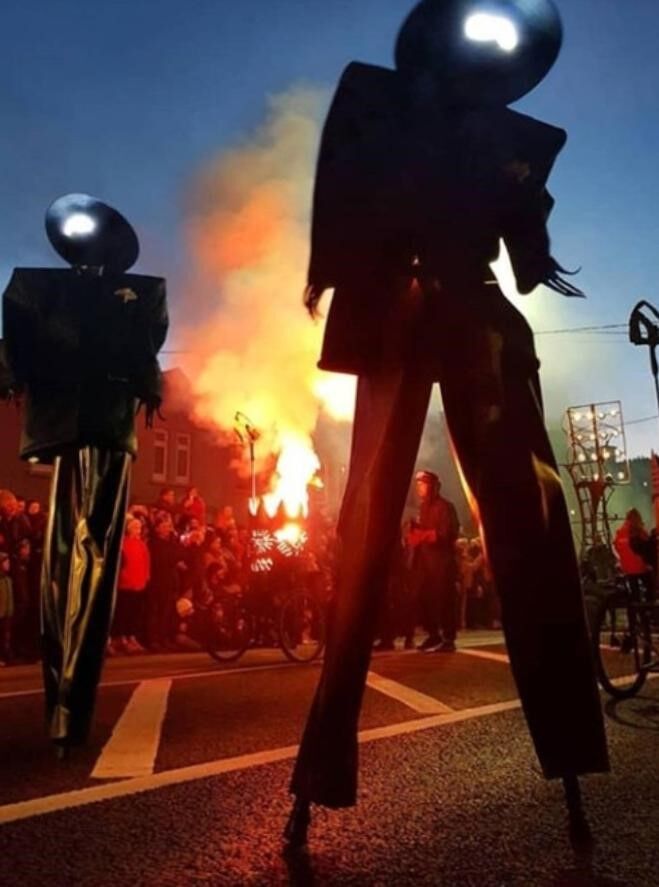 The Annual Halloween Macnas Parade, which celebrates its 33rd Anniversary this year, has managed to keep its promise of wreaking havoc once again on the streets of Galway.

The event commenced on Sunday 27th October 2019 at 5:30pm from NUI Galway and included performers from various groups, such as Macnas Young Ensemble, Youth Ballet West, the Macnas Youth Drummers, the Hit Machine and the Public Participation Programme.

In preparation for the event, the city experienced a few alterations, with barriers being put in place, as well as volunteers directing traffic and keeping the public out of harm’s way as traffic was being cleared.

As Ireland’s largest free Halloween event, it drew crowds of an estimated 70,000 people to the city centre, who were all eager to get a taste of this year’s Macnas Parade, with people flocking to the streets as early as 4pm to get a good viewpoint for the parade.

Crowds of people stretched in a never-ending line down University Road, Eglington Street, Shop Street, Latin Quarter and Father Griffin Road where the parade ended. Children and adults dressed for the occasion, with some wearing scary make-up and fake blood, while others aimed to impress with their costumes.

Macnas’s theme this year was “Danse Macabre”. The event kicked off at NUI Galway with a creation of a boy called Conor, as he took the audience through a journey with the ‘Guardians of the Unpredictable’.

The Halloween event lived up to its expectations, bringing the strange and mesmerising to Galway city as they had promised. Residents and visitors were awe–struck by Macna’s giant creations, sculptural images, epic performances and unique costumes. The event was not just enjoyable for the young children, who were beaming with excitement to experience Macnas, but older adults too. SIN spoke to parents and students who were at the event with one parent saying, “It is fabulous, just fabulous. The amount of creativity that goes into this parade is mind-blowing”.

“We have been standing here since 4:30pm to secure our spot, it’ll be interesting to see what this year’s parade will have to offer” another parent shared with SIN, while a young couple expressed their excitement by saying, “We dress up for this every year, we never miss it”.

As the clocks went back at 2am on Sunday 27th October, the days sunlight bleeds out of the daytime skies that little bit earlier, with darkness rolling in during the late afternoon. Darkness started falling around 4:30pm, an hour before the parade kicked off, which only gave the parade an added bonus to highlight the strangeness and spookiness of it all. The night sky illuminated the colour scheme of the costumes and the mesmerising work which the performers demonstrated with coloured flames of fire. The event proved another successful one and left those in attendance eagerly anticipating Macnas 2020.