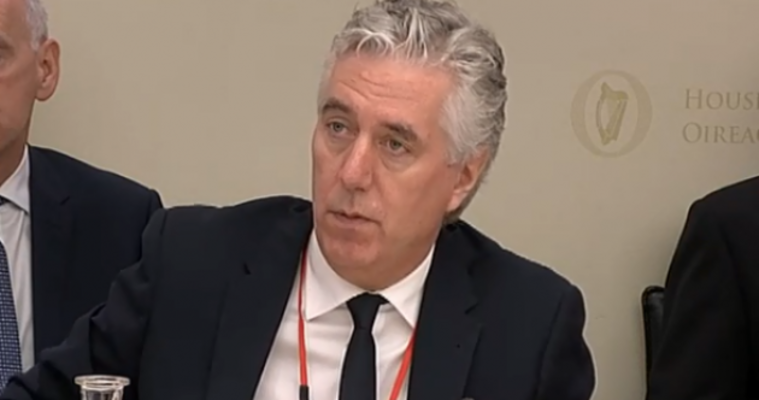 After a reign of terror lasting almost a decade and a half at the top of Irish football, John Delaney finally fully stepped down from the FAI. However, as is usual when removing a tyrant from power, the cost of ridding Irish football of Delaney was high: a €500,000 severance package, negotiated over five months as Delaney took fully paid “gardening leave”, before extracting a final pay packet from the organisation he had already received €6 million in basic pay from, never mind his many other extra-curricular financial activities that led to his dictatorship finally collapsing.

His extraordinary financial mismanagement all began in 2008. As the FAI entered an agreement with the Government and the IRFU to re-develop Lansdowne Road into, what is now, the Aviva Stadium, they also had to find a way to put their money where their mouth was. The plan they went with was to sell “Vantage Club” tickets, which were exclusive tickets that would last for 10 years, and that cost anywhere between €12,00 and €32,000 a pop. Delaney bragged about how there were 33,000 millionaires in Ireland, and that they only needed 3,000 of them to buy these tickets. This plan was, of course, unveiled just as the world entered a huge financial crash in September 2008, and you can obviously guess that those millionaires didn’t feel like coughing up their dough for exclusive seats in a stadium that was yet to be constructed, just as most of the world entered a financial recession. Struggling to keep up with their Aviva Stadium payments was a big reason why the FAI entered its own financial crisis – a crisis that led to Delaney “loaning” his own employers €100,000 in 2017, which started the chain of events leading to Delaney’s departure.

While the removal of Delaney has been welcomed by all Irish soccer fans, for the FAI, it’s much like changing the captain of The Titanic an hour after it hit the iceberg – there’s not much the organisation can do, except for clinging on to whatever piece of floating furniture they can find, as they watch their ship sink to the bottom of the ocean.

The next steps for the FAI are now crucial – at the time of writing, we are still awaiting the results of an audit of the FAI’s finances commissioned by Sport Ireland after pressure from the Oireachtas. This audit has been delayed by Delaney’s departure money being paid out just a week before it was due to be published. Not exactly the best of looks.

So, how do you fix the mess the FAI is in? To me, there has to be one main common-sense rule put in place: they must be obligated to hire John Delaney’s permanent replacement from outside the FAI. In my opinion, any of the board members that sat back and allowed Delaney to drive the Association into the dire state it is currently in simply cannot be trusted with rebuilding both their finances and the public’s trust in them.

Perhaps, if they want their government-funded Sport Ireland money back, then they should allow them to both pick a new figurehead for the FAI, as well as manage their finances until they get to a place of safety again, although, knowing them, that might just make too much sense to ever happen.