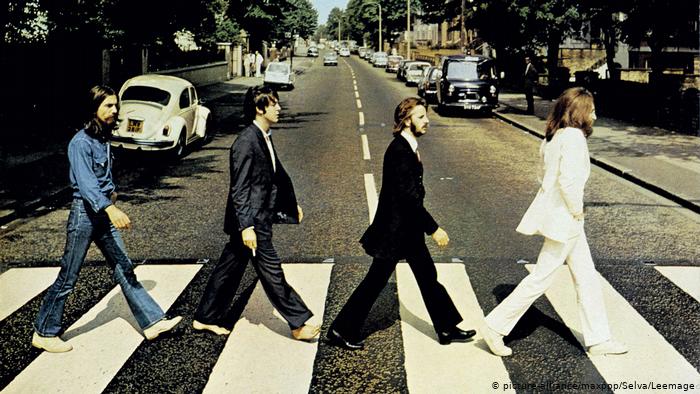 “Christianity will go,” John Lennon had said. “It will vanish and shrink. I needn’t argue about that; I know I’m right and I will be proved right. We’re more popular than Jesus now. I don’t know which will go first – rock & roll or Christianity. Jesus was all right, but his disciples were thick and ordinary. It’s them twisting it that ruins it for me”.

It was these very words, printed in the American teen magazine, Datebook, that very nearly ended The Beatles. Radio stations banned their songs. The Pope condemned Lennon’s words in the Vatican newspaper. The Klu Klux Klan staged a ‘Beatle Bonfire’, nailing their albums to a cross and burning them before a congregation. Abbey Road very nearly ceased to be.

This fiasco occurred three years prior to the conception of, what many people will argue to be, not only the best Beatles album, but a defining piece of popular culture. The album artwork itself is iconic, and the Abbey Road Studio, located in the district of St. John’s, London has continued to host legendary artists over the years, such as The Hollies, Amy Winehouse and Aretha Franklin, to name but a few.

These days, number one albums count for very little. Streaming has surpassed the Britpop, Top of the Pops, edge of the seat ‘Who will be number one?’ nostalgia that many of our parents and grandparents grew up with. We are the generation who swapped CDs for iTunes and iTunes for Spotify. We are also the generation who have made vinyl fashionable again. It’s a funny one, but that’s for another day.

The Beatles possess this everlasting gleam and Abbey Road surging back to the number one spot, fifty years after its initial release, is proof enough that their music is still relevant. It’s difficult to predict in the present moment who will stand the test of time. Back in 1969, could anyone have predicted the longevity of The Beatles’ legacy? Music is finite and forever repeating itself. The secret is to bring something new to the table.

At this very moment in time, it is seventeen year old Billie Eilish who is being backed by everyone, from editors at NME, who are looking to write up something other than another article about a potential Oasis reunion, to your own Dad who can’t seem to get that ‘bad guy’ song out of his head. It’s true, whether you like it or not.

With Eilish, she is more than the ‘sad pop songs with substance’ niche. Dave Grohl has previously compared the LA native to his former band Nirvana and The Smiths’ frontman, Morrisey. Pretty impressive. Billie is certainly not grunge in the generic sense of the word, and calling her indie is a little bit of stretch, but the teen is marking a change in the tide. She has cut open a vein and Eilish’s cool girl nonchalance cannot be tamed.

But let’s not get ahead of ourselves until Eilish’s thirteenth studio album has been recorded, critically revered and hits the number one fifty years after its release.

Sheffield quartet, the Arctic Monkeys, too possess this unique potential and are one of the few bands to survive that tsunami of copycat indie bands of the mid noughties (The Ting Tings, The Fratellis, Hard-Fi, the list goes on).

If the Monkeys’ latest endeavour is anything to go by, they may have already creatively peaked and are beginning the slow and painful descent towards a hiatus. AM could possibly be their Abbey Road. But these kinds of things are difficult to predict.

You may roll your eyes whenever someone says, “they just don’t make music like that anymore”. Of course, music is not going to sound like it did 50 years ago, but the thing with Abbey Road is the fact it sounds like it could have been recorded yesterday. It is one of few albums in this world that transcends the realm of time and continues to deliver after every listen. This is not a pick and mix kind of album. You begin with the perfect rock ensemble that is ‘Come Together’ and bid farewell to the ‘pretty nice girl’ on ‘Her Majesty’.

Now go forth and bless your ears.