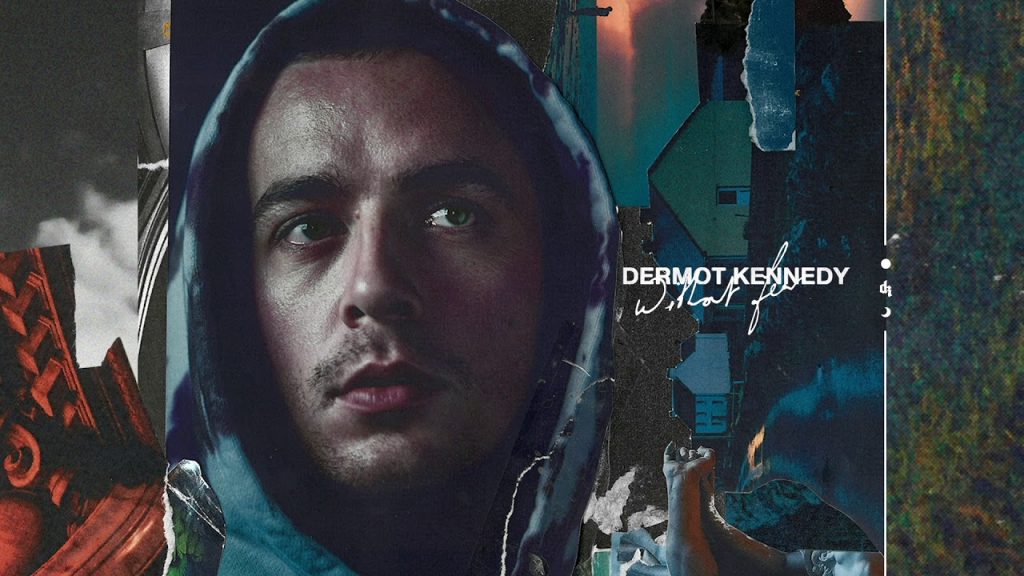 Dermot Kennedy’s debut album perfectly reflects his personal and organic growth over the past few years. Being a massive fan myself, I knew that I was going to love it before I pressed play. It’s brave, raw and completely honest. In homage to its title, Kennedy is fearless in his approach to discussing themes such as love, loss, grief and self-discovery. This album is, at times, cut-throat and Dermot succeeds in making you feel something through his polished and pointed lyrics. Every word and note seems to have a purpose, proving that the four year wait for the album was more than worth it.

It starts off by putting a new twist on an old reliable. ‘An Evening I Will Not Forget’ gets a shiny new revamp; Kennedy adds drums and synthetics to a song that was only ever played with minimal piano accompaniment, giving it a new life. The song has a new, sinister urgency to it, which is interesting and compelling and shows the hurt that comes with hurting someone else.

‘All My Friends’ is the same as fans know it. Nostalgia–filled and powerful, it reminds you of those times when you were younger and carefree, when you could meet your friends on summer nights and be reckless. It’s a song about friendship, love and not having to worry about the future.

‘Power Over Me’, the song that catapulted Dermot Kennedy to stardom all over the world, is a pop anthem that is safe and chart friendly. Itself and ‘Outnumbered’ are the powerhouse duo that showcase Dermot’s ability to create instant hits. Despite their popularity on the airwaves, fans can still have a good bop.

‘What Have I Done’ is the first new appearance on the album, and it is the perfect ballad. Taking him in a new direction, it’s a song that describes a person’s helplessness when it comes to falling in love. It’s sudden, spontaneous and can almost make someone feel as if they’re doing something wrong – the lyrics “What have I done?” convey an independent person’s reluctance to falling in love, and this whole song is about what happens when they actually do.

‘Moments Passed’ is another of Kennedy’s staples that deserved a place on the album. Urgent and painful, it is a song about when you lose someone you’ve loved within moments. It describes the feeling when, no matter how hard you try, your efforts might never be good enough for someone else.

Long-time fans will know ‘The Corner’. A go–to song for Dermot when he plays live, the studio version has finally been released. A song, once again, about waiting for that perfect someone to come about, it describes when someone knows you better than you know yourself. ‘Lost’ is another song that fans will know, and it details the hopelessness you feel when you don’t know what to do with yourself. It deals with the purgatory that comes with self-doubt, and if only you could see yourself in somebody else’s eyes, you would know that you’re going to be okay.

‘Rome’ is a song about how a relationship can change and break in the blink of an eye. It is reminiscent of happier times, but it is clear from the song there is no hard feelings. ‘Dancing Under Red Skies’, like ‘The Corner’, is another go-to live concert song. It is honest and raw, describing how you can easily lose someone who means the world to you by doing something self-destructive.

‘Outgrown’ details the fear you have that people are going to forget about you, how, one day, you could have everything, and, by the next, you could lose it all. Chasing that high that you’ll never catch again, and how dangerous and fickle that lifestyle is. ‘Redemption’ is an upbeat and reflective song about how, someday, we’ll all feel better and forgive ourselves for the doubt and fear we put ourselves through.

‘Without Fear’, the titular track, is a song about the desperation of love and how you need to just throw yourself into life sometimes. There’ll be time for questions later, thinks Kennedy; it’s the need to be with someone you can’t stop thinking about that prevails in this song. The need to be someone’s run–to, a regular theme in Dermot’s music, that details the effect someone else can have on your mental health. It’s poetic, earthly and closes the album on a pensive high that leaves you feeling and wanting more.