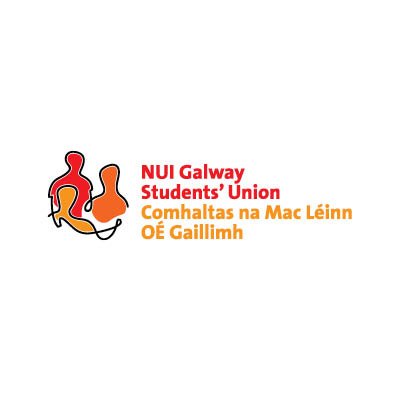 The NUI Galway Students’ Union hasn’t had any contact with the University regarding an official SU Christmas Day, meaning it’s unlikely one will go ahead this year.

The SU Charity Christmas Day last took place in November 2017, when the traditional event at Sult became ticketed with a restricted capacity, due to safety concerns. In previous years, students queued as early as 8am outside the student bar to gain entry for the day-long event. Last year, the University cancelled the event altogether, meaning there were no official SU Charity Christmas events on campus.

Students’ Union President, Clare Austick, who was also on the SU Executive Committee last year, explained the reasons why it was cancelled. “I think it was because it got very busy and a bit out of hand. I think there were concerns of some serious damage being done to students and their well-being. Over the years, it kept getting bigger, more people were drinking throughout the day. So, I think it was more about student well-being, making sure that students were safe on campus”.

Last year, in November 2018, while there was no official SU Christmas Day on campus, many students descended on pubs in the city of Galway throughout the day instead of staying on campus. Photos of students camped outside the Hole in the Wall bar on Eyre Street from the early morning went viral on social media. While the behaviour of students in the city on that day was criticised by some, Ms Austick doesn’t feel the University should take responsibility for this. “I think they (the University) should have a message of ‘mind yourselves, be careful’, from a harm reduction point of view, but I’m not sure how much damage is caused. Is it bringing it all into town, or is it diluting it because people are in different pubs rather than the one place?”

The SU Christmas Day used to bring in vast amounts of money for charity, yet students are drinking to the same extent regardless of the cancellation of any official, on-campus event. The SU President feels that, while the yearly amount raised for charity has been seriously depleted by the lack of an official Christmas Day, the fundraising aspect had begun to become lost on some students. “It used to make €10,000 for charities. To compare, in 2017/18, we (the Students’ Union) made €20,000. Last year, we made €11,000 for charities, so a huge amount of money was made for charities on that day”. She continued, “Last year, we didn’t have any Christmas Day on campus, but we had Christmas jumper night in Electric. Any money raised that day would have been given to the 2 charities. I’m not sure how aware students are of the spirit or ethos of Christmas Day that was there in the past, so, if we were to do anything this year, I would put a focus on the charity element of things”.

This year, the pubs and nightclubs of Galway have taken the initiative in capitalising on the lack of an official SU Christmas Day. An unofficial Christmas Day has manifested for Thursday November 14th, with Electric announcing an event called “Student Christmas Day” for that night. Manager of Hole in the Wall, Darragh Murphy, has told SIN, “Regarding the 14th, we will be preparing for a big crowd and I’m sure we will have something on the night!”.

November 14th also coincides with Graduation Week at NUI Galway, with all undergraduate and postgraduate programmes in the College of Science due to confer that day. In order to avoid any disruption to that event, Clare Austick says, if the Students’ Union do hold any events to mark a student Christmas Day, it won’t be on that date. “The whole meaning and spirit behind Christmas Day is great, you know, raising money for charity, but what has happened and how it’s existing today isn’t necessarily how it was when it started. Graduation Week is so important to so many students, who have graduated after 4 (or more) years of studying, so I probably wouldn’t advise having it on campus during that week, but the week before or after, I definitely would be for (having an on-campus event). I have a meeting with the University President next week, I’ll mention it to him then”.

SIN has reached out to the University for a comment, but it has not responded at the time of going to print.