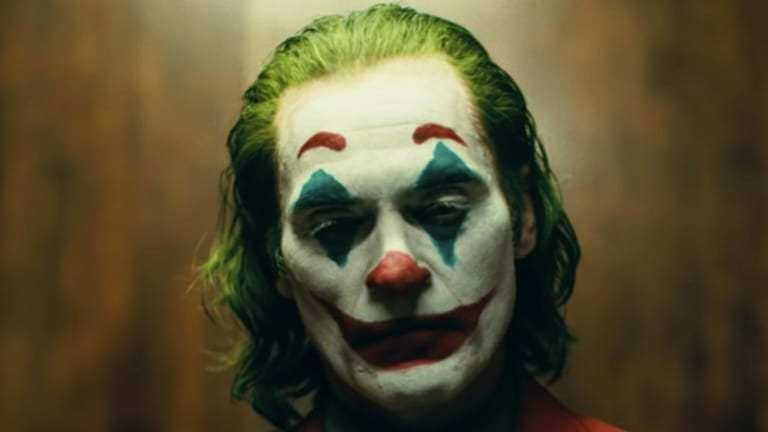 Not many actors would try to outdo Heath Ledger’s anarchic rendering of the Joker character. Joaquin Phoenix approaches the role from a new angle, inhabiting the sad clown through the prism of social realism. Think of a Ken Loach–directed feature, chronicling the life of a failed comedian and performance artist with a socially fatal Tourette’s style neurological deficiency.

The arc of these characters almost always ends in violence. Joker relies heavily on Scorsese’s misanthropic classic Taxi Driver and makes no attempt at disguising this influence, reprising as it does Travis Bickle’s “you talkin’ to me?” solo desperation. Despite its pre–internet, eighties location in a crime infested and super–rat riddled Gotham City, many commentators have hailed or criticised its relevance to modern times.

Human misery, however, is both universal and timeless. Isolated male inadequacy’s descent into violence may feel relevant in an age of “incels” and delusional mass shooters, but that’s only because the history books wiped out their presence since the written word developed, favouring instead the hagiographic tales of kings, queens and armies.

For Arthur Fleck, however, there is no escape from the randomised ill–fortune that life has dealt him. There are no social media platforms where he can develop an alternative identity and align himself with fellow misery junkies beneath the cape of ideology. Every day, he steps into a brutal, uncaring world that uses him only for a cheap laugh. Phoenix captures both mental illness and the hypocrisy of society in its treatment of victims.

The sad clown tiptoes around vermin–filled Gotham, crawling with harsh and frantic faces, empty wallets and grey souls. Arthur is “L‘Étranger” without Camus’ saving sense of absurdity. He is the outsider, the weirdo and the freak, doggedly and tragically trying to overcome awful life circumstances through the prism of laughter. It may be ok to not be ok, but is it really, when the state’s austerity measures have cut the funding for your social worker, for the counselling and for the medication required to reconfigure a broken human being?

The movie is a must–watch but try to soak up its imagery through a neutral and analytical lens. It is telling how the progressive left–leaning commentariat seek to place the protagonist as a sexually inadequate alt–right style incel. It’s telling, because central to the criticism of the movie is that sexual inadequacy and the consequences of a prolonged lack of love and intimacy are only problems on the “incel” side of the ideological divide.

I would argue that much of the delayed adolescent style of online activism, that is expanded and amplified through a digital prism, reflects many of the activist’s fundamental loneliness and isolation from the real and natural world. We don’t see Arthur Fleck walk in a forest, swim in the sea or laugh while holding hands with a lover under a sunset because Arthur Fleck is the protype of the modern left-wing activist or alt–right malcontent.

Fleck mirrors the alienation and estrangement from the natural world that plagues our modern societies. Such people do not like what they see in the mirror but, rather than excavate and recalibrate faulty internal hardwiring, the modern Homo sapiens will seek to deflect and to externalise their inner torment, which is where microwaved, ready–made, ideological constructs enter the equation and foment and legitimise the internal torment Arthur Fleck and many others feel, but will not admit to.

Joaquin Phoenix is magnetic in the role of the emaciated testosterone–free Fleck. After 10 seconds, the viewer is reeled into the world of Arthur and his Norman Bates–style maternal relationship.

Joker’s biggest feat, however, is its exposure of society’s hypocrisy towards mental illness. We preen and posture around concepts of inclusivity but, from a purely Darwinian standpoint, altruism towards mental illness is in short supply amongst the general population. In an egotistical and highly individualistic society, epidemics continue to rise involving isolation and mental health problems, yet our governors and lawmakers refuse to adequately fund the required supports necessary to reverse the trend, with swathes of the population retreating to the false warmth of the online world and alternative identity. And it is here where we are producing isolated young men and women, ranting and raving about fascists and racists, or conspiracies about immigration and replacement of indigenous population. Such thought mechanisms are the natural product of societies failure to protect its citizens from slipping slowly into the abyss.

Once the abyss begins to open, the descent can be long and tortuous, ending more often in self-inflicted violence.

My advice; avoid falling into the obvious and tiresome ideological traps. Watch the movie, admire the performances and marvel at how, in the age of constant superhero CGI commercial movies, Joker – a movie about a mentally ill loner – has somehow captured mainstream consciousness.