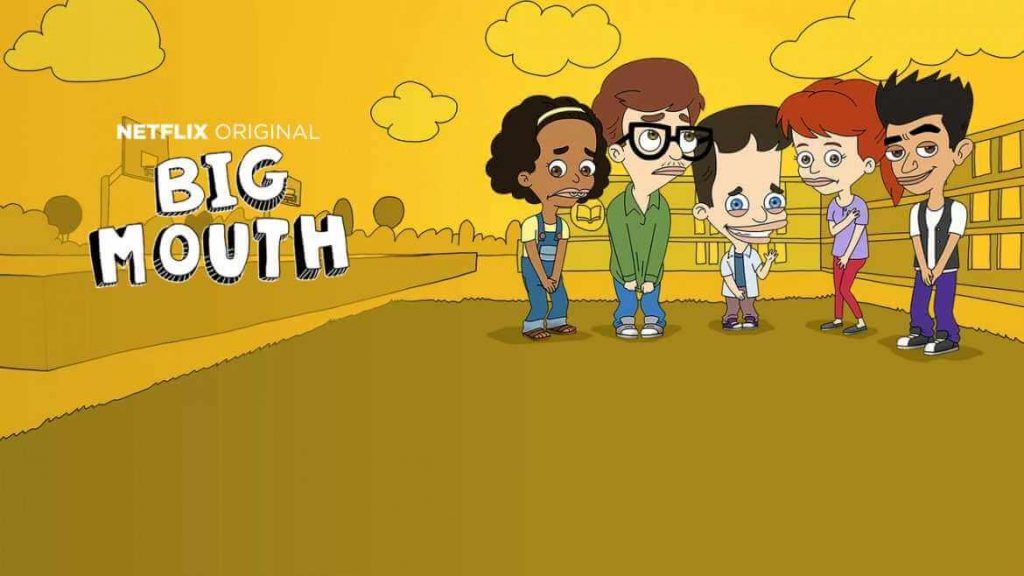 Netflix’s sensationally crass cartoon comedy series Big Mouth has proved to be a major hit amongst fans over the last few years. Now on its third season (which admittedly, I still haven’t gotten around to finishing), the series has expanded its universe to include interesting new storylines and characters that has kept the show fresh and as funny as ever. Crude, and at times disgusting, the show follows a group of teenagers as they begin their journey throughout puberty, guided by their assigned hormone monsters, who are there to advise, guide and help them along the way. However, this isn’t always the way, as the hormone monsters are impulsive, irrational, and quite frankly, they are the personification of the early hormonal urges one gets whilst growing up.

Big Mouth showcases the challenges that come with puberty for young people whilst growing up and acts as easy watching for viewers. Witty and extremely well thought-out, anybody who has ever gone through puberty will find aspects of this show hilarious. The show is strife with awkward moments, and the characters, distinguishable by their big mouths (massive lips, too large for their faces, hence the show’s name), have to deal with the outcomes of these moments with little to no guidance from their parents and teachers, such as Coach Steve. Despite the show’s appearance, it is one hundred per cent not an educational show, and I, for one, am glad it wasn’t around for me to get ideas from when growing up. That said, the show provides teachable moments and dots sensitive storylines amongst the comedy every now and again to keep the show realistic and as heartfelt as possible.

Big Mouth deals with themes such as depression, shame, sexuality, divorce, body image and feminism. For example, the introduction of the Shame Wizard in season two saw the entire cast deal with what it feels like to be embarrassed and guilty about things they’ve done, which is a feeling everyone can relate to whilst growing up. A major storyline also sees Jessie’s Mom having an affair with another woman, and, as a result, she leaves Jessie’s stoner dad. This sends Jessie into a depressive and self-destructive episode which sees her getting abducted from her Hormone Monstress by the Depression Kitty. Jessie’s friends and her Hormone Monstress, along with Maurice, the Hormone Monster, go on a rescue mission to get Jessie back. They help Jessie get help and save her from the depressive episode she is going through, and this is one of the many heartfelt moments of the show.

The show also has a wide range of diverse characters, such as openly gay teens and adults, strong female characters, Jewish characters, and people of colour. As a result, it has every opportunity to educate from a societal point of view, as well as remaining hilarious and care-free from a viewing perspective. It is well-written, funny and has some amazing musical sequences. The theme song is also an absolute tune and is nearly a reason within itself to watch the show. If you haven’t watched it already and can put up with the gross-ness of season one (and weird looking mouths), then get on it as soon as possible. All together now: I’m goiiiiiiing through chaaaaaangeees….