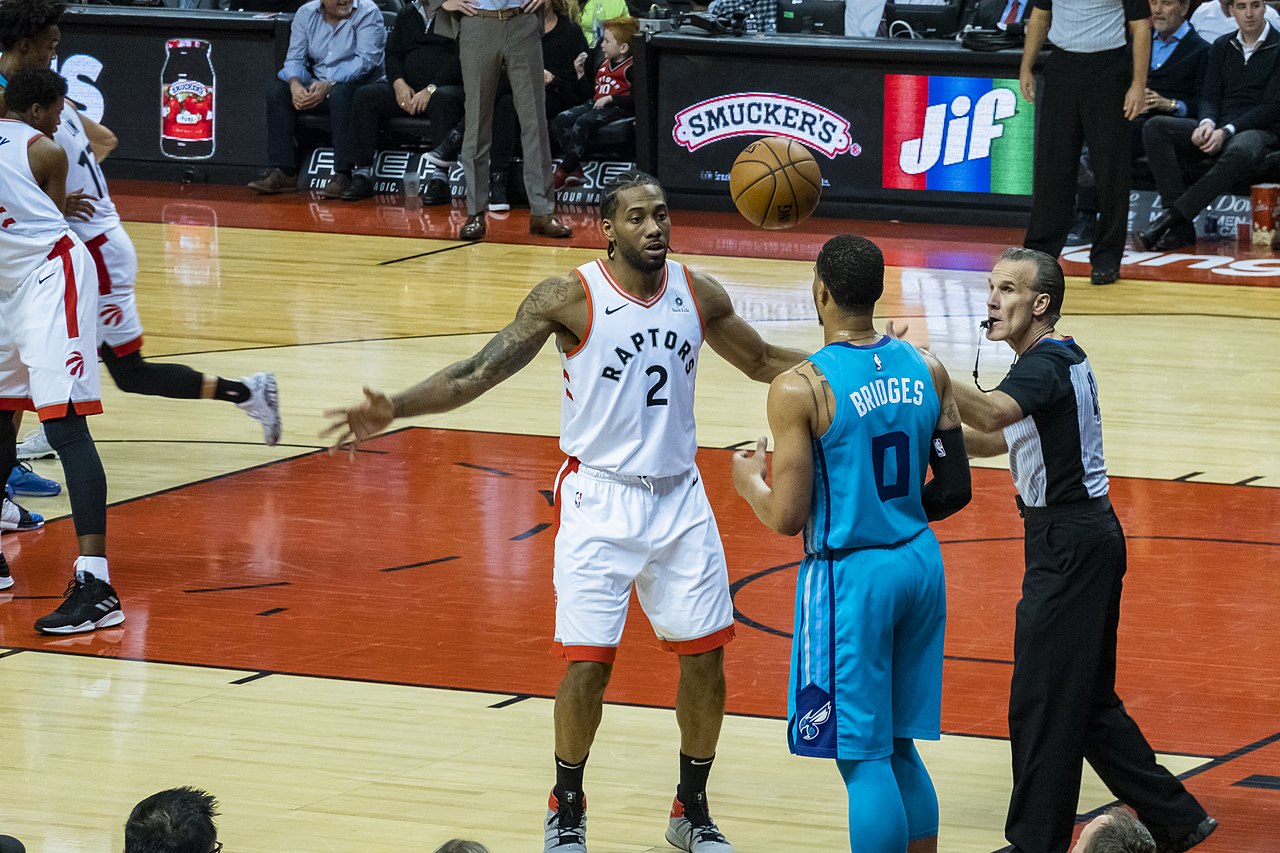 The Toronto Raptors shocked the world by beating the Golden State Warriors in the NBA Finals last season. Two-way phenom, Kawhi Leonard, took the post–season by storm, leading the league’s sole Canadian franchise to its first ever championship.

Heading into the 2019-2020 campaign, neither team figures into the race for the Larry O’Brien Trophy. Yet another free agency frenzy has turned the sport of basketball inside out, with old contenders fading away (no pun intended) and new challengers looking to stake a claim.

Despite bringing Toronto a ring, Leonard decided to take his talents to Los Angeles with the Clippers. The L.A. front office turned a good off–season into a great one, by also adding All-NBA forward Paul George, via a trade with Oklahoma City. They’ve gone from a possible playoff team to early title favourites.

The Clippers established a theme for the upcoming season with their Leonard-George tandem. The NBA has been a league of trios since the days of LeBron, Wade and Bosh in Miami. It’s now becoming a league of duos.

Look no further than the Clippers home patch, which they share with the hometown rival Lakers. It was a year of firsts for LeBron James in SoCal. He missed the playoffs for the first time since 2005, suffered his first major injury and failed to make All-NBA First Team for the first time since 2007. He now has a running mate, in the form of All-Star forward Anthony Davis.

The battle for Los Angeles supremacy could end up being the Western Conference Finals. Elsewhere out West, Russell Westbrook and James Harden are back together in Houston. They’ll have something to say, as will Damian Lillard and CJ McCollum in Portland, and Nikola Jokic and Jamal Murray for the Nuggets.

But what of the once unbeatable Golden State Warriors? Stephen Curry remains one of the hardest men to guard in all of basketball. Draymond Green is a defensive stalwart. Could they defend their throne with Klay Thompson out due to a torn ACL? Can D’Angelo Russell fill that void?

It will depend on how sorely missed Kevin Durant is. KD was expected to leave in the summer, although his destination was a surprise. He chose New York, electing to join the up-and-coming Brooklyn Nets, rather than the more historically relevant Knicks. His new partner in crime, Kyrie Irving, will have to carry the team while Durant nurses a torn Achilles.

Durant’s injury puts the Nets’ title chances on ice until 2020. The East is an open race until then. Defeated conference finalists Milwaukee will look to build on Giannis Antetokounmpo’s MVP year. With Kawhi out of Toronto, they’re most likely to represent the East in the Finals.

The primary challenge will come from Philadelphia, as the 76ers prepare a new look roster. Jimmy Butler left for Miami and his ability to close out games in the fourth quarter will be missed. However, Al Horford comes in from Boston and Ben Simmons has had another off–season to develop his game and continue to gel with dominant big man Joel Embiid.

With Kyrie and Horford leaving Boston for Brooklyn and Philly, the Celtics are the Eastern Conference’s odd men out. Young stars Jayson Tatum and Jaylen Brown disappointed last season. All-Star guard Kemba Walker comes in from Charlotte but it’s a tall task for him to fill Irving’s shoes. Perhaps head coach Brad Stevens can get the most out of a depleted roster.

Away from the playoff race, there are still points of intrigue. Number one overall draft pick Zion Williamson is the most highly-touted prospect since LeBron James. His explosive offensive talent and infectious love for the game are a welcome addition to the NBA.

The NBA is more unpredictable than ever, now that Golden State’s dynasty appears to be over. With so many new partnerships forming all over the association, who knows who’ll come out on top?

A year ago, I called my shot, picking the Warriors over Boston in six games in the Finals. That didn’t work out. This time I’ll go for the new-look Clippers over Milwaukee in a 4-3 thriller.