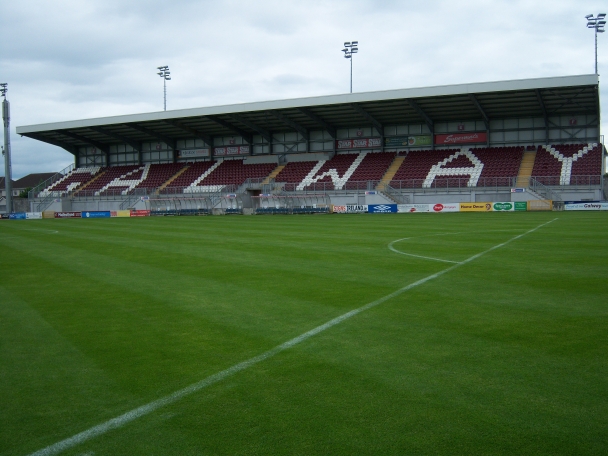 It has been a season of two halves for the Tribesmen this year. An impressive finish to the season undoubtedly overshadowed the under–performance and narrow defeats that blighted large parts of this season.

For many years, Galway United have always had a huge turnover of players from season to season and this could be put down to the recruitment strategy. The recruitment of talented, but, ultimately mercenary, players that don’t care much for the club, had left Galway in this situation, languishing in the lower half of the First Division with little hope of progression.

This was something that newly appointed permanent manager Alan Murphy has tried to change. Alan knew all too well of the type of players that were playing for this team, having been a squad member last season. He launched ‘Project DNA’, in an effort to recruit local and youth team players who have an affinity to the club and want to play for the team.

The recruitment for this season was different from many of the previous ones, with Murphy having to work on a smaller budget than his predecessors and signing mostly unknown and unexperienced footballers, such as Ivan Gamarra, Shane Doherty and Cian Murphy.

The majority of this season was a struggle for this young Galway side, losing seven of their first team games 1-0, which, while not great, showed a team who were a couple of players away from turning things around. However, the mid-season form for United made it seem as though this team was a long way away from turning their fortunes around, after going 12 games without a win. It looked as though Murphy’s experiment had failed.

This, however, changed with the signing of Killian Brouder, Stephen Christopher and Jack Lynch, whose arrival seemed to lift the entire team and produced a finish to the season that allows United fans to hope for the future, as long as this squad is held together. The Tribesmen end–of–season form produced only one loss in their last seven games, which included a very impressive win over Cork City in the FAI Cup, as well as a defeat at the death to 2nd place League of Ireland side, Shamrock Rovers. The game that showed the potential of this side was undoubtedly the 7-1 thrashing of Cobh Ramblers, where it was clear to see the ability of this young group of players – most notably Maurice Nugent and Donal Higgins, who look like they will be key players for Galway for years to come.

This change in form could also be attributed to the clearing up of many injuries that this squad had to deal with – most notably Conor Barry, who was had his first consistent run of matches of the season and showed the form that got him the Player of the Year award last season.

The change that this squad has gone through has been astonishing and has shown the great potential which this side possesses – so much so, that it wouldn’t be out of the question to think towards promotion for next season. The only question for Alan Murphy will be: how much of this team will he be able to keep hold of?