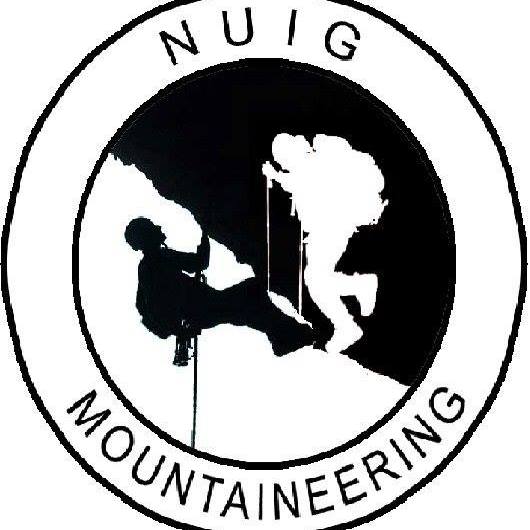 January will mark the 50th Anniversary of the NUI Galway Mountaineering club. As one of the oldest and largest clubs at NUI Galway, SIN takes a further look into the club.

The first club captain, the late Tony Whilde, led the club for their inaugural year of 1970 and continued to do so until 1973. Tony Whilde was a conservationist, ornithologist and a man with a love for the Western landscape of Ireland. He set the pace for what the club would become. Minutes from meetings during these early and pioneering days are available at the James Hardiman Library. The club takes pride in their history and, so, much time has been spent by current and past members compiling data from these initial days.

With almost 4,000 current members, the club proudly boasts one of the largest memberships of any sports club on campus. The club is very popular amongst Erasmus and international students, as it offers an excellent way to make like-minded friends, as well as discover the beautiful landscapes of Ireland when they take a step outside of our towns and cities.

Speaking to current Captain, Gerard Mangan, he emphasises that the Mountaineering Club is an “open club”. A place for anyone and everyone, whether you are there purely for the social aspect, or have ambitions of climbing some of the toughest mountains on the planet. This sense of openness and inclusivity is something that stems down from Mountaineering Ireland, the governing organisation of hillwalking and rock climbing in Ireland. As part of their mission statement, they value “fun and personal challenge in the hills, mountains, crags and climbing walls at every level”. NUI Galway MC co–operates with other mountaineering, hillwalking and climbing clubs within Galway and often run co-operative events and talks.

NUI Galway MC offers weekly hikes within the surrounding area of Connemara. This affords lucky hikers an opportunity to see the famous Connemara snapping turtle that resides deep within Joyce County. The Burren and Nephin range are also occasionally visted. There are hikes for all abilities, from the novice walker to the experienced mountain climber, making Sunday hiking an attractive activity for all members. There is daily rock climbing at the Kingfisher gym during the week, where members can enjoy bouldering, top roping and lead climbing. The club undertakes several trips a year to somewhere within Ireland or abroad, where much craic is had. It facilitates an environment where important skills are learned and developed and encourages members to take these skills outside of the club environment, to the hills, mountains and crags within Ireland and abroad, where they can delight in and challenge themselves at a new level.

Captain Gerard Mangan is enthusiastic about the benefits to both mental and physical wellbeing, stating that they’re some of the key aspects that attracted him to the sport. Outside of the climbing gym, all mountaineering activities lead to a connection with nature. Being outside in the hills is an excellent way to clear your head, boost creativity and problem solving, as well as improve your outlook on life. It is no wonder that doctors in Scotland are now prescribing time outdoors to treat such things as anxiety, depression and high blood pressure.

One of the highlights of the calendar year for the NUI Galway Mountaineering Club is the Maamturks Challenge. This event, organised by the club, requires participants to transverse the Maamturks mountain range, navigating through barren and rocky terrain in often harsh weather conditions. The challenge is 25km long, with 2300m of assent tackled. It attracts some of the most experienced hillwalkers in Ireland, with participants coming from the local community, as well as further afield. It originally was held in 1973 by Coiste Pobail an Mháma, however NUI Galway MC became involved in 1975 and have since become the primary organisers, with help from Galway Mountain Rescue and Galway Radio Club. The event has been running every year since, with the exception of 2001 and 2003, due to the foot and mouth outbreak and treacherous weather conditions respectively. The race gained national recognition, with the club winning an Outsider Award in 2016 for the best Outdoor Event of the year.

NUI Galway Mountaineering Club is always open to new members. Interested students can contact the club through their website or Facebook page, or just drop down any evening and chat with a member of the committee.