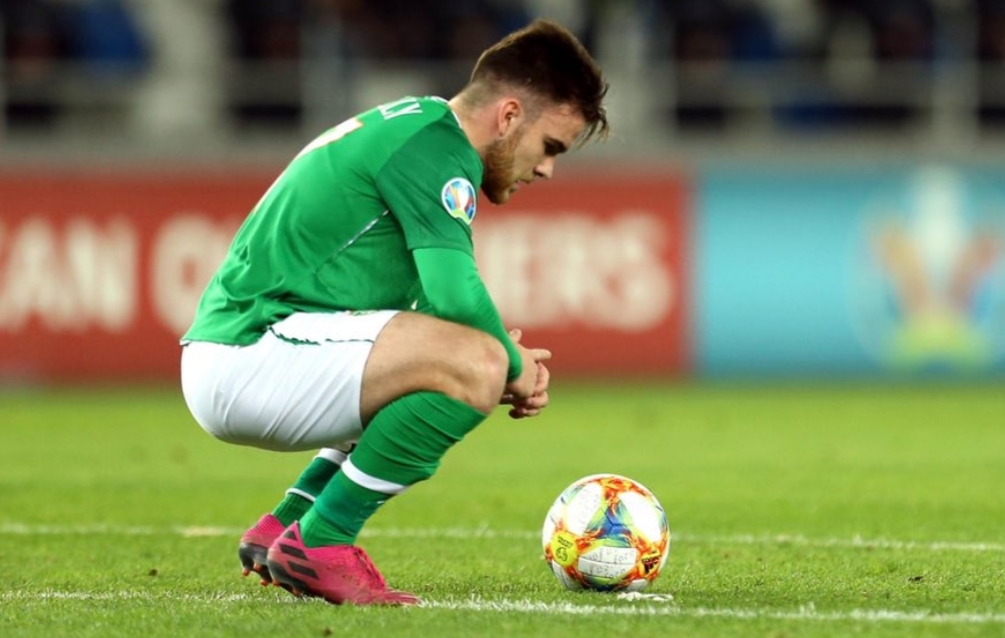 Saturday 5th October 2019; the day Aaron Connolly announced his arrival onto the English football scene, and boy did he do it with a bang. Making his full Premier League debut, the former Mervue man bagged a brace, leaving a hapless Spurs side shell-shocked and reeling.

His performance earned him plaudits from the pundits. All-time leading Premier League goal scorer Alan Shearer described the 19-year-old’s performance as “absolutely magnificent”, and a “complete centre forward’s performance”. His two-goal haul against Tottenham two weeks ago made Connolly the first Irish teenager to score a Premier League brace since Robbie Keane against Derby County, all the way back in August 1999. Connolly wasn’t even born when Keane scored his double and ‘When you say nothing at all’ by Ronan Keating was at number 1 in the charts. Now, rather than sing butchered 90’s classics by washed up boyband singers, people are singing something else: the name of Aaron Connolly, but is Connolly the new hope, the dynamic centre forward Irish fans have longed for since Robbie Keane lost his yard of pace all those years ago? Is he the man to fire us to the Euros and to lead the line on our quest to get the sun burning of a lifetime in Qatar in 2022?

Or, is it just all hype? Another flash in the pan that gives us a brief moment of hope, followed by the crushing frustration and disappointment so painfully familiar to Irish soccer fans. 10 years ago, fans had hope that Leon Best would be Ireland’s new goal scoring sensation. Fast forward to today and Best is a distant memory, currently without a club since leaving Charlton Athletic almost two years ago. And, while the comparisons between Best and Connolly may stop at Irish striker with lots of potential, it serves as a poignant reminder for fans not to get ahead of ourselves.

Ireland’s underage setup is brimming with talent at the moment. Tom Mohan’s recent Under–19 squad selection proves this, boasting prospects such as Borussia Monchengladbach midfielder Conor Noss, and Harvey Neville, within their ranks, while future Ireland boss Stephen Kenny’s Under–21s are also flying the flag for Irish football. Following their Toulon Tournament heroics over the summer, they currently sit pretty at the top of their European Championship Qualifying group.

Our strong youth squads may prove that Connolly is not the be all and end all, with plenty coming in the underage ranks queuing up to take his crown as the cream of the new Irish crop. Tottenham wonderkid Troy Parrott is at the front of this line. Still only 17, the versatile attacker has caught the attention of even the most casual of soccer fans in this country. The thoughts of a Connolly–Parrott partnership in a few years time seems a far cry from our current cohort of David McGoldrick and Callum Robinson.

While Connolly and co may have supporters licking their lips in anticipation at the moment, so much remains uncertain with our exciting young prospects. Caution must be aired to aid their development. Overhype and hysteria won’t do us any favours and certainly won’t see us qualify for major tournaments.

So, while we may be right to be excited about a 19-year-old Galway lad putting Spurs to the sword, perhaps we shouldn’t get too ahead of ourselves just yet. The possibility of a 34 year–old Shane Long coming on in a 2022 World cup qualifier is still as potent as ever.