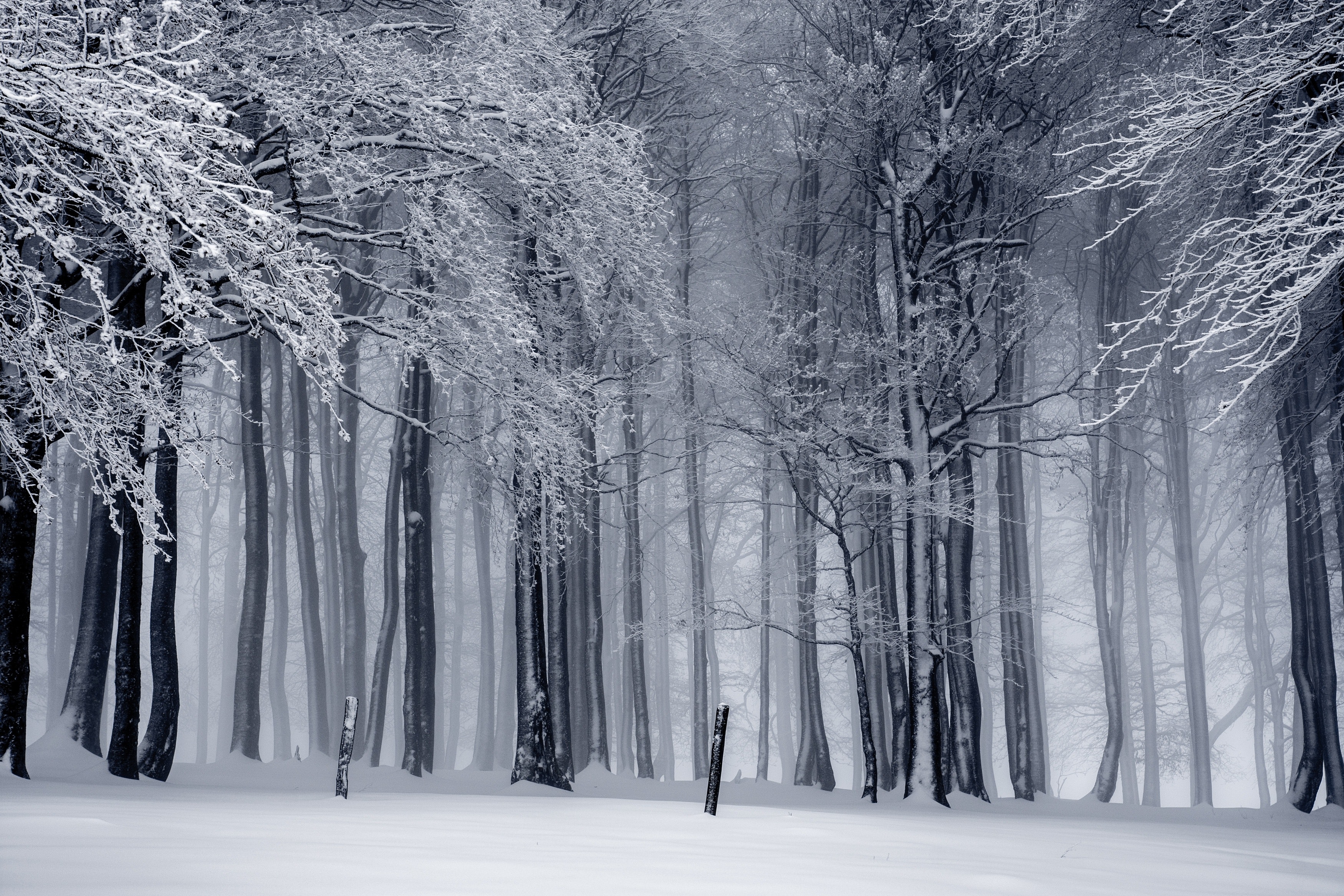 There is a girl, plain of face, covered in a ragged coat that’s a black hole against snow. Hair tucked haphazardly under her hood. She stands looking at the house on a hill, merely silhouetted, towering over her like a god.

If she had a companion, they wouldn’t find her so plain. Lights, from the city nestled below, sculpt her bones, making her skin glow a caramel gold, but there’s no one to see her shimmer.

Snowfall crunches under her boot, like paper being crumpled up in a distressed writer’s hand. There’s no guide of light, with a city dulled, and stars lost. The moon peeks through every so often, seemingly pitying the girl, gifting light when darkness endures.

The journey is long and dangerous; climbs up steep slopes. Fatigue hits without warning and her knees are in the snow. Ice seeps into her stockings. Her upper body too is pulled down, as if the snow had her chest on a string, and finally, jerked.

She’s uninterested in getting up, though the house is not far. Her eyelashes clump together, weighted with snowdrops. Eyelids flutter closed.

The stag nudges her cheek in with its nose. Her skin is blue, and her black coat swallowed in white, but her eyes open with a pull and a sting, and the stag doesn’t trample away. He bends down, curling sturdy brown legs under his body, and bows his head, until the tips of his antlers dig under snow. She knows what he intends. Weakly, she lifts her hand, despite the fear that her fingers might break, and wraps them around one antler. Gripping hard, white knuckles against blue skin.

The stag gently lifts his head, and her body pulls up with him. She manoeuvres herself to her knees. The stag looks at her through a glassy eye and swiftly stands. Her small frame lifts off the ground. Aching for earth’s solidity, she straightens her legs and stands again. She lets go, but, quickly, before she falls, her palm rests on his side.

She turns to look at the indent her body made on the snow. Why did she decide to come to this house on the hill? She could’ve sheltered under a parked car like she usually does. The house won’t drive off and kill her. It has four walls and a roof. She should’ve travelled in daylight, when the earth was just dusted.

Her thoughts are interrupted when the stag turns his head toward her and she sees him. His eyes shine.  He turns, facing the pathway that leads to the house; rocky and enclosed in mountainous spruce trees. She steps towards it, and her companion walks slowly with her, keeping herself up with the strength of his side.

She looks at his antlers. They are like tree branches, but sharper, deadlier. Somehow, she knows they are not dangerous to her. His deep brown pelt smells wild, warm and soft. She wishes she could curl under him. A part of her does not want to go to this awful house anymore. It’s cold and dark. She will have to find the perfect corner, with the least wind, and no snow fallen in. Her only hope is that the stag will stay and keep her warm.

The snow has deepened since she woke, curling around her boots like a menacing hand trying to pull her under, to drown her in frosty blankets. The path twists like a ribbon.

When the pair turn their last corner, the house is not what it was, but is a place in its prime. A soft glow pours out of the glass windows, smoke floating from a brick chimney not toppled. The girl is so elated that she doesn’t question it, using her weak legs to totter over to the door, as quickly as she can.

The stag follows. He nudges her again, encouraging her to knock on the door. When it opens, the light inside is too bright for him to see in, but the girl is suddenly different, turning to him with vibrant pink cheeks, twinkling eyes replace the stars. She smiles softly up at him, her hand petting his side one last time, before she disappears inside forever.