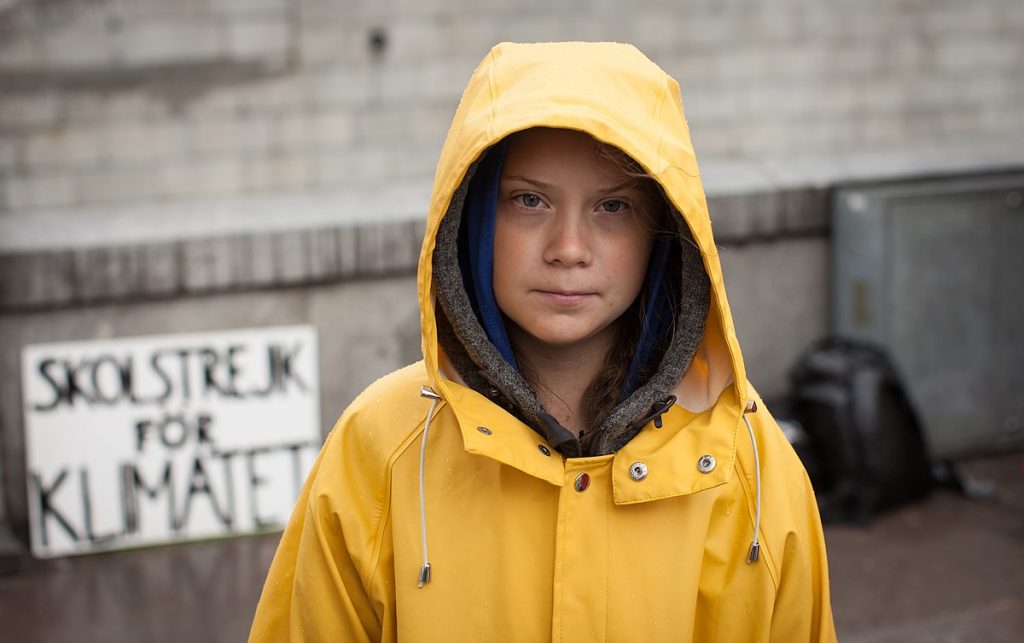 After Greta Thunberg’s rousing speech to UN delegates, both sides of the climate change debate have held firm to their beliefs. Is one side scaremongering, or is there even a debate to be had at all? Cian Mortimer and Aaron Deering have slightly differing views on the matter.

The character assassination of Greta Thunberg

In the current social and political climate, I’m sure that, unless you have been living under a rock, you have heard of the inspirational young figure that is Greta Thunberg, the 16-year-old climate activist, who sparked the widespread student protests. Following on from this, Greta recently gave a stirring speech at a United Nations Conference. Greta used this world stage to call out the figures of authority who have let the planet deteriorate into the state of free-fall which it currently finds itself in. Not everyone, however, has reacted quite as positively as most of the population to Greta’s inspiring show of leadership.

Since Greta’s speech from the United Nations’ Conference made its way to viewers around the world, the usual cohort of Z-Class political commentators have come out with their familiar drivel – this time, directed at Greta Thunberg. These thinly veiled attacks on the character of Greta Thunberg seem to originate mainly, although perhaps not solely, from the more conservative of political commentators, born during the ‘Baby Boom’. These character assaults, poorly disguised as ignorant political commentary, have ranged greatly. Commentators have targeted everything from Greta’s physical appearance and her mental state, to her credibility and the agenda of those who support it. One particular quote which drew a shocked, outraged reaction came from a guest on Fox News, Michael Knowles. Knowles made the claim that “The climate hysteria is not about science. If it were about science, it would be led by scientists, rather than by politicians and a mentally ill Swedish child, who is being exploited by her parents”. Blatant social and scientific ignorance aside, the decision of a fully grown adult, and so-called ‘political commentator’, to target the mental state of a young girl fighting against the demise of the planet is equally baffling, frightening, and disheartening.

Aside from an array of outlandish accusations (such as Dinesh D’Souza’s attempt to draw a connection between Thunberg’s physical appearance and Nazi propaganda from the 1930’s), one particular article which stuck in my mind was that of the ever–ignorant and obtuse Piers Morgan. This article, written by Piers Morgan, is headlined “Grating Greta’s a vulnerable to young drama queen who should go back to school, but President Trump must stop mocking her and start listening- because she’s right about climate change”. Despite, at least, acknowledging the existence of climate change, Morgan’s headline is immediately demeaning and a clear attempt to discredit the legitimacy of Thunberg’s endeavors. In the main body of the article’s text, one quote grabbed my attention more so than any other. Morgan says that “If you’re a conservative, she’s a whining, crying, annoyingly self-righteous weirdo who is massively exaggerating the imminent threat posed by climate change and just ‘doesn’t get it’”. Although Morgan follows it up by saying he himself is somewhat split on her character, the quote itself still struck me as concerning. Even if expressing the view he imagines someone else having, Morgan paints Thunberg in quite a demeaning light, symptomatic of the smear campaign against Thunberg which certain sections of the conservative community have committed themselves to.

Having acknowledged the existence of this smear campaign, another question begs itself – why are a section of the world population, who ought to have the wisdom and social responsibility to know better, personally targeting the character of a 16-year-old girl? The simple answer is that they are scared. Certain classes of society, particularly within certain generations, have become very accustomed to the cushy lifestyle in their own upper-class bubble. These same people also happen to be the ones who won’t have to live to see the worst consequences that their actions are having on the planet. To them, Greta Thunberg represents an annoying little pest, who is intent on seeing them held accountable for their actions. To make matters even more frustrating for these people, Greta has no troubled past or dark secret which they can draw upon for ammunition. Greta Thunberg is, essentially, a symbol of innocence and bravely fighting to save the planet. As a result, those who see her as a threat to their way of life, and are intent on discrediting her, are having to stoop to very low levels to do so. This represents another dangerous development in the right-wing campaign of misinformation and propaganda.

What can we as citizens do individually? First of all, think carefully about whose word you do or don’t trust, particularly online. Second of all, don’t buy into, or take to heart, anything that may be said about Greta Thunberg during, or as a result of, this disgusting and targeted campaign. Acknowledge its existence, call out the perpetrators, and give it no further oxygen. Most important of all, continue to fight against climate change. We don’t have time left to delay anymore, action has to be taken as soon as possible and it has to be drastic. As the movement progresses, the dissenters will mount, as Greta Thunberg has found out recently, but that just means we have to shout louder. The clock is continually ticking, and now more than ever we need ‘system change, not climate change’. 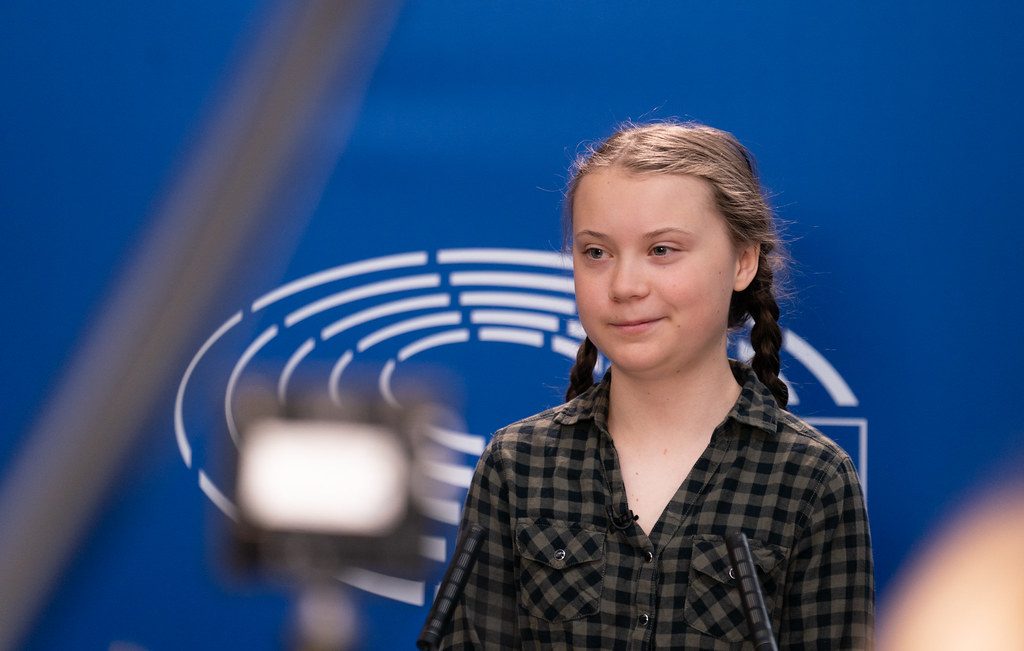 We’re all hypocrites when it comes to climate change

There’s been a lot of attention on climate change in recent weeks, due to Greta Thunberg and the school strikes for the climate movement. A lot of this has been positive, but there have also been negatives. The positives have been that it has highlighted the important issue of climate change, which is a very much real problem that I recognize. It has also made society and governments more conscious of climate change. The negatives are that, sadly, it’s taken a sixteen-year-old girl to finally make people aware of the harm we’re doing to our planet.

She’s right when she says she shouldn’t have been put in this position, and the online abuse she has taken has been disgusting and a negative around what was supposed to be a positive movement. Anyone watching her speech at the UN will agree with what she was advocating, but they will also agree that, at one stage, it was disturbing, as it’s clear the girl is under immense pressure and that it is starting to take its toll on her. It’s not healthy for a girl her age to be under this intense scrutiny and pressure, so I do ask the question; why have her parents allowed this to happen?

The other negative is the scaremongering Greta herself has caused, because there are kids genuinely frightened about climate change and, yes, this isn’t exactly a bad thing, as it shows that they do care about the planet, but kids shouldn’t be worrying about this, they should be out enjoying their childhood. The scaremongering is caused by Greta and the climate change movement, because they’re creating the impression that, unless something is done by tomorrow, the whole world will end and that’s not true. Yes, we don’t have a lot of time, but we do have a small window of time to change things. This is the problem that I have with the climate change movement: they’re not realistic and, by this, I mean we can’t just switch from running everything from oil and electricity to renewable energy overnight. Greta and the climate change movement are great for advocating for climate change and demanding change, but they never offer real solutions. By real solutions, I mean, like, how are we going to replace all the jobs lost when we shut down the oil industry or how are we going to make green ideas, such as electric cars, affordable to the average person? These are people’s livelihoods and it’s not as simple as advocating for change and simply destroying people’s lives in the process. Yes, I accept that the planet is being destroyed as well, but we need to come up with a proper plan first, before just launching into something that may turn out to be completely wrong in 10 years. An example of this is how many of us, not too long ago, were told diesel cars were better for the environment than petrol, and then to find out they’re worse.

The thing is that a lot of people my age are hypocrites when it comes to climate change. How many people claim they care about the environment but still left thousands of tents at Stradbally after Electric Picnic, or how many of us left cans behind along the Spanish Arch during the recent good spell of weather? This is the problem with most of us, as we are hypocrites when it comes to climate change, because we say one thing and do the opposite. For me, actions speak louder than words and it’s time we put our talk into action and into proper workable solutions. It’s not as easy as just putting a new tax on everybody, such as the carbon tax, because you’ll quickly find that once people’s pockets are hit, they will turn hypocritical and will look after themselves rather than the planet. That’s why we’re all hypocrites when it comes to climate change.