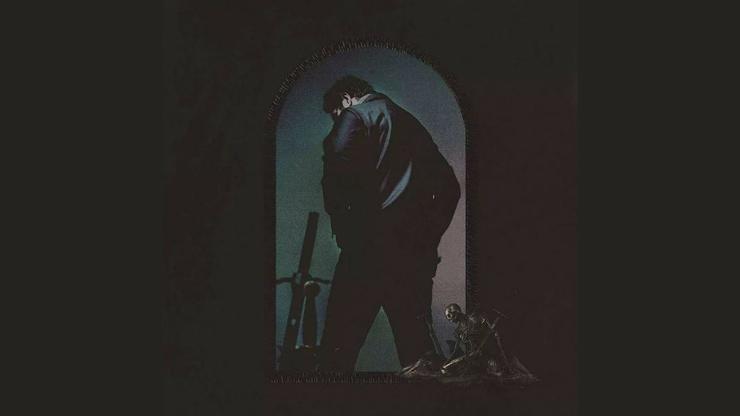 Post Malone has released another album, once again showing he has a remarkable capacity for intriguing, melodic songwriting, and, once again, showing that he’s not sure he wants to pursue it. Whether you like him or believe he’s a hack, his impact on our culture (music and fashion in particular) is undeniable.

If Stoney (his debut) was a glimpse into what Post Malone was capable of, albeit not fully realised, then Beerbongs & Bentleys (his second album) was an anaemic, seemingly endless collection of monothematic radio tunes, almost none of which have anything to say. This, of course, is one of Post’s big problems – he himself is not actually sure that he has anything to say. His obscenely swift rise to fame propelled him onto a platform that he was not ready for, and maybe still isn’t.

Beerbongs & Bentleys came in at a painful 64 minutes, and the listener feels every single one of them. In spite of commercial success, the reviews were mixed to say the least: both the Guardian and Rolling Stone gave the album 2 stars out of 5. Thankfully, Hollywood’s Bleeding is a much more thoughtful effort, something apparent from the offset. It doesn’t overstay its welcome, either, coming in at just under 51 minutes. This is definitely a good thing.

The titular opening track starts the album on a high note, giving us a brief glimpse into the best ideas offered here. The sparse guitar in the accompaniment works to his favour, a technique which crops up to good effect throughout. The verses are melodically and rhythmically diverse, and he croons nearly the whole thing, with a voice that is much improved from previous efforts.

From there on in, it’s more rocky. The short “St Tropez” sounds like one of the weaker songs off of Stoney. “Enemies” is, thematically, like a worse “Congratulations”. “Die For Me” is shockingly bland despite an interesting verse from Halsey, and “Goodbyes” offers little other than a decent feature from Young Thug, and a short run time. “On The Road” is a feature bonanza. What’s the song about? Who cares? They certainly don’t.

The only constant, even with the weaker songs, is the quality of the choruses. They’re just superb. He can’t help himself; every one of them is made for radio. They consistently save weaker tracks such as “I Know” (Post expects very little of the women he falls for and seems to resent almost all of them. Oh, well, at least the chorus is good). This distracts from how bloated the middle of the album is, with unnecessary, gratuitous features, many of which count amongst the worst songs of the album. Even the one with Ozzy Osbourne, but it’s still worth a listen, because, come on; it’s Ozzy Osbourne.

When he’s at his weirdest, Post is at his best. In “Allergic”, he lives up to his rockstar aspersions, with a punky, aggressive, bass-guitar driven number, which turns beautifully melodic as it approaches the chorus, sounding more like a cross between Meghan Trainor and early Avenged Sevenfold. Post even attempts some vocal tricks outside his trademark violent vibrato, something which strengthens the album as a whole. This is clear in “A Thousand Bad Times”, which contains one of the best hooks he’s ever written – we’ll be hearing this on the radio a lot.

“Circles” is another guitar-driven number, with a wonderful bouncing bassline that sounds like something off a Future Islands record. The Kanye-produced “Internet” is a commentary on its namesake, while not really being a commentary at all, just a series of observations over a hilariously dramatic accompaniment.

A high point toward the close is “Myself”, a song co-written by Joshua Tillman (A.K.A. the superb Father John Misty), which has a truly inspired melody. While the lyrics are shallow and uninspired, the song shines because it just sounds so damn good. Post doesn’t lay it on too thick with the voice, and it stands to him. Again, though: if you’re looking for lyrical depth on this album, for the most part, you’ll be disappointed. But there’s something here for everyone, and whether that’s a good thing or a bad thing is at the listener’s discretion.

Post Malone is an artist who is at his best when he’s most aware of his roots and influences, and who is also, for better or worse, the face of the modern-day rock star. He doesn’t say anything necessarily new to either rock or rap music, but he’s realised that he’s capable of saying these tired things in his own way – and that’s what we’re seeing here. “We’re running out of reasons, but we can’t let go” – he tells us, and I agree – but with Hollywood’s Bleeding, he might just have given us a reason to stick around.