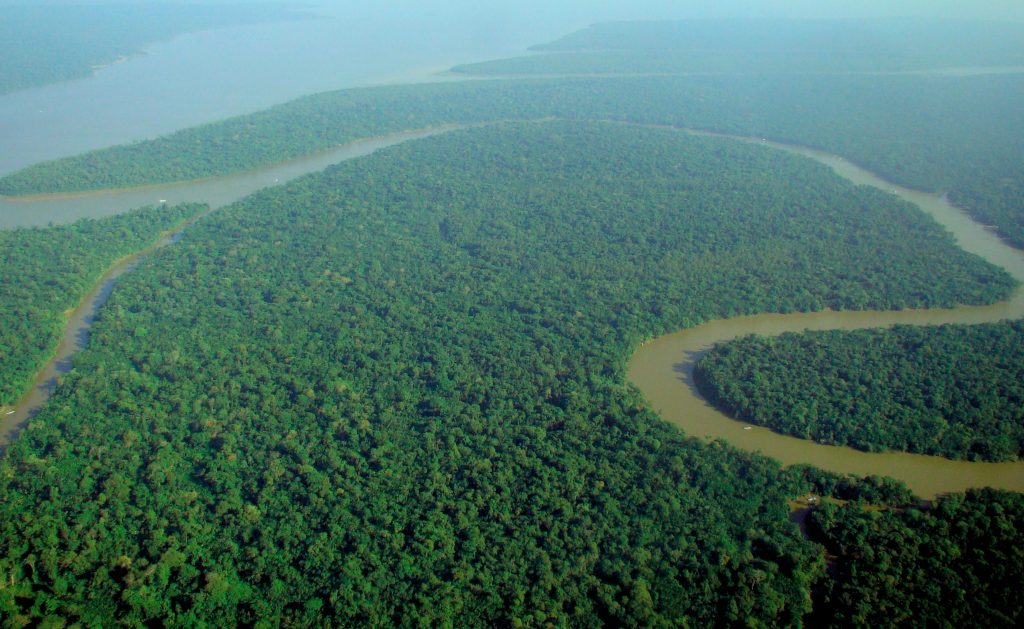 How can we save the Amazon rainforest?

Fighting for the forest means fighting alongside, not against, indigenous populations.

The destruction of the Amazon rainforest represents a problem for the whole of humanity. The forest is one of the earths most important lungs, with an unparalleled biodiversity of flora and fauna. The current destruction is not created by the whole of humanity, but by resource exploitation and extraction that is fuelled by Western patterns of capitalist consumption, principally the agro-industrial production of cattle and soy.

We are writing this piece in response to a student organised activity, ‘Rave for the Rainforest’, on October 9th, which intends to save the Amazon by buying up tracts of rainforest through the World Land Trust. While we commend this effort to raise awareness about the situation in the Amazon, we have some serious concerns about the destination of the funds raised.

The model of conservation through privatisation, that is promoted by the World Land Trust, is deeply problematic. Indigenous peoples and peasants, who have traditionally occupied lands, are often forcibly evicted, or otherwise negatively impacted, during conservation processes. Furthermore, the buying and selling of land in South America is beset with problems, such as false or fraudulent land registries and the use of coercion to pressure individuals or communities into selling. We have to ask at this point – who exactly do they think they are buying the land from?

The World Land Trust and other similar initiatives work based off of the colonialist assumption that animal life and human life are separate and incompatible, as if they assume that local communities are irresponsible and incapable of developing a wise sustainable management of the natural resources.

“Only to the white man was nature ever wilderness.” Standing Bear.

Conservation through the creation of uninhabited reserves, based on the myth of nature untouched by human presence, is highly contested, even in the USA, where the model was first implemented. It cannot be in the Latin American context, where there are people living on every inch of land. In this model, those people are treated as invisible or unwanted, expelled of their lands in benefit of Western desires.

Human people have been living in the amazon forever, as an integral part of the ecosystem and biodiversity. Indeed, research has shown that the forest would not exist without the presence of human guardianship. In fact, the only real option we have of saving the forest is ensuring that the rights of the traditional occupants of the land are protected from forced eviction and persecution in the name of conservation. According to Survival International, “Tribal peoples developed highly effective measures for maintaining the richness of their environment. They have sophisticated codes of conservation to stop overhunting and preserve biodiversity (…) The huge sums spent on conservation must be given to the cheapest solution – upholding tribal peoples’ land rights.”

To ignore the importance of traditional communities is to ignore the knowledge built by them though centuries and to ignore all of the scientific evidence, which proves the importance of those peoples, in favour of the idea that white, Western individuals, members of “a civilized” industrial society (the same industrial society responsible for the system that is destroying the Amazon), know better about conservation, and should be the ones to decide what and how to carry out this conservation. Using money, power and privilege in this way is extremely unethical.

We suggest the funds from this event be redirected to support local community–led organisations that provide holistic and sustainable solutions to the issue of deforestation in the Amazon, and who work with, and not against, the peoples of the Amazon.

The destruction we are creating in the Amazon is symptomatic of a wider problem of control over land and resources, which indigenous land rights movements have been working to change for years.  It will not be solved by one individual, nor organisation, creating further inequality by buying up land. Indeed, this model does little other than create further inequality, where access to land and resources is already scarce.  It requires sustained activism, rather than one–off actions. We welcome the interest of other student and societies to engage with these issues collectively and over a long-term basis, and invite students for a night of discussion and debate, where we will show the screening of Martirio, about the Guaraní people of the Amazon basin, the date and time for which will be announced shortly.