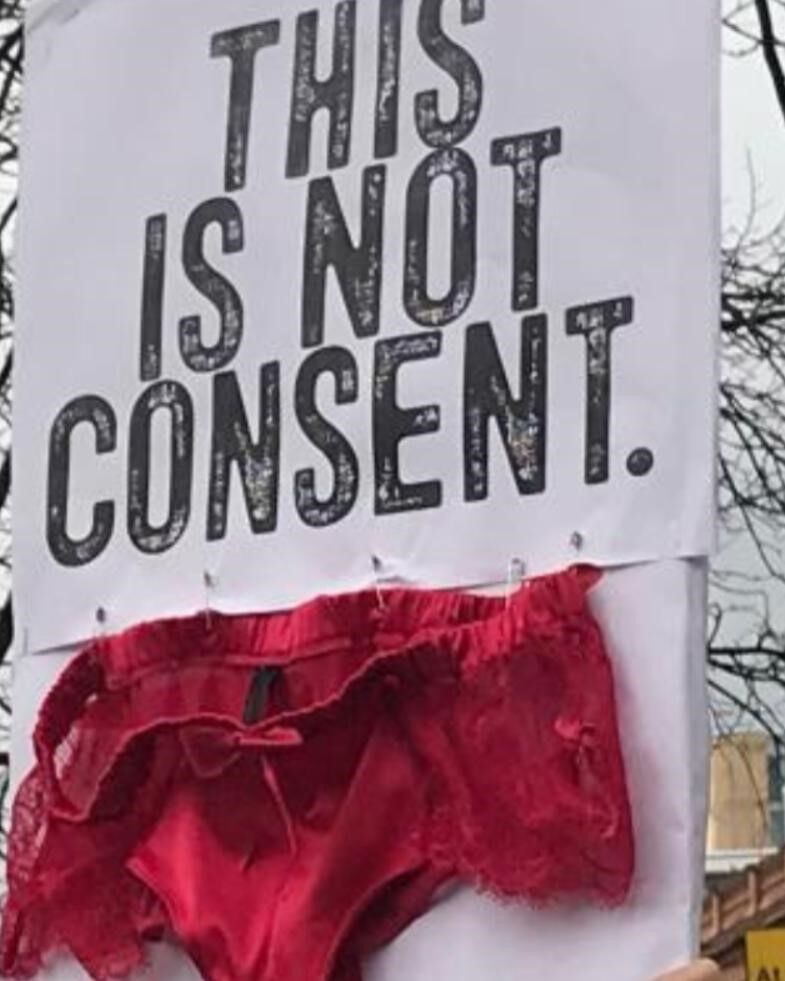 Content/Trigger Warning: This article deals with sensitive issues in a way that might distress some readers

Imagine standing in a crowded courtroom, your defendant and defendant’s lawyer cast you stares that make you shiver, you begin to break into a cold sweat. Your body still aches and shakes with fear over the previous events that had unfolded the week before. You fold your arms around yourself self-consciously, as you try to block out the reason why you are here. You look over at the reason why you are here, and he smiles smugly. You are scarred for life because of Your what he has done to you, how he has made you feel. All it took was a tiny smile and a “Hello” and he was persistent that you were looking for something more, but you weren’t. You brushed off his hand when it settled on your leg, you told him “No” when he offered you a ride home, but sometimes saying “No” isn’t enough to stop someone. That’s the scary part, we can say no and repeat it over and over, but sometimes people choose not to hear it. Your thoughts are dragged back to the courtroom, your defendant’s lawyer leans forward and asks, “On the night of this sexual assault you claim that happened, what were you wearing?”. breath catches in your throat and you feel everyone’s eyes burn into you.

That is the definition of unfair. The sad truth is, we live in a society today where people of both genders, but, mostly females, are judged critically on what they wear. Women today should be confident in their decision making when it comes to what outfit they wear on a night out or on a normal day. Her decision on what she wears should never be compared to what kind of person she may or may not be. We should be allowed to wear what we want and what makes us feel comfortable, without people thinking that we wear specific outfits for particular reasons, which isn’t the case. In a previous rape trial in Ireland, a teenager’s underwear was passed around the courtroom, the lawyer of the man who allegedly raped the young girl arguing, “You have to look at the way she was dressed, she was wearing a black thong with a lace front”. Humiliating is one of the many words to describe how that young girl felt, having her own evidence like that used against her. As a result, protests took place in Cork and Dublin, as well as people taking to social media in the teenage girl’s defence, expressing their anger and opinions on how women should not be judged by the underwear they choose to wear and how, “Clothes are not consent”.

Unfortunately, that is the sad truth, there are people out there who will take one look at a young woman and take into account that she’s dressed in a short dress, her choice of lingerie is lace and perhaps she’s had a bit too much alcohol consumed, and they will think to themselves, “Yes, she’s dressed like that for a reason, she obviously must be consenting to something more, by how she has chosen to look”. That is wrong. If a woman wants to wear a black lace thong, then that is her own decision, but don’t use that decision against her. Don’t imply that she’s looking for something more, when, in reality, she prefers wearing underwear like that. There needs to be an end put to this victim-blaming. If there isn’t, then how will that encourage future victims of sexual harassment and assault to come forward and place what little trust they have left in the justice system?