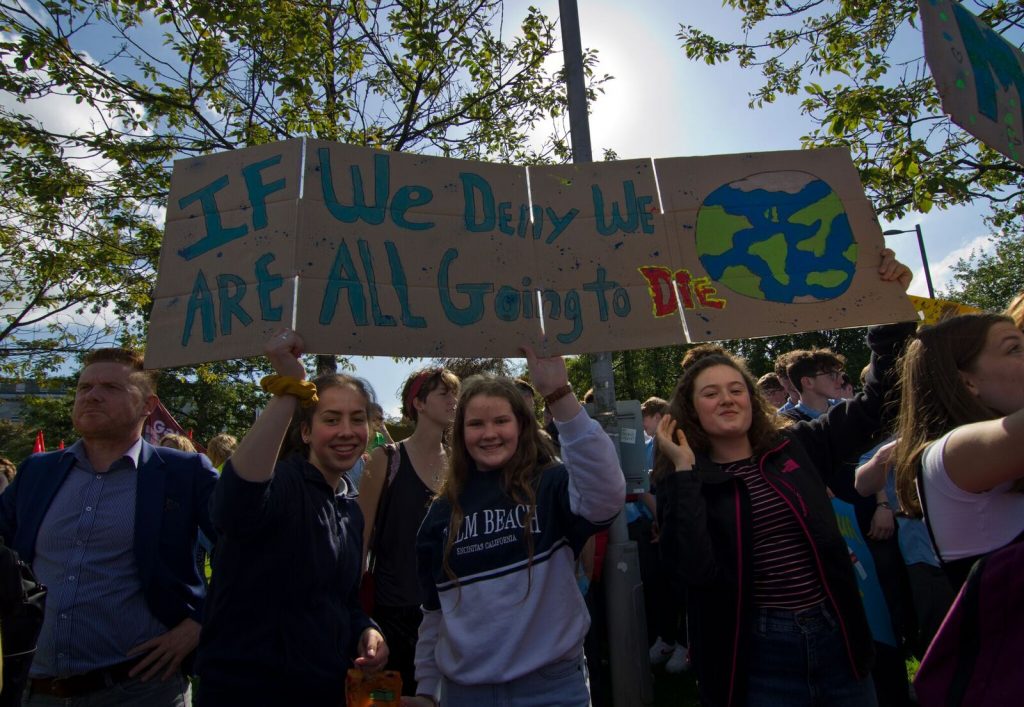 “Climate change is real, and it is happening right now” – we have been known this for years but failed to realise the consequences. The effects of climate change cannot be seen from one year to the next. However, as years stack up, the horrifying picture gets clearer. The earth is now 1ºC warmer than when NUI Galway was founded in 1985 as the “Queens College Galway”.

On Friday the 20th of September, the world experienced the biggest strike in world history concerning the climate crisis. According to a prominent climate advocacy group, 350.org, four million people across the globe took part in the protest rally, instigated by 16-year old Swedish student, Greta Thunberg, in August last year.

Following in Greta’s footsteps, children from 2,233 cities in 128 nations joined the protest this year. The aim was to prioritize environmental awareness based on scientific facts, keeping political prepossessions and monetary interests at bay. In Ireland, the biggest protest was held in Dublin, while another nine were organized across the other cities.

Protesters across Galway gathered at Eyre Square, followed by a protest march to the Spanish Arch. The sound of the slogans resonated in Eyre Square, those in attendance declaring their most profound concern for the climate disruption. In conjunction with the protests, NUI Galway held the free lecture on climate justice.

A global protest in such a large scale was unprecedented and is expected to have an impact on the world’s decision makers at the UN Climate Action Summit 2019 in New York. One crucial point made by the protesters was that, despite more than 30 years of international attempts to withstand greenhouse gases causing global warming, emissions have accelerated over the years. Protesters highlighted the scale of the challenge that climate change brings and hence demanded it be put at the centre of policymaking.

The gap between the slow pace action and the extremity of the problem was emphasized by the activists. “The eyes of all future generations are upon you. If you choose to fail us, I say we will never forgive you”, environmental activist Greta Thunberg exploded, in a paroxysm of rage at the UN Climate Summit.

Teenagers, open to new ideas and rebellious in nature, have been part of the significant social movements before as well. What made so many young school-goers raise their voices together against such a powerful force this time? The triggering factor could be the fact that young people are more concerned than their elders about the ill effects of climate change that are predicted to become severe in the next 40 years. The simplicity in the message and the determination in the young protesters made their point irrefutable to the world. This fight is for the survival of the generation who are living on the brink of mass extinction.

The severity of climate change and the damage it will bring in depends on the human response in the next few decades. The key message from protesters in Eyre Square and around the world was simple, as long as we depend on fossil fuels and cut down trees, every other solution will fail. Their hope will be that such negligence and irresponsibility will be the genesis of many youth mobilisations to come.