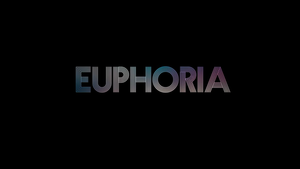 Euphoria, the eight-part series, written and directed by Sam Levinson, with the indie production agency A24, has been both heavily acclaimed and criticized this past summer. The story is told from the perspective of the life of a drug addicted seventeen-year-old girl called Rue, who is played by Zendaya. The series follows a group of teenagers who try to establish relationships and friendships in a world seemingly full of sex, drugs and trauma, with social media as an underlying social construct. It has been critically acclaimed, due to its innovative approach to tackling a range of complex issues and the stellar performances of its young cast. It has a series of graphic scenes in each episode, which don’t hold back and have attracted criticism, due to the triggering effect they could have on viewers.

In an unnerving opening monologue, Rue explains how her substance abuse came about and we learn that she spent the summer in rehab, after an accidental overdose. She also explains what drugs make her feel like: “Everything stops, your heart, your lungs and finally your brain. And everything you feel and wish to forget, it all just sinks… Over time, that’s all I wanted – those two seconds of nothingness.” Straight away, we are introduced to a very complex character with a range of conflicting emotions. Throughout the series, Rue also narrates her way through her mental illness in a way that invites the viewer to root for her sobriety and happiness, rather than use judgement.

The extremely explicit exterior of the show has terrified parents, as it includes full-frontal male nudity and statutory rape, however there’s a theme of tenderness and compassion for the characters, who face shocking challenges. Whilst it uses beautiful photography to capture what is, in the most part, a very bleak world, there are moments of hope in the series that are explored in an equally artistic way.

The acting across the board was nothing short of remarkable, Zendaya led the way, in what feels like a breakout performance, and it would not be a shock to see her collect an Emmy for it. The ex-Disney star had a scintillating performance, despite the character portrayed being worlds apart from any role she has done before. Her scintillating performance was enhanced by her co-star Hunter Schafer, who plays Jules, a transgender girl who has just moved to town and becomes Rue’s crush and carries her own baggage.

Oddly enough, Euphoria is primarily a love story between Rue and Jules, both trying to figure out who they are. It also follows the school’s top athlete Nate Jacobs, played by Jacob Elordi, who represents an image of student perfection, but has a dark past, which has led him to a very troubled present and it’s not just due to your typical self-obsessed toxicity. Euphoria investigates into the truths of many characters, most of whom have experienced the most horrible of teenage stories. It tries to represent an honest depiction of the crazy world we live in.

There’s no doubt it’s a tough watch and a trigger warning wouldn’t go amiss in most episodes, as it does have some disturbing scenes. Zendaya herself gave this message to her fans on Instagram on the night of the premier; “It’s a raw and honest portrait of addiction, anxiety and the difficulties of navigating life today. There are scenes that are graphic, hard to watch and can be triggering. Please only watch if you feel you can handle it. Do what’s best for you. I will still love you and feel your support.”

Euphoria takes graphic risks unmatched by virtually any other TV show and hence, it has drawn criticism but, at the same time, it takes a non-judgmental look at widespread problems and therefore inspires compassion. In truth, the show itself can be likened to the stage the characters are at; young adulthood. It’s a roller coaster – you feel sad, you feel happy, it’s crazy and it’s wonderful and sometimes, there’s so much going on, you lose track of what you’re meant to be focusing on. I couldn’t recommend it enough.