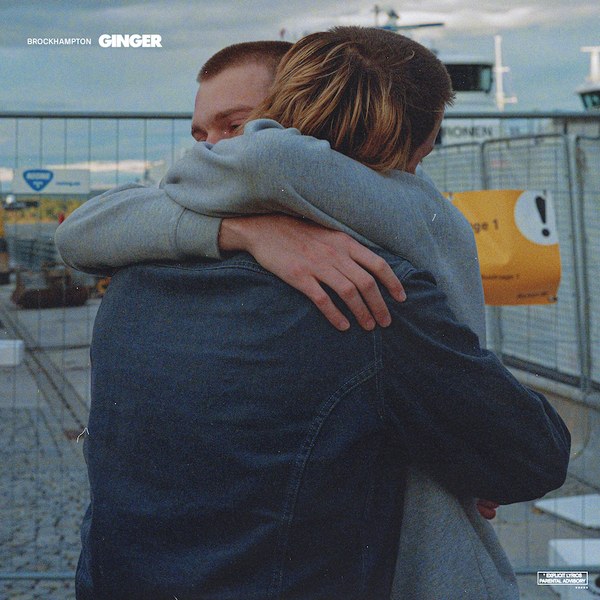 Another year has brought another album from the now Los Angeles-based rap collective, Brockhampton. Ginger is their fifth studio album in two years and marks an interesting crossroads in the group’s history, following on from last year’s emotional and excellent Iridescence.

Ginger is the group’s most mature and well-rounded project to date and seems to be a more measured and focused response to the group’s past controversies, namely those involving former member Ameer Vann, than the raw emotion shown on Iridescence.

Opening track, ‘NO HALO’ is the group’s poppiest single to date and feels like their own take on a Post Malone-like low-key hit – except executed much better. The guitar riff that seeps throughout the song is complimented by excellent performances by Matt Champion and Merlyn Wood on the first few verses, joined by an excellent spotlight-stealing feature from Dev Never on the hook as well.

The other singles from the album, ‘BOY BYE’, ‘IF YOU PRAY RIGHT’ and ‘I BEEN BORN AGAIN’, also follow a more low-key approach, compared to some of the high-energy bops the group has become famous for – but the excellent and colourful production, combined with a mixture of catchy, funny, imaginative and insightful verses, more than makes up for it on each of the tracks in question.

‘SUGAR’ is one of the group’s catchiest tracks to date, with Bearface, Kevin Abstract and Ryan Beatty all laying down some of the most infectious bars in the group’s history. The song sounds like it would have been a massive RnB hit if it had been released 20 years ago and it’s one that’s absolutely guaranteed to get stuck in your head as soon as you hear it.

British artist Slowthai, who burst onto the international scene following his highly impressive debut album, Nothing Great About Britain, earlier this year, also features on the album. He gets a one minute and change song all to himself on ‘HEAVEN BELONGS TO YOU’, laying down verses very much of the quality you’d find on his own solo material.

‘DEARLY DEPARTED’ has several great performances from Kevin, Joba and Matt, but the absolute highlight is Dom’s verse – perhaps the angriest, most emotion-filled verse from the band’s discography, giving his opinion on the Ameer controversy with a personal twist – revealing that Ameer was behind the robbery of a friend of Dom’s, just after he moved to Texas to make music with Brockhampton. His audible mic-drop and door slam at the end of the verse only adds to the impact of it too, putting a metaphorical full stop on the events of the past year.

Another stand-out feature comes on the closing track, ‘VICTOR ROBERTS’, where Victor Roberts, a relatively unknown rapper, gets the spotlight to tell his story. He talks about growing up as a young kid in a house surrounded by crime, parental drug use and police raids, in one of the most emotive verses of the year so far, before Ryan Beatty and Bearface both lay down angelic singing verses to end the track and album.

Ginger is the most complete Brockhampton album to date and a fitting tribute to how much each of the members have been forced into growing up over the past 12 months – and that development very much bleeds into their music too, not only as a theme of the album lyrically, but also when looking at the project as a whole. It also marks another complete change in their sound from their previous records, the group and their fantastic producers, Romil and Jabari, proving once again how versatile they can be as a collective.