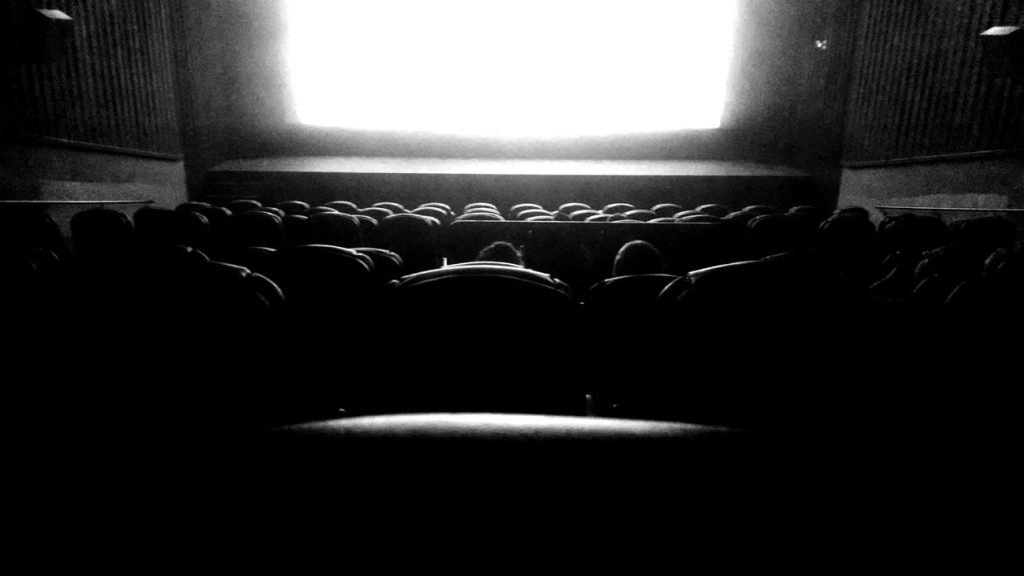 There is a point to argue that, quite often, the soundtrack is one of the most iconic features of a film or TV show. Whether it’s a catchy song or eerie score, a good soundtrack has the potential to solidify a film or TV show as a cult classic or a smash box office hit. In many cases of film criticism, the soundtrack is often left behind in favour of acting, directing or design. It’s often treated as the icing on top of an already delicious cake. But when a soundtrack is composed or placed well within a scene, the results can be excellent. And during this current ‘golden age’ of television, many TV shows have invested more effort in creating or obtaining excellent soundtracks to match the quality seen in many films. Here is a list of the best examples (in my opinion) of film soundtracks, both current and throughout the years.

The Graduate explores the very relatable struggle of finishing college and not knowing what to do with your life. In the opening title sequence, we see Dustin Hoffman’s journey back home to California after finishing college. He walks through the mundane airport to Simon and Garfunkel’s ‘The Sound of Silence’. Its melancholy sound translates perfectly to Benjamin’s feelings of uncertainty and isolation as he moves back home and has no idea what to do with his life. The inclusion of Simon and Garfunkel songs throughout the film also provokes a counter-cultural tone to the film, relating well to the sense of defiance the younger characters have against their parents and society. It’s the perfect soundtrack to your next college-related existential crisis.

One of the most powerful examples of music-implying-tone in a film is undoubtedly seen in Stanley Kubrick’s The Shining. During the opening, we see the Torrance family drive through the scenic mountains towards The Overlook Hotel. During this, the audience is subjugated to the foreboding sound of Wendy Carlos’ score, with a low synth playing the ominous main theme. While the visuals on screen may be beautiful, the music itself implies that what is to come will terrify you. The music throughout is chilling, ultimately adding to the sinister place that is The Overlook Hotel.

In this current climate of ‘80s nostalgia, Stranger Things has gained a lot of traction and this is mostly thanks to its soundtrack. The music, created by Kyle Dixon and Michael Stein, is a mix of ambient and hard-hitting synth beats that match well with the show’s aesthetic and tone. And, of course, the main theme heard at the beginning of every episode is so captivating that most viewers refuse to skip the title sequence.

Dark is a show that many have compared to Stranger Things, mainly because it’s also a sci-fi show involving kids on bikes and a large portion of the show is set in the ‘80’s. However, the Netflix German TV show really differs in its tone, especially when it comes to its music. Australian composer and producer Ben Frost applies his experimental style to Dark, creating an ominous atmosphere that comes with every twist in this show. Dark also employs songs from German experimental musician Apparat and US vocal ensemble Roomful of Teeth, to convey a chilling undertone to the bleak German town of Winden.

Now, I can’t really have this list without including John Williams somewhere, as his work on Star Wars truly made him a household name. The opening theme is so explosive that it already has you glued to your chair and excited by the time the opening crawl is finished. The ‘Imperial March’ perfectly represents the evil Empire in all its vastness and glory. The addition of ‘Rey’s Theme’ in The Force Awakens to the overall soundtrack of this franchise provides a beautiful, humble-sounding contrast to the brasher themes heard throughout.

Mindhunter’s original soundtrack, composed by American producer Jason Hill, is just as chilling as the plot of the film. As Holden Ford (Jonathan Groff) and Holt McCallany (Bill Tench) visit prisons to interview real-life serial killers, Hill provides a soundtrack consisting of haunting strings and an unnerving piano-based opening title theme song. If the plot of this TV show already makes your skin crawl, wait until you hear Hill’s music.