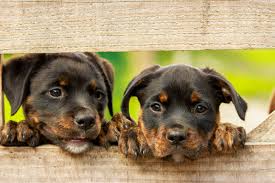 This article is very personal to me, with challenging topics that I struggle to comprehend, but that need to be talked about. I have included a story that’s close to my heart and that I hope can make you understand the gravity of the situation.

The truth of the matter is that puppy farming is currently legal to some extent in Ireland, with it being backed by government policy since 2009. There is a law that states that any premises with six or more breeding females needs to register with their local authority, but for every registered puppy farm, there may be many more operating illegally.

As of 2016, there were 73 registered puppy farms in Ireland. In that year, those farms churned out at least 30,000 puppies, and they’re only the ones that we know about, many more may have slipped under the radar.

The ISPCA has little to no power under current dog breeding establishments legislation to intervene in these farms. This is obvious by the blatant and rampant mistreating of dogs in these establishments. Many breeding dogs on puppy farms are born, raised, and currently living in squalid conditions. This needs to be stopped but the government are taking little action on this barbaric practice and the ISPCA can’t legally intervene.

Now, for the story; I got a dog in sixth class of primary school and there is a possibility, based on his life with me, that he was farmed. I chose him myself. I chose a miniature Jack Russell terrier and called him Biscuit. Soon after we got him, we brought him to the vet because he wouldn’t react to any sounds we made. The vet broke the news to us that our puppy was, in fact, deaf. He couldn’t eat ordinary dog food, it had to be expensive sensitivity control food. He had dry eye, which led to recurrent eye infections and, ultimately, the eye being removed.

He is still alive and kicking now though. He had a lump removed a few months ago, when we also found out that he had liver problems. A few weeks later he went downhill very quickly and two vet visits in one day resulted in us learning that he had pancreatitis and that meant a vet visit every day for a week when he was released from the vet. This was because he wouldn’t take his medication. He’s on low-fat food now and needs a liver supplement, but that can be mixed in with a spoonful or two of low-fat dog food.

Had I known he was farmed, that wouldn’t have made me love him any less, but I probably would have cried. Since coming to the realisation that he may have been farmed, I have tried even harder than I did before to give him the best life possible. At the time I got him, I wouldn’t have understood how bad it would have been for him and if I had known, I would have been inconsolable. It really isn’t fair on an animal who can’t defend itself or change its life from that of a creature stuck in a cage with no life.

Puppy farming should be abolished, and strict penalties put in place for those that break the law. Please, for all the Biscuits and other dogs out there, try not to buy from puppy farms and educate those who don’t know how bad puppy farms actually are.