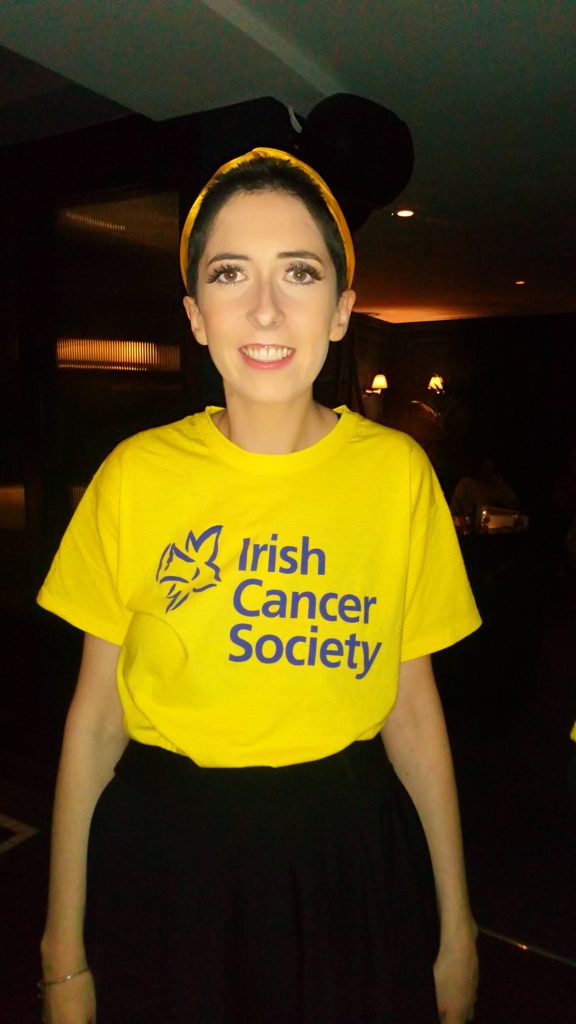 In January 2019, while in the heart of her studies at GMIT and aged just 25, a former NUI Galway student received the awful news that she had been diagnosed with leukemia. Since that time, the woman’s life has been completely derailed. Now on her fourth round of chemotherapy, the woman, who wishes to remain anonymous, has been forced to suspend her studies at GMIT and has been left “incredibly frustrated”, with her life effectively put on hold.

It wasn’t until May of this year that this woman shared the devastating news of her diagnosis with her close friend, Niamh Conroy. Niamh was initially shocked by the news, but immediately began thinking of ways to help. Her months of brainstorming and fundraising culminated in her ‘Shave or Dye’ event in Galway’s House Hotel last Friday, on September 13th.

On the night, Niamh donated a lengthy 17cm of her perfect, glossy black locks to the Little Princess Trust. Once the ponytail had been chopped off, Niamh went the extra mile, and shaved off the rest of her hair, save for a thin layer that she needs in order to look presentable for her working life as a midwife in London. As if this wasn’t all daunting enough, Niamh did it all under a ladder on Friday the 13th! 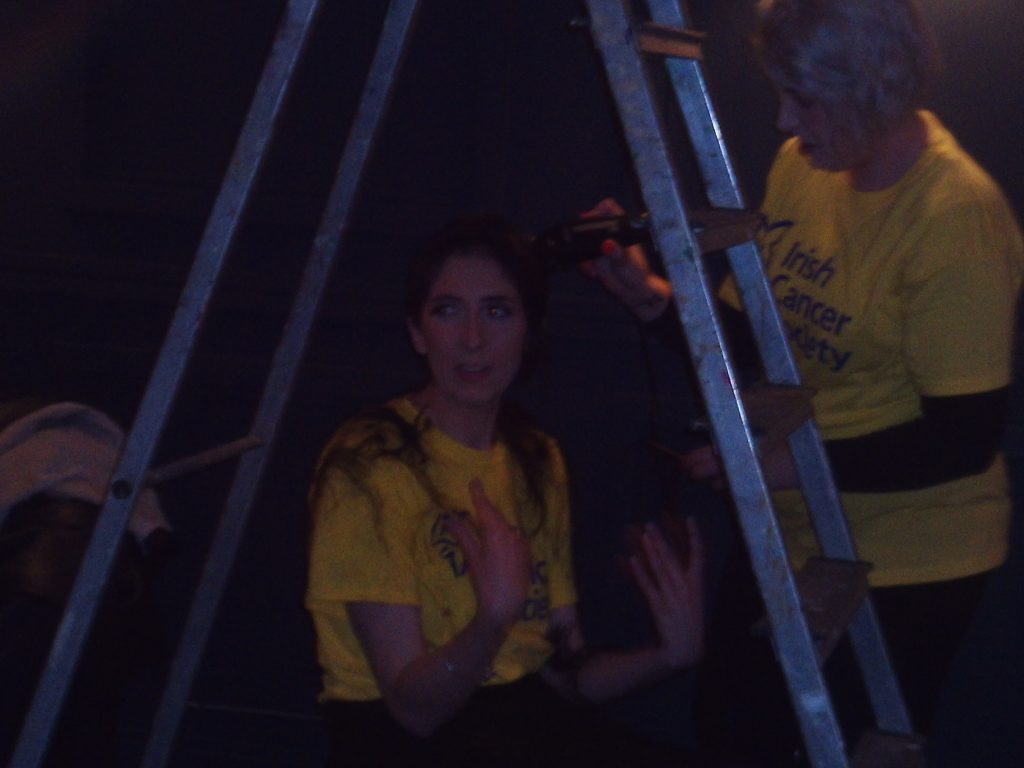 Niamh’s own friend has lost her hair during the four gruelling rounds of chemo in University Hospital Galway, and sadly, there is no end in sight until her friend finds a suitable bone marrow donor. “When you hear that you could make all this go away for your friend with just this bone marrow, your first thought is ‘Oh, I’ll just give them some of mine’, but sadly it doesn’t work like that” Niamh explains. Her friend’s immediate family have all already been tested to see if their bone marrow would be a good match, but so far to no avail. At the moment, Niamh’s friend is desperately waiting for a donor to become available through the national register.

The Shave or Dye event was a beautiful display of support from Niamh to her sick friend, as loved ones gathered in House Hotel to watch Niamh lose her hair willingly for a friend whose own hair and life, as she knew it, was taken abruptly by cancer. The whole idea of the fundraiser came from Niamh herself, in a bid to raise more awareness of her friend’s plight. “I knew I had to do something quite shocking to grab people’s attention” says Niamh “The addition of shaving my head under a ladder on Friday the 13th was also just a bit of humour in all the serious stuff that comes up with cancer. I wanted to do something a bit more lighthearted.” 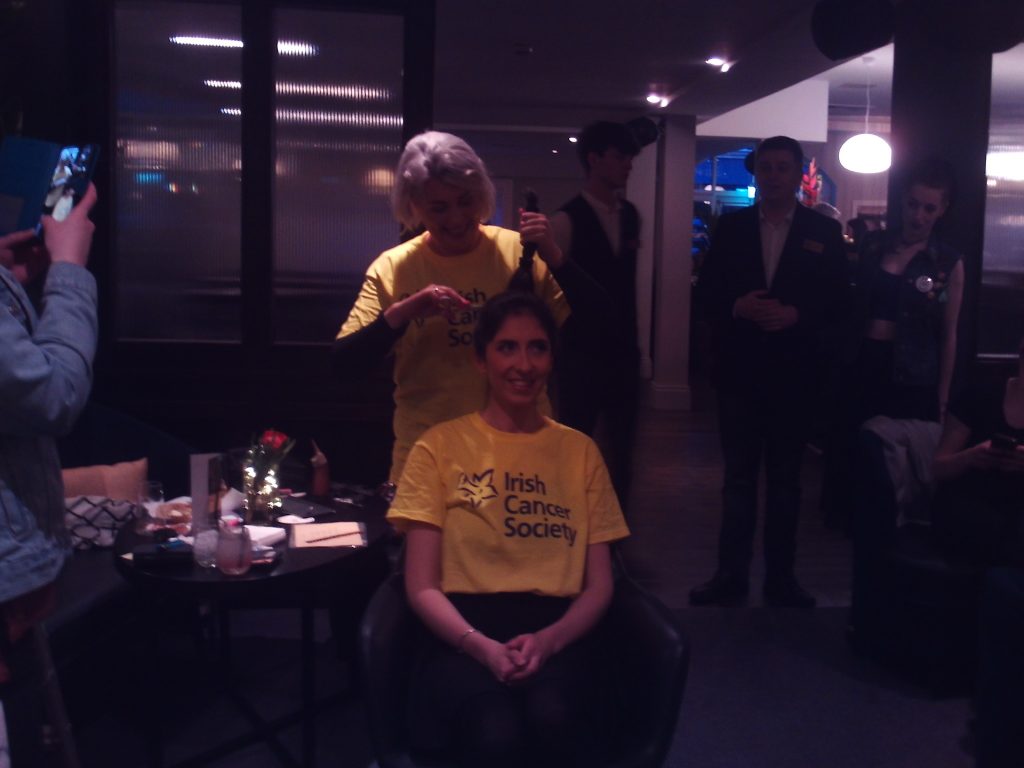 Not only did she donate her hair to the Little Princess Trust, but the evening was also in aid of the Irish Cancer Society. Collection buckets were being filled throughout the night in aid of the charity, and the raffle proceeds also went directly to the Irish Cancer Society. To date, Niamh has raised nearly €500 for the charity on her Just Giving page.

Even the location of Niamh’s head shave was a thoughtful gesture to her friend. “The House Hotel is somewhere my friend and I came for drinks often when we were in our late teens, so this felt like the right place to do this for her”, Niamh shared.

Through Niamh’s selfless acts to help her dear friend, it’s clear how close they are. The pair have been friends for over ten years, and in that time, Niamh’s friend briefly studied Arts in NUI Galway throughout 2012. As a result of this, Niamh is particularly hopeful that the NUI Galway community can gain something from her friend’s tragic situation.

“I would love to see more donation drives across colleges”, Niamh enthuses, “In my friend’s case, all the money in the world we could raise is useless. All she needs is the bone marrow. And it’s a very simple process to become a donor.”

The bone marrow itself is extracted from the pelvis in a very minor operation, and most people recover from the surgery within a week. This is a small sacrifice to make to save somebody’s life. A whole head of hair, however, seems a huge sacrifice to make, yet Niamh doesn’t see it that way; “Hair grows back, and it grows quicker than friendships” she solemnly tells SIN.

To find out how you can become a bone marrow donor, to help Niamh’s friend and thousands like her, head to www.giveblood.ie/bone-marrow.