Eyre Square was full of colour, energy and happy and astounded faces, as the programme of events for Galway’s year as the European Capital of Culture was launched last Wednesday night. 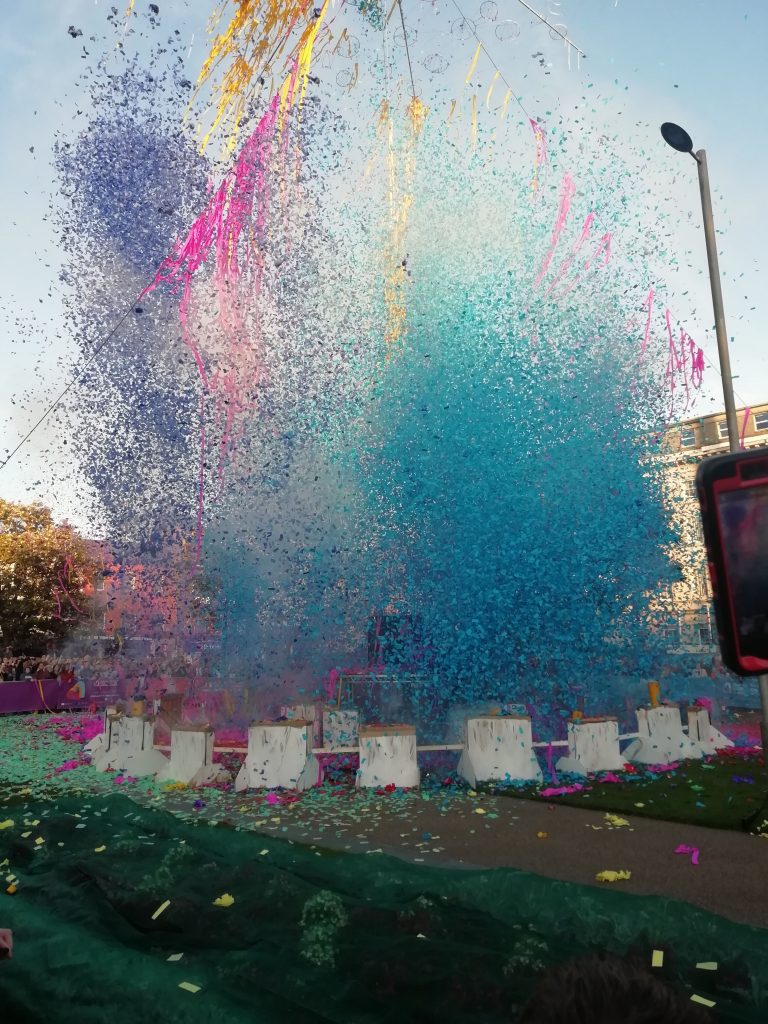 Despite starting around 40 minutes late, in typical Galway fashion, the performance that followed more than made up for any tardiness. Arthur Lappin, Chairperson of Galway 2020, was first up to the podium, first to apologise for the delay and then to begin the launch, “Tonight, it is genuinely thrilling to launch our programme of events for 2020”. He continued about the importance of being the Capital of Culture, announcing, “The eyes of the world will be on Galway in 2020”, before noting how the city itself can benefit from it, as it represents an opportunity to “rejoice in our diversity and excite our imaginations”. Minister for Culture, Heritage and the Gaeltacht, Josepha Madigan, then thanked all of the volunteers and added how this was “an unprecedented opportunity for both city and county to have a global spotlight on its creative talents”. She continued, “2020 offers a platform to celebrate our shared understanding and diversity of cultures within Europe. Galway is Ireland’s most multi-cultural city”.

Arthur Lappin once again graced the stage, this time to introduce the performers. Anna Mullarkey would perform an original piece, inspired by the Celtic seasons. She was accompanied by French performance company, Gratte Ciel, who amazed and enthralled the thousands that descended upon Eyre Square. The stunning vocals and piano by Ms. Mullarkey were complimented by the wondrous acrobatics of the 4 men who flew, hung and swung overhead. After an explosion of fireworks and confetti, the crowd’s attention turned once again to the stage with the big screen behind it, where Michael D. Higgins made a speech, outlining the importance of the year to come. Speaking to SIN at the event, Mayor of Galway, Cllr. Mike Cubbard, was eager to praise the performance. “Galway, being such a diverse city and full of culture, full of vibrancy, full of colour, I don’t think we could have had a better opening act to show that”. Regarding the actual programme of events that were launched, he added, “I was just reading through the book and even the book doesn’t do it justice, almost 2,000 events. This is only one flavour of what’s going to happen. Look around here now in Eyre Square, everyone’s just having fun, everyone’s smiling and this is the start of what’s going to be a massive year for Galway City and Galway County. I can’t wait for it”.