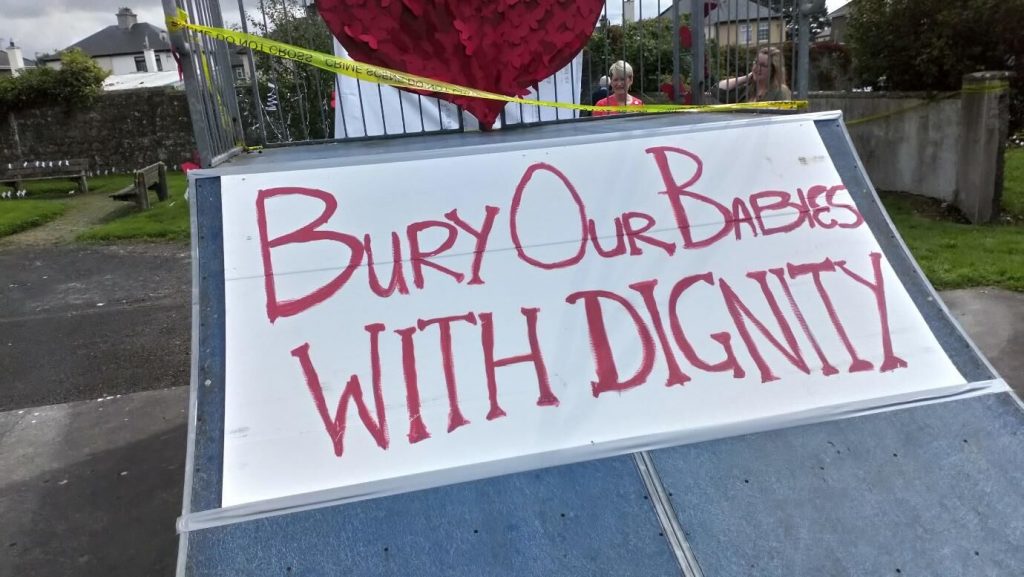 Sunday 25th of August 2019 marked a year since the original march to the site of the Tuam mother and baby home, to ask for the bodies of 796 babies and young children, who are thought to have died there, to be exhumed from the home’s septic tanks.

To commemorate this, people reconvened to partake in a vigil and discuss what has changed and what has remained the same in the span of the year.

People who arrived at the site were greeted with pairs of baby shoes tied to the railings of the site, which is now a playground. A reference to the Baby Shoes Remember movement, which involved people tying baby shoes to railings of churches and other religious institutions with black ribbon in commemoration of those who died.

The site was decorated with signs engraved with slogans such as ‘excavate now’ and ‘bury our babies with dignity’, as well as baby clothes and paper lilies for every child who is thought to have died there. Bigger paper lilies also adorned the site, to symbolise mothers who had lost their children. The lilies were located inside cordons, which outlined where the home’s septic tanks are thought to have been. 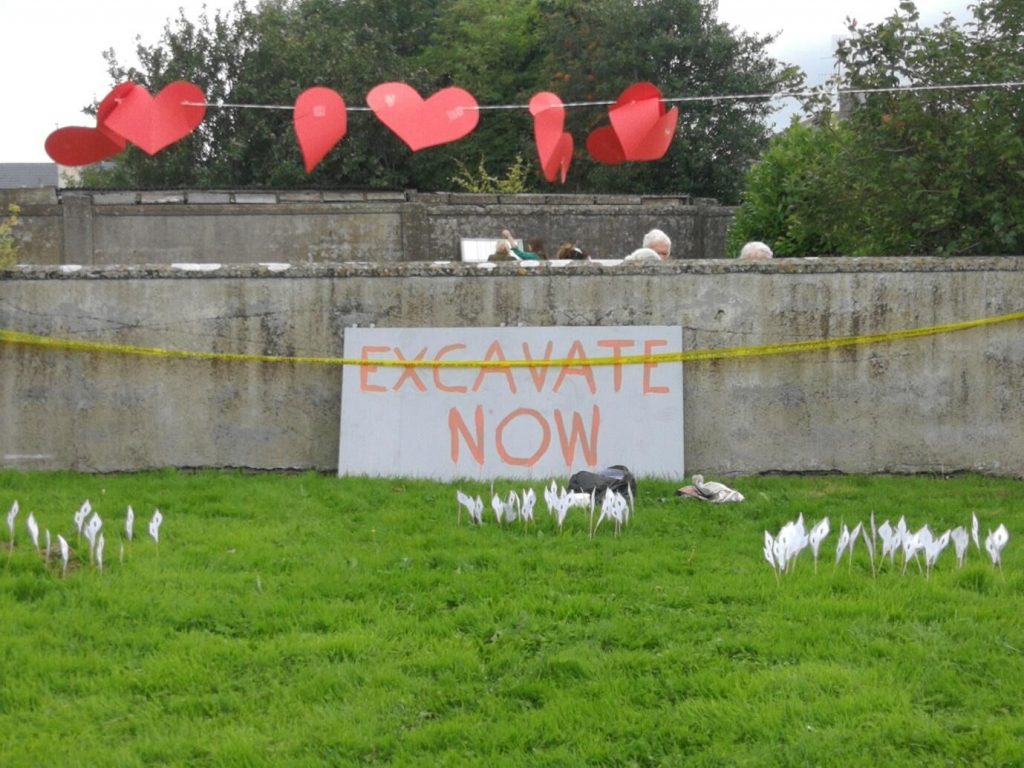 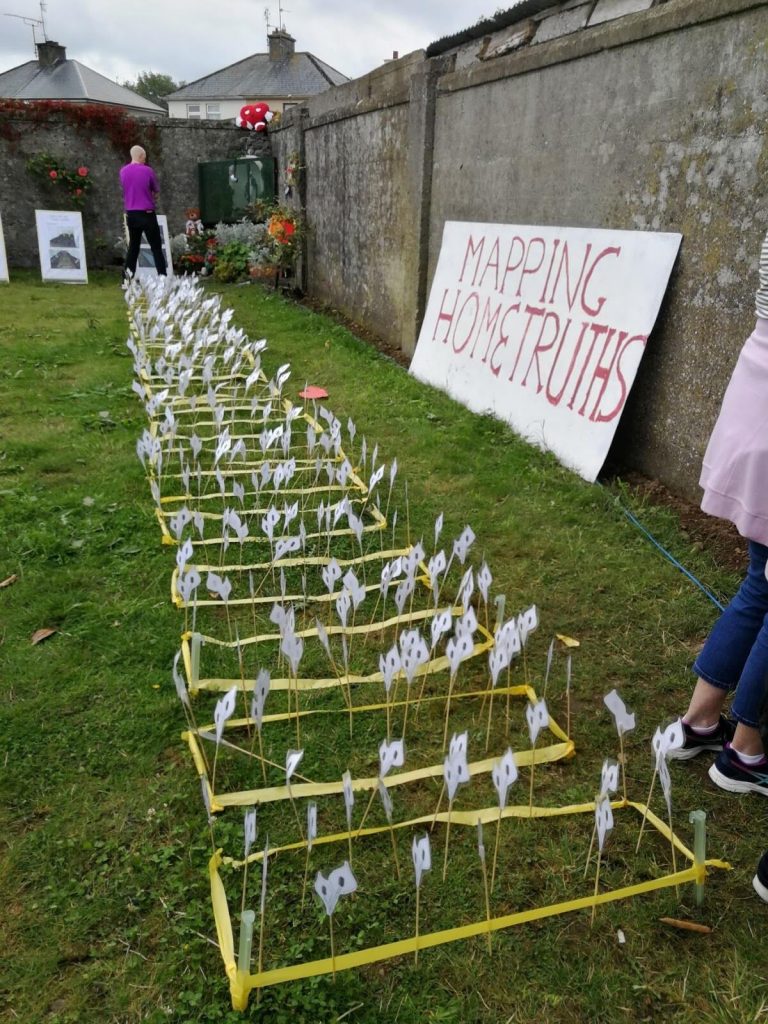 Speakers at the event included Catherine Corless, the woman who searched through all the death and burial records and found that 796 death records had no burial records, as well as survivors of the mother and baby home at the site.

Campaigners spoke about test excavations that took place last year when workers on the site found septic tanks, with bones in them, as well as a blue baby shoe. They also talked of lived experiences of those who were born at the home, their emotive testimonies moving some people to tears.

Survivors shared anecdotes of their time in the home. One speaker noted the sound of a dog barking during the vigil, recalling how he had never seen a dog prior to leaving the home, at the age of five.

Another speaker noted a white butterfly flying across the site, suggesting that it signified change. She was hopeful that developments would be made in the investigation.

Some people performed songs and recited poems that they had written about the trauma they had endured at the mother and baby home. Emotions ran high and tears were shed, compounding the sadness of those who were already upset from prior speeches.

Catherine Corless called on the organisations involved to make progress on the investigation stating; ‘This is a call for the Irish State, the church, and the Bon Secours order to listen to the families and the survivors, and to do something about this’.