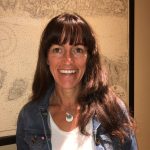 By Sadhbh Hendrick  NUI Galway’s Centre for Irish Studies has announced the appointment of Caitlín Ní Chualáin as Sean-Nós Singer-in-Residence for this year. For readers unfamiliar with the term, ‘sean-nós’ is generally understood to refer to songs in the Irish language. This is a style of singing, hailing from the Gaeltacht regions of Ireland. Singers perform solo, without … END_OF_DOCUMENT_TOKEN_TO_BE_REPLACED 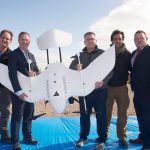 By Paddy Henry  NUI Galway and associated partners made history last week, with the completion of the first autonomous Beyond Visual Line of Sight (BVLOS), Vodafone-connected Vertical Take Off and Landing (VTOL) drone delivery of prescription medication and collection of patient blood sample for diabetes care  Supported by the Irish Aviation Authority, who gave the … END_OF_DOCUMENT_TOKEN_TO_BE_REPLACED 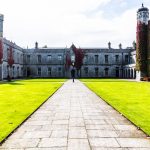 By Fergus Efe O’Donoghue   NUI Galway is set to host an all-Ireland Centre for Research Training in Genomics Data Science on its campus over the course of the next seven years.  The centre is one of six funded by the Science Foundation Ireland (SFI) and the first to have an Ireland wide remit, bringing cross-border collaboration.  Up to 115 PhD students are going to be … END_OF_DOCUMENT_TOKEN_TO_BE_REPLACED 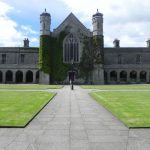 By Caoimhe Killeen  NUI Galway’s Students’ Union have launched its Life Skills initiative for the current academic year, 2019/20.  These Life Skills courses are aimed at all students who are seeking to improve their chances of employment during and after college. They are also orientated towards students who are looking to boost their CV’S. The new courses on offer … END_OF_DOCUMENT_TOKEN_TO_BE_REPLACED