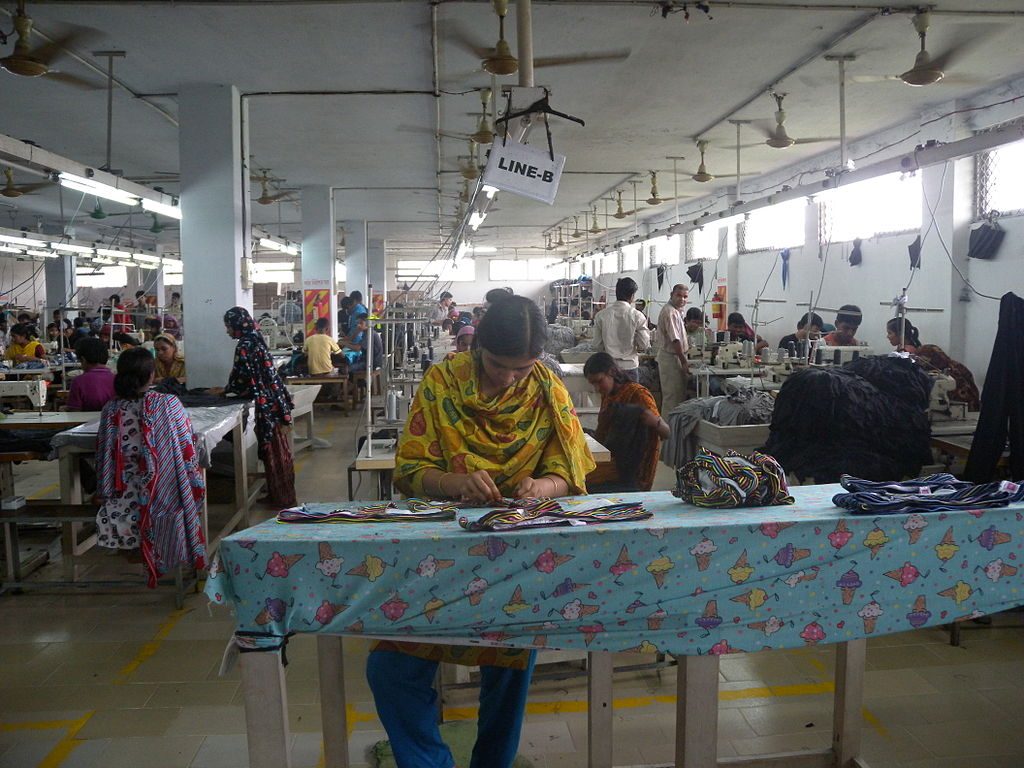 Mahatma Gandhi, one of the most prominent figures of the 20th century once quoted, “There is sufficiency in the world for man’s need but not for mans’ greed.” It’s truly amazing how far sighted his vision was, for the essence of this quote is sadly the way in which nearly everything functions around us. Today, the global apparel industry is nearly a $3 trillion market. Brands like Nike, H&M and Zara have almost consumed the planet, and are relentlessly regurgitating the need to buy more clothes.

It is absolutely undisputed that humans today are shopping for clothes at an exceedingly higher rate than they ever have in the past. Psychologists have identified this behaviour as a constant need for self-validation and needless gratification. But there is an extremely dark underbelly behind every clothing apparel that we proudly boast on the street or on the ramp, which nobody is talking about. Problems ranging from a ruthless supply chain, to the charade of Corporate Social Responsibility and a draconian business model which squeezes every drop of blood from daily wage workers in third world countries.

Upon application of the simple “cause and effect” perspective to the global apparel market, it is revealed that the effect far outweighs the cause in every single department, from having global repercussions on lives to causing prodigious damages to the environment. The cause for instance is simple – hunger, greed and the want to buy far more than we need. The effect is haunting. It has led to the creation of “Fast Fashion”, which has overhauled the way people purchase clothes. It has led to the outsourcing of the entire production unit to countries where labour is dirt cheap. But what it has not done, is be accountable for the ghastly consequences.

One such consequence was in Dhaka, Bangladesh, where an eight-story building collapsed, killing more than 1,000 workers. They were buried alive under the rubble while making clothes at less than $3 a day for global apparel brands. The Raza Plaza collapse received unprecedented media coverage, exposing the harrowing conditions of garment workers in Bangladesh. It was the single worst garment-industry disaster in history. Despite this, Bangladesh remains the world’s largest garment exporter after China, mainly because of unions having limited power and cheap labour. All of it boils down to literally one fact – corporations aim to maximise profits at all costs.

The mandate of “profit at all costs” has resulted in the companies going against exactly what they stand for – values and ethics. Richard Wolff, an economist, pointed out that amongst all the systems that could be criticized and held accountable for better ramifications, the economic system got a free pass. He firmly believes that the system thrives on capitalism, and in no way can be questioned. It is the system itself that is flawed.

What sounds particularly outlandish is when activists talk about maternity benefits and pensions for daily wage labourers in Bangladesh, or any third world country for that matter. The reason for this is because when you’re reaping the biggest profits out of these workers and pushing them to the bottom of the value chain with an iron fist, the only thing that matters to them is survival.

The True Cost is an exceptionally thought-provoking documentary and a brilliant work of cinematic art. It makes us realize all that has gone behind the making of a simple dress, or a pair of leather shoes. It makes us thoroughly introspect about the worth of these items and could possibly give birth to an alternative thought process for the future.