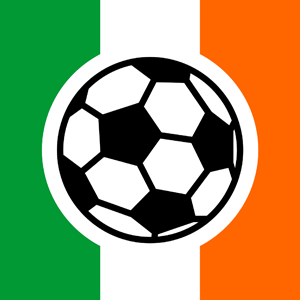 Note: This article was published in SIN’s print edition before John Delaney’s Oireachtas appearance on 10 April.

With the recent international break leaving many fans feeling slightly less entertained than they would be with the usual hullabaloo of the club game, the FAI have stepped in to provide us with enough off-field distractions to shock and bewilder supporters accordingly.

Just days before Mick McCarthy’s (second) first competitive game in charge, when the focus should have been on a new era, of sorts, word started to spread of the latest scandal involving the FAI, their finances and their chief executive, John Delaney.

This scandal has had such an impact that, in fact, it broke into the realm of politics and led to Delaney stepping down from his role of Chief Executive, but then taking up another role within the association, the previously non-existent role of Executive Vice President.

This all stems from the press’ discovery of the staggering information that Delaney had to loan the association €100,000 in April 2017 to solve some “temporary cash flow issues”.

The “bridging loan”, to use the FAI’s own words, was paid back to Delaney in full by June of 2017, after the association received their annual funding from Sport Ireland. The necessity of this confusing financial manoeuvre has raised many eyebrows and has, in a broader sense, called into question the running of the association and the role of Delaney within it.

While the news of this loan has had such a profound impact, it might have never become public knowledge at all. The Sunday Times reported that Delaney, upon hearing about the publication of this story, attempted to take out an injunction to prevent it getting to the shop windows.

This failed in the High Court and from then, the FAI and Delaney were forced to employ some damage control rather than damage prevention. They adopted a stance of transparency, revealing they were to conduct an internal inquiry into the running of the association and the role of those in charge.

A Delaney-headed FAI delegation will also sit before the Oireachtas Committee for Sport to answer some long overdue questions. The FAI have now asked if the Oireachtas want to move that meeting forward, probably hoping enthusiastic co-operation will make their meeting a tad more friendly. Fast forward to the day of Ireland versus Gibraltar and the story gets another mystifying chapter.

After crawling hands and knees to a 1–0 away win over Gibraltar, Irish fans could have done for some cheering up. Many thought they had got just that when the news broke that Chief Executive John Delaney was to step down from his role, with Brian Kerr on Virgin Media’s coverage of Spain v Norway sternly pleased at the fact Delaney’s “vice iron grip” of the association was to come to an end.

However, in a highly unorthodox tactic, the FAI announced Delaney was not leaving, but rather just switching position, one that didn’t yet exist, that of Executive Vice President. The association’s current Chief Operating Officer, Rea Walshe, will step in as interim CEO and her and Delaney will share the responsibilities and duties that poor Mr Delaney had to do all by himself before. This was just days after TD Noel Rock had called on Delaney to straight up resign, saying he couldn’t justify his “Rolls-Royce wages”.

Delaney’s salary was a huge talking point upon discovery of the loan he gave to the FAI, understandably I must add. The association needing to borrow money is far from ideal at any point, but still in itself is quite mundane, especially when they were just shy of receiving their annual funding from Sport Ireland. However, €100,000 is a lot of money to be short for two months.

Now consider this bombshell. John Delaney, as Chief Executive of the FAI, earns €360,000 a year, a mind-boggling amount of money in anyone’s eyes. Let me boggle your mind further by providing some context to this figure. The Taoiseach’s salary for one year is €185,350, which is just over half of Delaney’s salary.

The President of the United States, in one year, earns a salary of $400,000. If you convert that to euro, it drops to €352,000 (still some €8,000 short of Mr. Delaney). The public disclosure of this loan has led to many people asking, if it’s possible for the FAI to need to borrow €100,000 from their Chief Executive, then how are they able to pay him so much money yearly in the first place?

Since Delaney’s new position has been invented, it’s been revealed he will be taking a significant pay cut, however, is that enough? If the FAI was a university, for example, one would presume Delaney had been given tenure and therefore could be moved position but not removed, however, this isn’t a university, this is the FAI.

Over on Virgin Media’s aforementioned coverage last Saturday evening, Kerr went on to talk about how willing Delaney was to let certain people go from the association, possibly hinting at his own strained relationship with the FAI. Cutting ties, however, doesn’t exactly seem to be a universal rule of thumb, if Delaney himself is still kicking around the offices up in HQ.

Who knows what, if anything, will come out of the FAI’s internal inquiry or the Oireachtas meeting? However, it’s something to keep an eye on next time you find yourself stuck on an international break, wondering where your weekly fix of pure, unadulterated scandal and controversy will clamber out of.