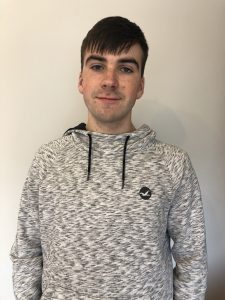 In the immortal words of Jim Morrison’s ‘This is the End’, the one thing I can say about this year is that it flew by. It only feels like yesterday that I was submitting my first diary just hoping that I didn’t screw it up. To be totally honest at first I regretted taking the column because I don’t live that interesting of a life, and I thought I’d struggle getting 500 words written for every issue, but how wrong could I be?

I can confidently say that it has been a pleasure writing this column but I’m not sure I could say the same thing for you reading it. I definitely underestimated how many different things that I had an opinion on from Netflix shows I hardly watched to study methods. I found out it’s very easy to have an opinion on things that frankly no one really cares about. You know the old saying, “Opinions are like a**holes, everyone has one.”  However, I kept writing it, and someone I assume kept reading it.

Though there is no point talking about how the year is over when we’ve still got those dreaded exams to think about. Personally, my exam timetable could not have been more unfair. Two exams on the second day, come on, we have three weeks of exams and only a few exams to do, it’s like they are setting me up to fail.

I have a half nine exam and normally I’m hardly up by half nine most days, and then another at half four. I know for a fact that it doesn’t happen in any other university in Ireland, so why do we have to put up with it?

Saying this, I’m now going to completely contradict myself by saying that a near four-month summer holidays is pretty good though, and enough time to earn yourself enough money so you’re not penniless by next September. I know there are many people who, like myself, are starting to look for summer jobs so they won’t die of boredom by July. The job market is a cruel, unforgiving place where the success rate for even an interview is depressingly low, or maybe it’s that just me. I couldn’t even imagine what it’s like for final year students trying to get a full-time job and studying for one of the most important exams of their life at the same time. I prefer to stay in my first-year bubble for as long as I can.

Getting back to my first point about my experience writing this column, it has helped me with my own writing. It has been an amazing experience and has definitely been a release for me, otherwise who would pay any attention to my ranting? I would finally like to thank features editor Olivia Hanna and Editor Áine Kenny in encouraging me to write anything I wanted no matter how pointless it was. Lastly good luck to everyone in the exams and have a great summer.