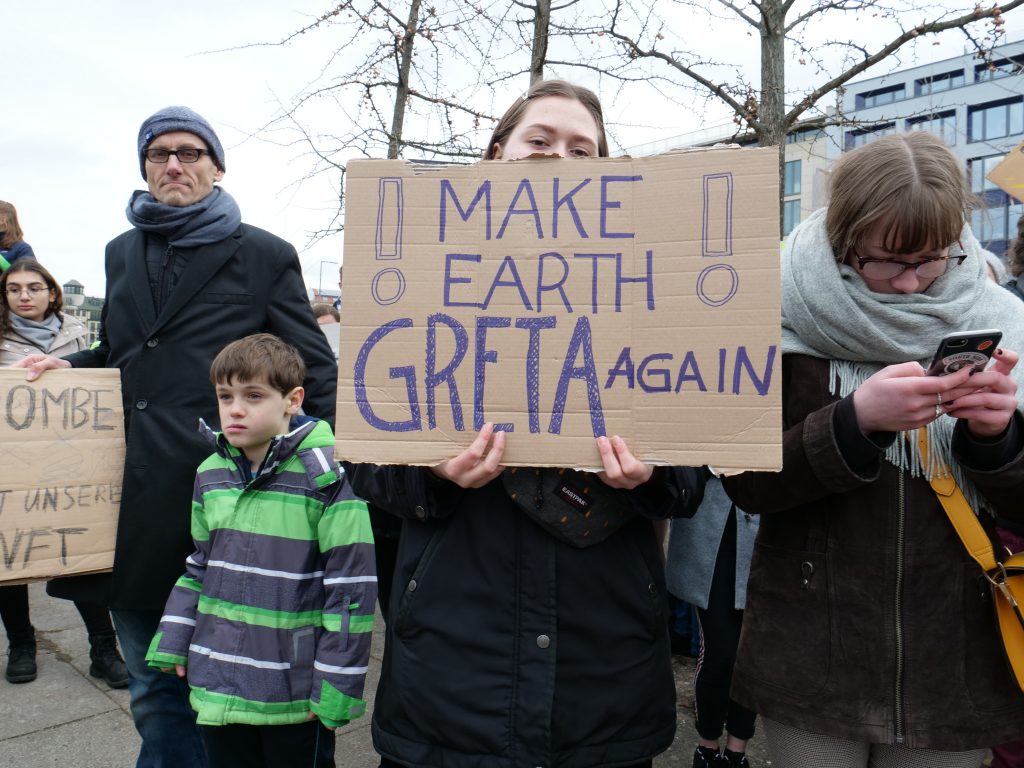 On Friday 15 March thousands of Irish school children up and down the country took to the streets to protest about what they believe is the government’s inaction with regard to climate change.

This was part of a global movement started by Swedish 16-year-old Greta Thunberg who recently spoke in Davos at an economic forum.

She first protested outside the Swedish Riksdag, holding a sign that read “Skolsterjk for Klimatet” or “School strike for climate change.”

Her speech, similar to the one she made last year at a UN Climate Change Conference sent shockwaves around the world.

“Adults keep saying, ‘We owe it to the young people to give them hope,’” she said.

The strikes that took place last month emphasized the need for fossil fuels to be abandoned, a sustainable energy source to be established, for ocean temperatures to be reduced and that the responsibility lies with the government and not just the Irish people.

The students also wanted the Government to declare a climate emergency, and to communicate the severity of the crisis to general public, including to school students through the reform of the educational system.

In the build-up to the strike, which was supported by some parents and teachers but also proposed as a moral dilemma for others, weekly protests were held in Dublin, Cork and Maynooth.

The protests were held since late December and were part of a movement known as #FridaysForFuture.

Some school principals wrote to parents before the protest in an attempt to encourage students to stay in school.

The main Irish actions were organized by a loose coalition of second-level students in the Cork and Dublin areas.

However, students from schools in many towns around the country also held local demonstrations, including the one here in Galway that took place in Eyre Square.

Minister for Communications, Climate Action and Environment Richard Bruton met protesters in Dublin and paid tribute to their “passion and engagement.”

Despite this, demonstrators have asked for action rather than words.

Greta Thunberg has been nominated by three Norwegian MPs as a candidate to receive this year’s Nobel Peace Prize.

If she were to win, she would be the youngest recipient since Pakistan’s Malala Yousafzai, who was 17 when she received the prize in 2014.

Ms Thunberg tweeted she was “honored and very grateful” to receive the nomination.