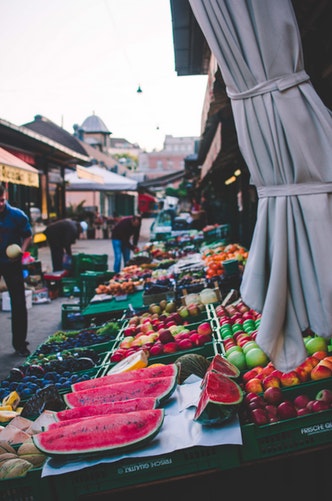 It’s no secret what we put into our bodies on a daily basis affects our own health status but something we may not often consider is how it affects the health of our planet. Farming, particularly livestock farming, plays a major role in climate change, the destruction of habitats, and the pollution of rivers and oceans.

With a staggering ten billion people expected to inhabit planet earth by 2050, the current diet we have is extremely unsustainable and is thought to cause severe global warming as well as increased global health problems.

When it comes to the biggest polluters, what usually comes to mind is cars, right? What may come as a surprise is that animal agriculture is actually responsible for 18 percent of the greenhouse gas emissions produced worldwide (according to the Food and Agriculture Organization of the United Nations). This is not only more than all the cars, but is more than the combined exhaust from all transportation.

It’s becoming clear that one of the biggest steps one can take towards being more environmentally friendly is eating less meat. The planetary diet is the first science-based diet that aims to tackle both the global issue of poor diet and to prevent the looming global catastrophe that environmental degradation is predicted to cause.

The planetary health diet was devised by an international commission and aims to provide nutritious food to the world’s ever-growing population. The most radical aspects of the diet are that red meat consumption and sugar consumption need to be cut by over half. For Europeans, it’s suggested we eat 77 percent less red meat, a feat that may prove difficult to the carnivores of the Irish population. Consumption of vegetables, fruit, nuts and pulses is required to double.

The planetary diet is somewhat similar to that of a flexitarian. It is plant-based and allows the recommended 2500 calories a day. It also allows a single serving of red meat a week and two servings of fish, with the majority of protein intake coming from pulses, beans and nuts. The diet also limits dairy with a glass of milk, a serving of cheese or butter a day fitting within the guidelines. An egg or two a week has also got the all clear from the experts.

Although reducing meat and dairy may seem impossible to us Irish, who were reared on meat and two veg and cheese sambos, the diet is in line with traditional diets such as the Mediterranean and Okinawa diets. It’s varied and colourful, and doesn’t require deprivation of any form, and if it could save the planet why not give it a go!