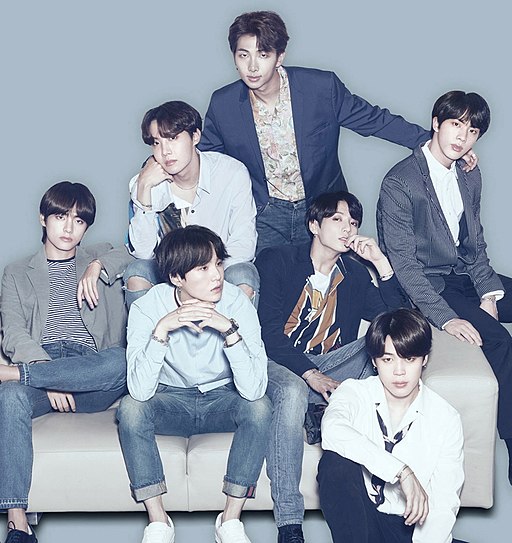 Nearly everyone in our modern world has heard of K-pop, the South Korean craze taking the world by storm. Be it that you’ve only heard ‘Gangnam Style’ (yes, that’s K-pop), like that ‘Fake Love’ song by BTS, or are a hardcore stan of an obscure group (translation: you like them a lot), you have more than likely had an exposure to K-pop.

K-pop has become more and more popular over recent years. Before ‘Gangnam Style’, not many people in the western world knew K-pop existed, never mind actively listened to and enjoyed it. However, that all changed with the iconic song, dance and music video by PSY, the man who made 2012 too weird for any of us to handle.

Nowadays, things have changed drastically. There are thousands of K-pop fans in Ireland and counting. There are K-pop parties in Dublin every few months, which often have special visits from idols (translation: South Korean celebrities) and there is even a quite well-known K-pop group coming to Ireland in the coming weeks. So yes, the hype has spread this far. There is also an event in America called K-Con where idols and fans of K-pop and Korean culture congregate to have a good time and spread awareness of the genre.

I’ll take a look at some of the most popular groups and how they’ve influenced our culture. Firstly, the biggest boy group at the moment (arguably) – BTS. These seven boys have the power to have music charting all over the world. BTS have played Asian tours a number of times. They have done a few tours in America and have even toured Europe. They are coming back to Europe and, if you want perspective, they have an Irish and British fanbase big enough to sell out Wembley Stadium. That’s a sign of a good boy group.

Next, I will look at the biggest K-pop girl group at the moment – Blackpink. They are a four member girl group who are following BTS in making a name for themselves in western society. They played the prominent show ‘Good Morning America’ in January and have a world tour coming up as well, with a number of North American dates announced. Their music has charted in the United States and around Europe, similar to that of BTS. They are definitely trailblazers for new music coming into the mainstream.

Finally, I will give some notable mentions. PSY, of course, took the world by storm with that iconic dance move and other similar gimmicks. NCT are a group with a number of subgroups, and one of their subgroups, NCT 127, is doing a North American tour this year. There was also a slight trend at the start of last year where a song called ‘Bboom Bboom’ by Momoland began charting all over the world and almost broke a number of K-pop records on YouTube.

To conclude, K-pop does seem to be taking the world by storm and we’ll just have to see who makes it big next. Who knows, it could be one of your favourites!