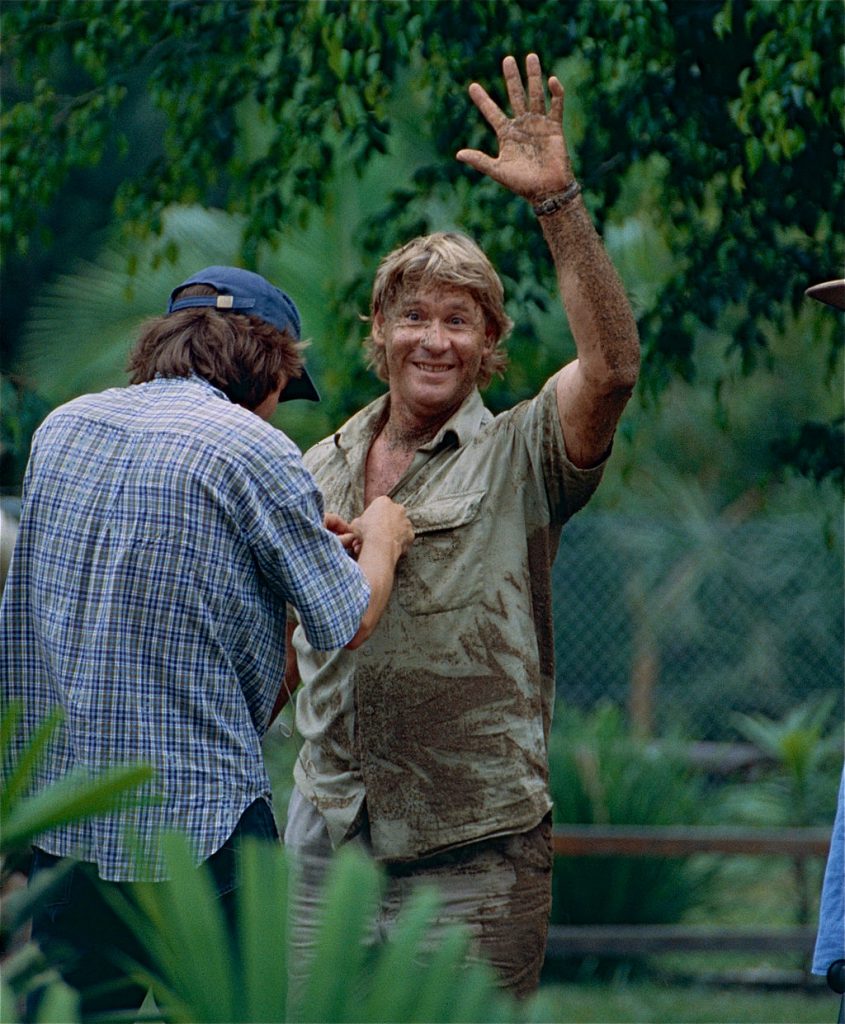 This year we celebrated Steve Irwin’s 57th birthday on the 22 February and Google celebrated with us, honouring Steve’s life and all of his work by customising the Google Doodle. However, PETA (People for the Ethical Treatment of Animals) had other ideas.

Typical for organisations like PETA, they decided that instead of celebrating Irwin’s life and the charitable work he did for the conservation of animals, they criticised him on Twitter, saying: “#SteveIrwin was killed while harassing a sting ray; he dangled his baby while feeding a crocodile and wrestled wild animals who were minding their own business.”

First of all, the absolute cheek of PETA. Let’s address one thing first, blaming Irwin’s death on himself is incredibly insensitive, and PETA should have expected backlash for that alone. Yes, Irwin often tried to make his shows such as The Crocodile Hunter more entertaining by being hands on with the animals, but at the end of the day Irwin was the David Attenborough of our time. He taught a whole generation about wild life and taught us that animals are not as dangerous as we think they are, and that they do not deserve to be hurt or killed. He introduced kids in particular to the exciting world of nature.

It’s also important to note that PETA really can’t say much about harassing animals. In PETA shelters, over 81% of the animals are euthanised. In 2014, out of the 3,017 animals in PETA shelters, 2,455 were euthanised, 162 adopted, 363 passed onto other shelters, and 6 reclaimed by owners. Accusing Steve Irwin of being abusive towards animals is completely hypocritical; maybe they should be spending more time on improving their own organisation and less time fishing for publicity on Twitter.

Steve Irwin not only educated so many of us worldwide, but he was a charitable man as well. Any money he earned through ad campaigns went straight to his wildlife fund. He encouraged the conservation of endangered animals, as well as the preservation of the habitats in which they lived.

He founded The International Crocodile Rescue, and the Iron Bark Station Wildlife Rehabilitation Facility, both of which helped to rehabilitate animals and protect them. Irwin also openly spoke about poaching, and how he was against it and encouraged people not to stand for the murder of animals, yet PETA choose to twist his work and make him look bad.

It’s completely absurd that PETA would call out a man who did so much to help animals and worked so hard to diminish myths about them and educate the public. PETA could have just as easily praised Irwin and highlighted the good work he has done. There was an outcry of people criticising PETA for their harsh words about Irwin, and a collection of memes made to show how utterly confused everyone was over PETA’s accusations. Most importantly, the memes and tweets showed support for Irwin, defended him, and showed a worldwide love and respect for him, which is something PETA should have done. Twitter wasn’t going to let PETA ruin Irwin’s birthday.

Overall, the memory of Australia’s finest wild life explorer Steve Irwin was honoured, despite PETA’s input. We all remember him fondly, most of us cherish him as a childhood memory, and his legacy as well as his organisations live on to inspire others to help animals like he did.